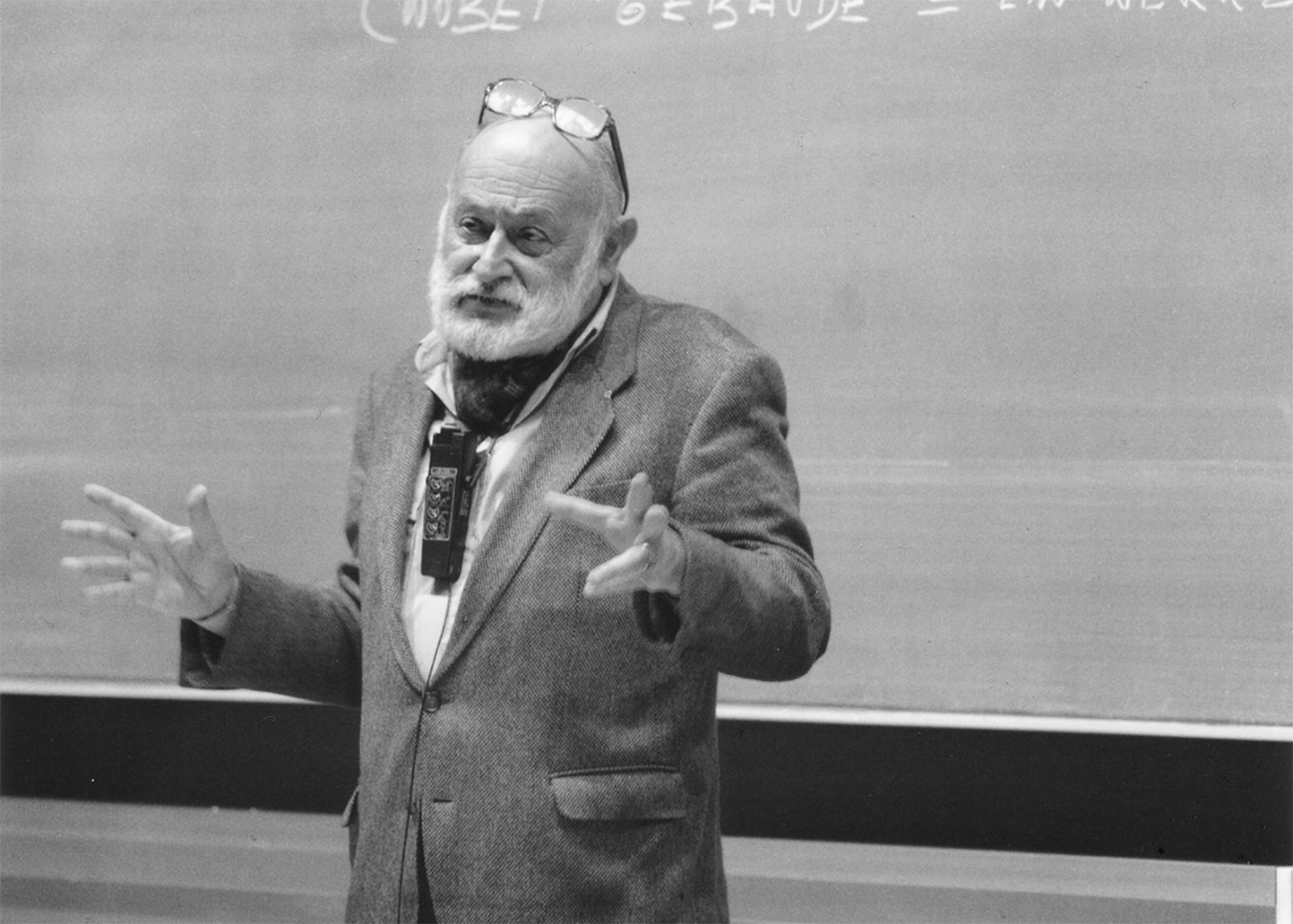 Vilém Flusser was one of the most original philosophers of the second half of the 20th century. And it is only now that we are beginning to understand much of what he wrote in the 1980s.

Born in 1920 in Prague, he took refuge in England in 1939. The following year he emigrated to Brazil, where he lived until 1972. Although his first book, Language and reality (1963), already shows traces of the force of his philosophical thinking, it was with his theory of photography and technical images that he showed his powerful intellect. In his dialogue with the thinkers of his time, he can be considered the heir to the theory of photography developed by Walter Benjamin. In “The photograph as post-industrial object” (1985), a summary of his theoretical work on media, Flusser accurately describes the world of the web before it was created. The dilemmas of this universe, which waivers between control by an administrative technocracy and the promise of a communications utopia, remain a challenge.

Benjamin, one of the great critics of historicism – the triumph of the modern view that everything should be historicized – realized that the age of technical reproduction is a post-traditional moment, in which we break with the past. In the era of photography, it no longer makes sense to distinguish between the copy and the original, even less the concept of authenticity. Flusser, in turn, noted that historicism was the result of an ancient struggle between writing and images, and that post-historic man, after the end of conceptual thought and criticism, would be the result of a new triumph of the image over the written. In photography, he saw, above all, a device that acts as a black box (Towards a Philosophy of Photography, 1983). What is critical – and this is something that Benjamin did not perceive – is that to dominate it, we do not need to know how it works. Photography gave the start to the post-deciphering era; through it we deal with the world through an “imaginative capacity of the second order”: the machines imagine for us. It is of an importance equal to the invention of writing and our being able to use our hands after our transition from a quadruped to a biped. Imaging enables the reunification of thought and frees it from the conceptual empire.

The path that Flusser identifies in the revolution which technical imaging started can only be followed if we are radically critical of these images, now in the hands of programmers, who impose their messages upon them. Technical imaging is born, so to speak, fascist – and historical fascism was the pinnacle of this cult of the image. With his black box philosophy, Flusser concluded that it would be our responsibility to dismantle a society dominated by machines. For him, photographic criticism coincides with criticism of functionalism – which remains on the agenda.

In the book Into the universe of technical images (1985), the photograph appears as a kind of pioneer of technical images, prior to the electronic still images which have now taken their place. In this work, Flusser deepens his critique of modern society while presenting a new society, dialogical and telematic, composed of image creators and collectors of images. This information society would be led by play, and not by work – a utopia with tones of Baudelaire and Benjamin. If in Towards a Philosophy of Photography Flusser’s critical model tended to a dystopia, it now adopts a character closer to utopia.

Like Benjamin, we see in this philosophy of technology and media an interaction with the philosophy of history, of language and translation. Flusser continued his pursuit of his philosophical project, reflecting on the movement between tongues and languages, and between the past, present and future. His vision of a time out of time, of a non-history championed by imaging techniques is as dizzying as that of Benjamin, who also pointed to a moment in which past, present and future would meet under the shelter of a society without exploitation and without violence. In Flusser – as in Benjamin – this utopia is born of a feeling known in German as Bodenlosigkeit (groundlessness). ///

Márcio Seligmann-Silva (1964) is an essayist, literary critic and professor of Literary Theory and Comparative Literature at the University of Campinas.