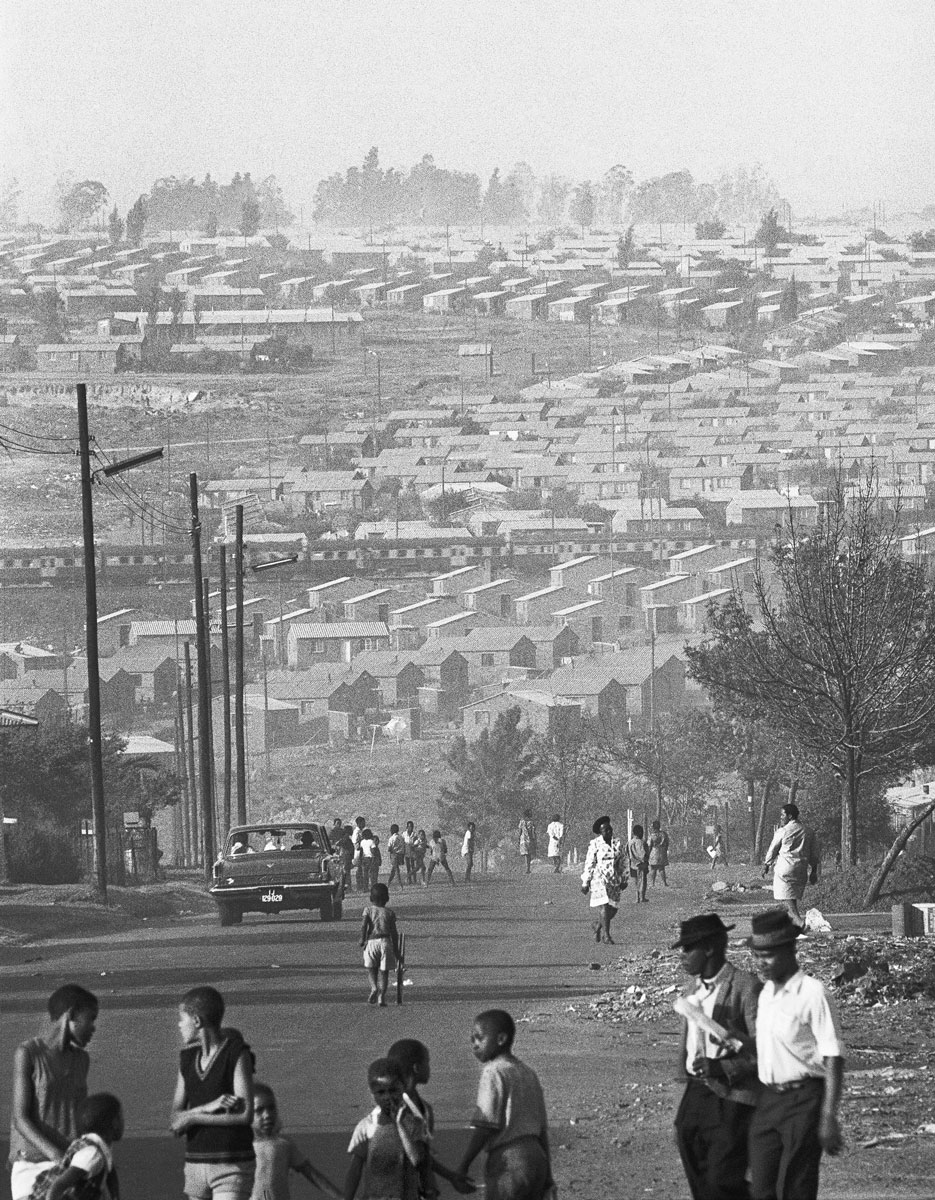 In the early 2000s, David Goldblatt (1930-2018) was at home with his wife when a gang of criminals burst in. The hours of terror only ended when the invaders left. Despite the personal consequences of the traumatic event, for the great chronicler of South African apartheid this was the starting point of a new photographic series.

Ex-Offenders at the Scene of Crime (2008-16) opened an unprecedented path for the work of Goldblatt, by that time already highly respected. The artist’s proposition was to portray the criminal at the scene of the crime for which he or she had been sentenced to prison. An account by the offender displayed below the photographic enlargements served as caption. Written in the third person, these texts, more evocative than narrative, reinforce the sensation produced by the offender’s direct gaze at the camera.

In one of the most impressive images of the series, however, the subject, Sammy Matsebula, avoids the lens. He looks towards the lower right corner of the frame, his gaze escaping ours, as his tenseness is revealed by the clenched index finger and thumb of his left hand. His slim body only fills half the image, while a large, empty space occupies the other half – the impersonal landscape of a parking lot – prompting us to reflect on the volatile nature of crime, which in a fraction of a second can leave indelible marks. 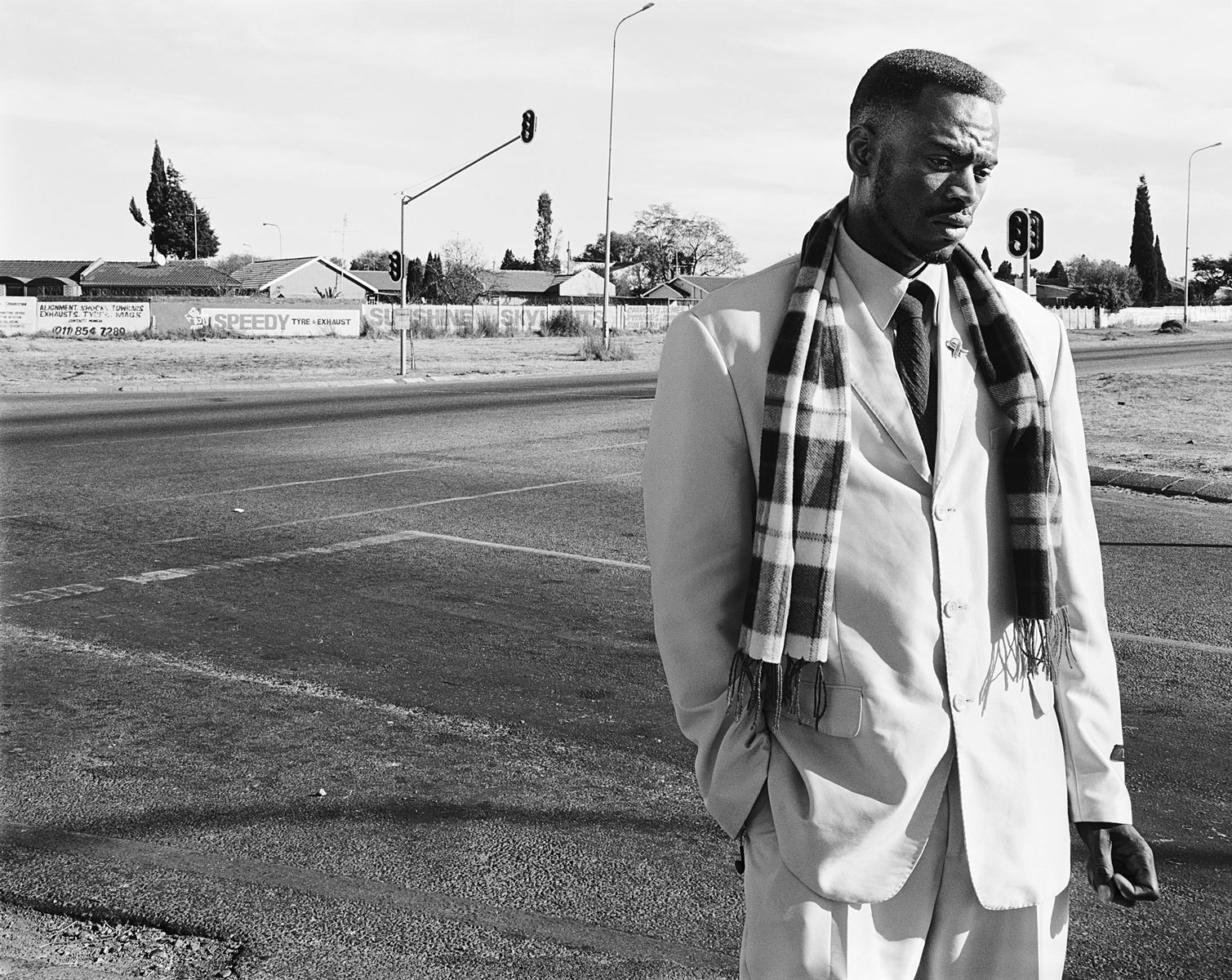 A selection of photographs from the series was first shown at the 2011 Venice Biennale, in a room specially designed by Polish artist Monika Sosnowska. Despite the strength of the images, there is no obvious sign of redemption in them – rather a moment of contact between the artist, the subject, and the spectator by means of the photograph.

These works are at the same time a manifestation of the perplexity of the portraitist in the face of violence and a moment of catharsis for the person portrayed, who received a modest fee to participate in the project. Goldblatt donated the money he received from the sale of the photographs to institutions committed to the rehabilitation of ex-offenders. Without assuming the place of the victims of the crimes, the artist humanized the situation with great empathy. In a text about the series, he states: “Having been a victim, I have asked myself… who are they? Are they monsters? Are they ordinary people?… Could they be my children? Could they be me and you?”

As Goldblatt considered his photography a political activity, we may ask whether, in Ex-Offenders at the Scene of Crime, that activity is not being taken to another level, extrapolating classical notions of justice (“what goes around, comes around”) and portrait (the separation between the artist and their subject). It is not a question of achieving closure for the cases, but of creating an image that is neither a verdict nor a punishment.

While joining a rich tradition of forensic and journalistic photography, ranging from mugshots to Weegee’s crime scene shots, these images do not seem to have a clear intention. “I do not have an agenda. Maybe that’s why the ex-offenders often talk openly to me,” Goldblatt wrote. “I am not a magistrate, a judge, a lawyer, a social worker or an activist. I think, for some, this was the first opportunity to tell their story without being judged.” In a society in which relationships are increasingly mediated by the justice system, setting aside these functions, even if only for the duration of a click, is a relief.

Many of the people portrayed in the images are black, a visible result of apartheid, inits perverse overlapping of racial difference and socioeconomic inequality. The scars of the brutal regime of segregation also appear in racially motivated crimes committed by whites against blacks. These thoughts lead us to reflect on whether, given the history of Goldblatt, it might be that all of South Africa is in front of his lens. If it is possible to speak of reparation in these images, would it not be for the nation as a whole? 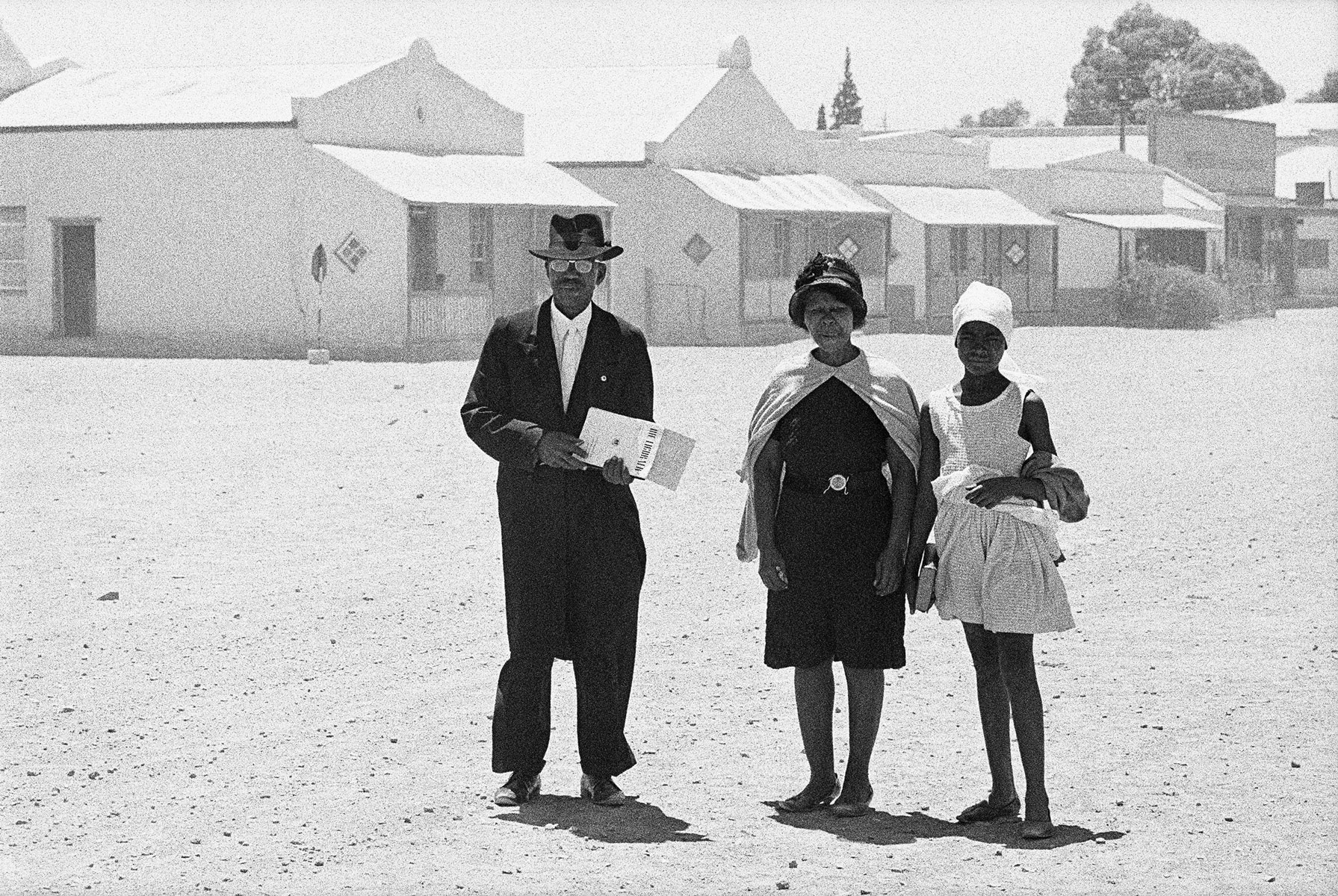 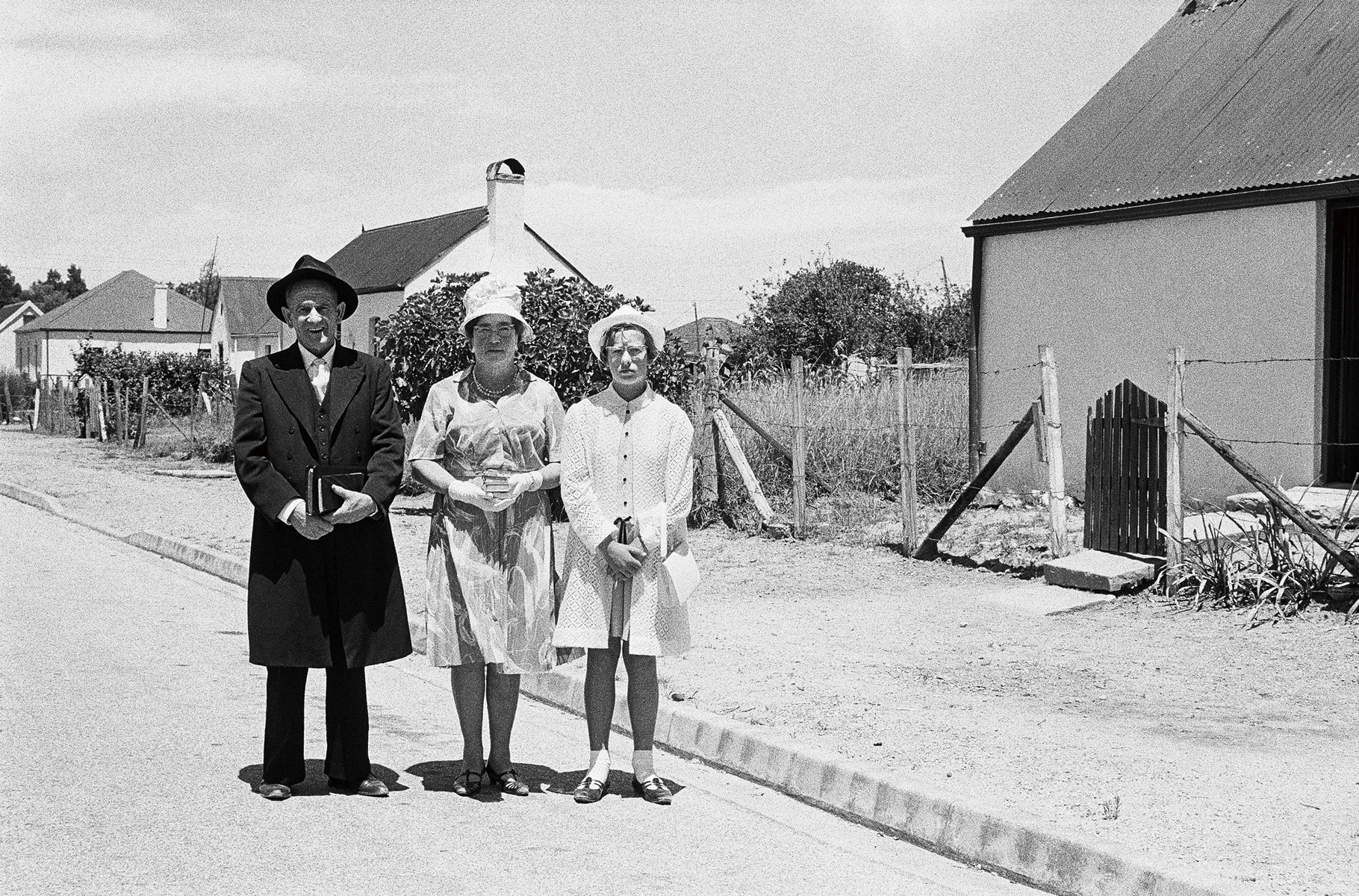 Goldblatt’s grandparents immigrated from Lithuania to South Africa in 1892, escaping the persecution of Jews in the Baltic countries. His father settled in Randfontein, a few miles from the South Western Townships, or “Soweto”. The photographer grew up as a child of immigrants in a family that prized tolerance and anti-racism, values that are the foundation of his work.

In an interview with Nigerian curator Okwui Enwezor published in the catalog for his touring retrospective Fifty-One Years, shown at the Museum of Contemporary Art in Barcelona in 2002, Goldblatt recalls being aware of the discriminatory treatment of Africans when he was still very young. “I remember that, from our house in Randfontein, the police station on the other side of the veld could be seen, and every day Africans held for breaking the ‘pass law,’ or for any other charge, were handcuffed and lined up in rows of five or six, and then paraded down the street from the police station to the courthouse at the other end of town. There was something profoundly humiliating about it: no white would ever be handcuffed and lined up in the street. It would be unthinkable. Blacks and whites were treated differently. That situation made me very uneasy, and I associated it with anti-Semitism, which I have experienced on numerous occasions. 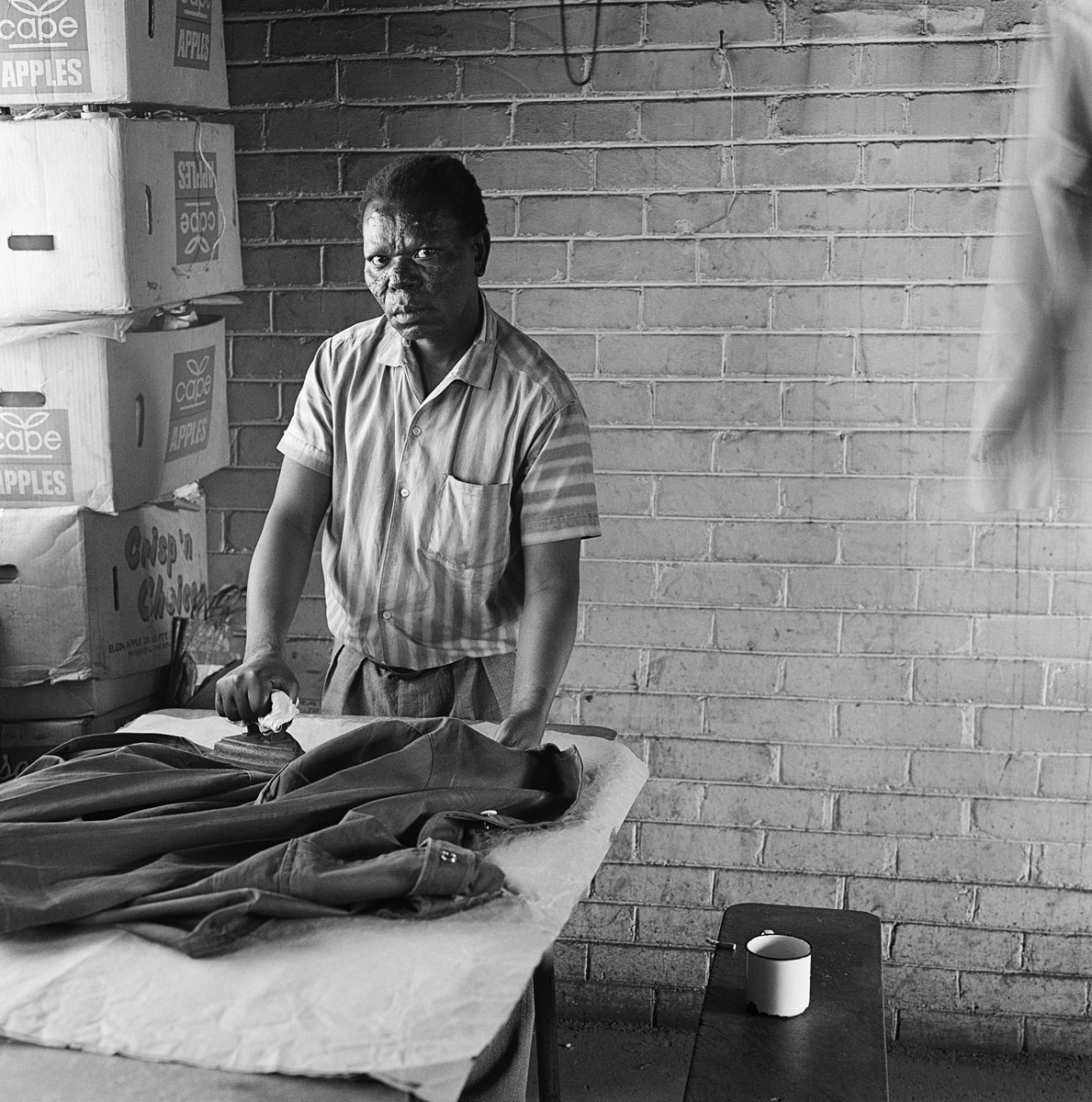 On June 27, 2012, Goldblatt wrote me from “Jo’burg,” asking if I “would like to take that conversation further.” A few months earlier, I had invited him to come to Brazil to make aversion of Ex-Offenders. It seemed a unique opportunity to bring him to photograph for the first time in a country he did not know. In fact, I know of no work of his outside of South Africa. As a curator, it was stimulating to imagine a work that would capture issues so specific to Brazil from an outside perspective. I was thinking, above all, of the social marks of racism left by slavery and the rapid rise of the prison population. The country fascinated him precisely because of the similarities with the context of his origin. Unfortunately, for several reasons, we ended up abandoning the project.

Coincidentally, about ten days after receiving his email I traveled to South Africa and spent a few hours with Goldblatt at his camper, walking through Soweto, the “ghetto-dormitory town for Africans working in Johannesburg,” as he described the place in a piece he wrote in 1972 on the series Jo’burg Crossings: Soweto. We stopped at some strategic points, and he explained to me how he had spent hours there over the decades, photographing the people and the landscape, always looking for the most commonplace and least out-of-the-ordinary scenes that, for this very reason, had the power to reveal the perverse structures of apartheid. The doors of the houses, the sidewalks, the streets, the sense of exclusion, were all present in Goldblatt’s work. 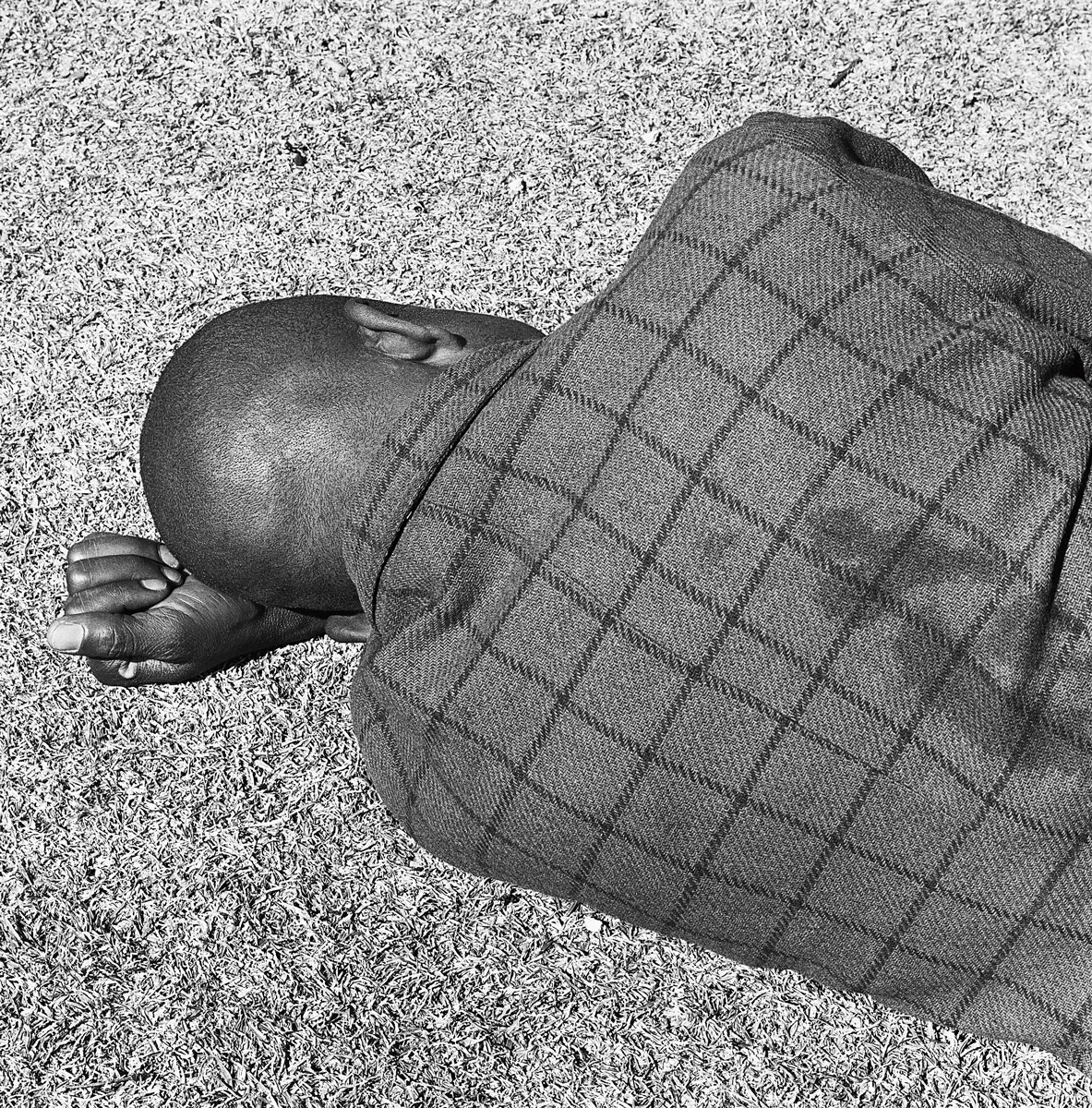 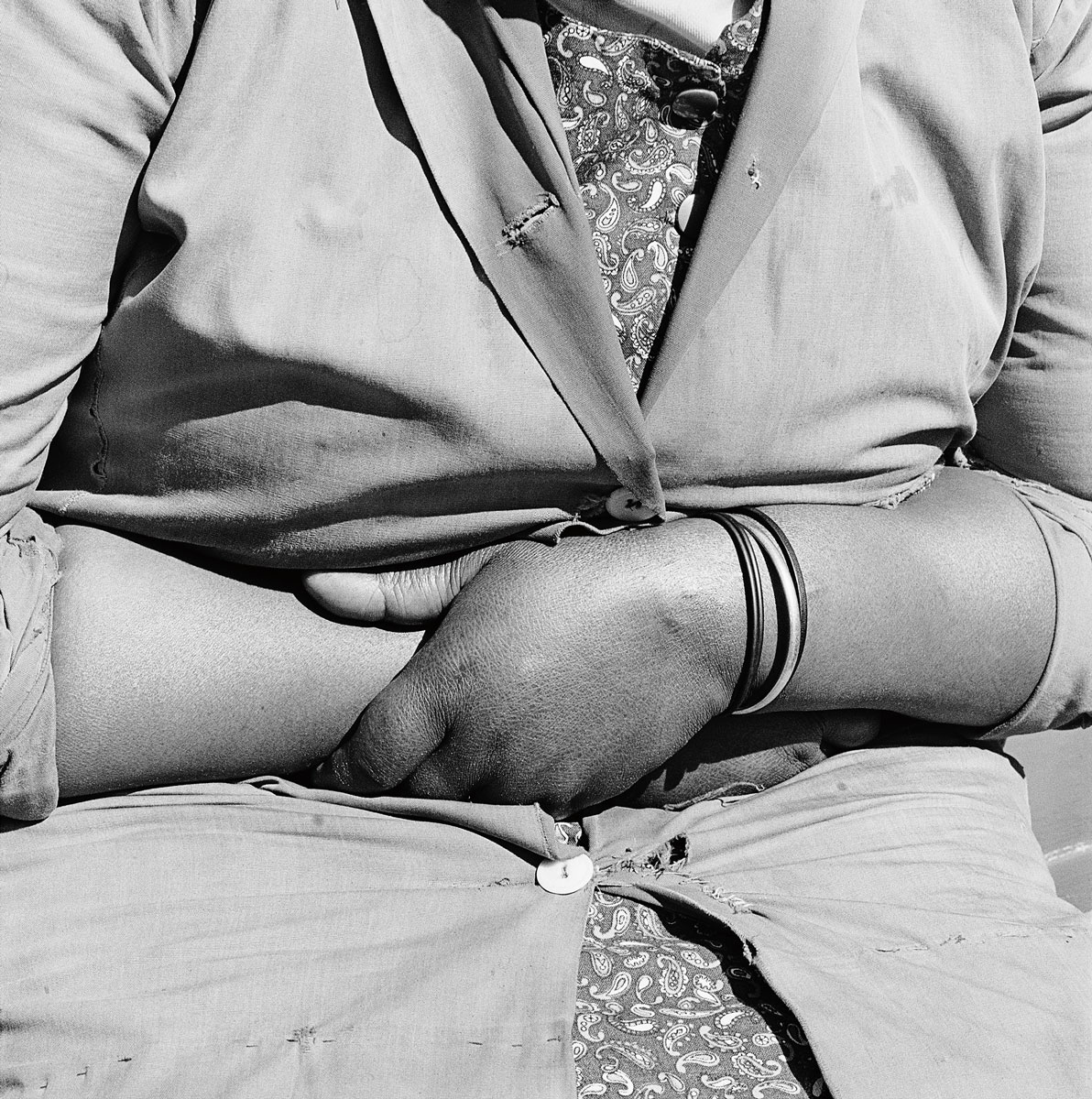 As we talked about Brazil, we stopped at the enormous temple of the Universal Church, inaugurated in 2009, and saw the Soccer City stadium in the distance, one of many renovated or built for the 2010 World Cup. Goldblatt was disgusted with the resources spent on these works, which he said were enough to solve problems rooted in South African society, such as education – an aberration that would be repeated by Brazil for the 2014 World Cup.

On that memorable excursion, Goldblatt said something that I would never forget: “During apartheid, being white or being black defined absolutely everything, all the time, in South Africa. From how you went to the bathroom to how you buried your relatives.”

The photographs that Goldblatt took in Soweto between 1972 and 1973 reveal the social exclusion under apartheid: landscapes with a lot of depth of field, in which the orderly and disciplined houses in the background, which seem more like small sheds, contrast with the foreground – of streets without sidewalks and covered with rubbish; and portraits taken indoors using the light coming in through the window and drawing shadows on people’s faces so as to highlight their expressions, dividing them in half.

The square images in Particulars (1975) demonstrate Goldblatt’s masterly portraiture in his depiction of elements of bodies of ordinary people in Johannesburg’s parks. Through their body language, clothing, accessories, and the objects they carry, his subjects express their desires and values – such as the man sleeping on the grass with a stained coat on his back, the woman who is smoking with her hands folded over her nylon-clad legs, the nanny wearing a housecoat that is too tight over her stomach, or the girl clasping her purse over her jeans. Goldblatt’s interest in these codes was not fortuitous. Before becoming a photographer, he worked at his father’s men’s clothing store, where he would later say he learned about proportion, gesture, and posture. There is, in fact, an analogy between dressing people and portraying them. 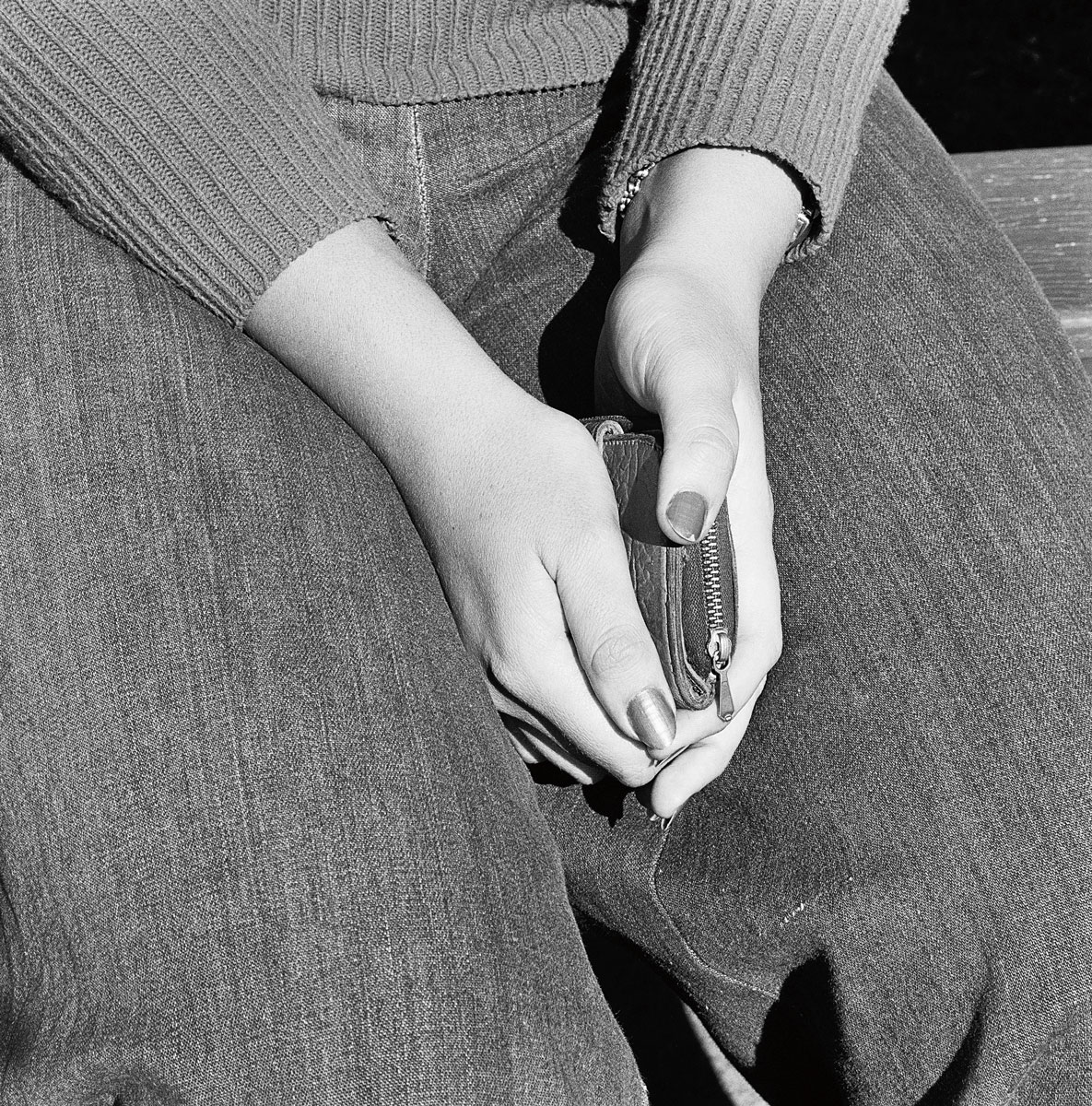 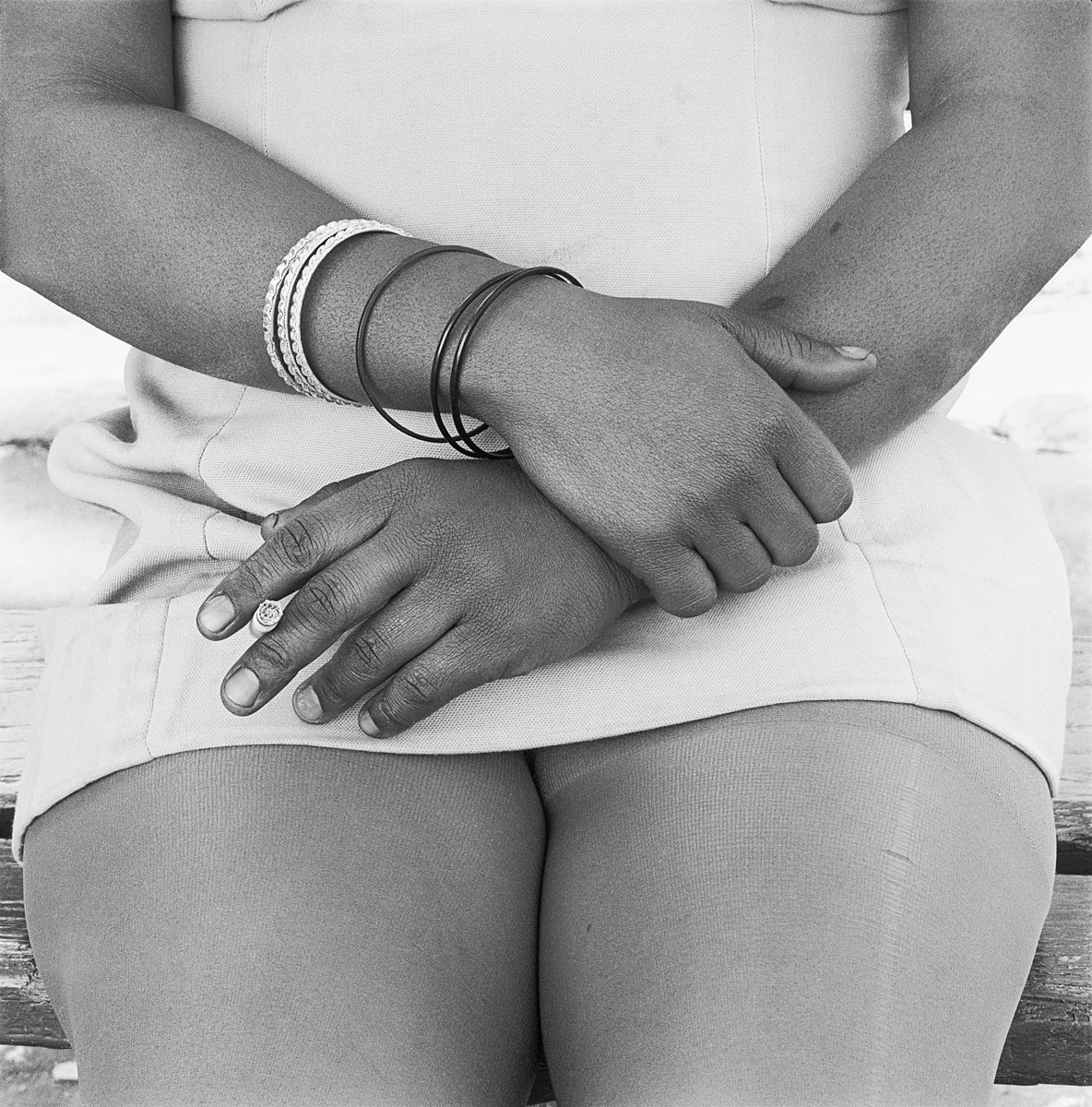 It is tempting to say that Goldblatt was a traitor to his class and his race, for he crossed the boundaries expected of a white South African from a wealthy family in denouncing the repulsive regime of his country. His position, however, was the same as that of many leftwing white South Africans, who saw in the emergence of apartheid the failure of the possibility of building a country that was for all South Africans. The importance of his status as a Jew, victim of anti-Semitism, in the formation of his political and artistic views is undeniable. But deep down he felt like a South African, not an immigrant or an exile.

The moral stature of his work lies precisely in the art of being indignant – and of using photography as a patient and effective strategy to express his indignation. Taken together, his series and photographic essays give us a multifaceted, analytical examination of apartheid, though one that is deeply anti-sensationalist. Even when photographing the traditional customs of Afrikaners with whom he had grown up (Some Photographed Afrikaners, 1960s) or the degrading conditions of workers
in the black-only territories established during apartheid – the bantustans (Itinerant Workers of KwaNdebele, 1980s) – Goldblatt avoided generalizations or easy conclusions. He knew that racism and segregation were everywhere, and that this was the infamy of the ideology of apartheid. And that was why he was only interested in photographing those things in which he saw beauty and lyricism, however hard it might be.

He did not photograph notable events, such as the Durban strikes in 1973, or the Soweto uprising on June 16, 1976. Nor did he allow his images to be used by activists or as political propaganda by the African National Congress, Nelson Mandela’s party. Although he shared the ideology of the ANC, he felt that his work would only make sense if seen for itself. 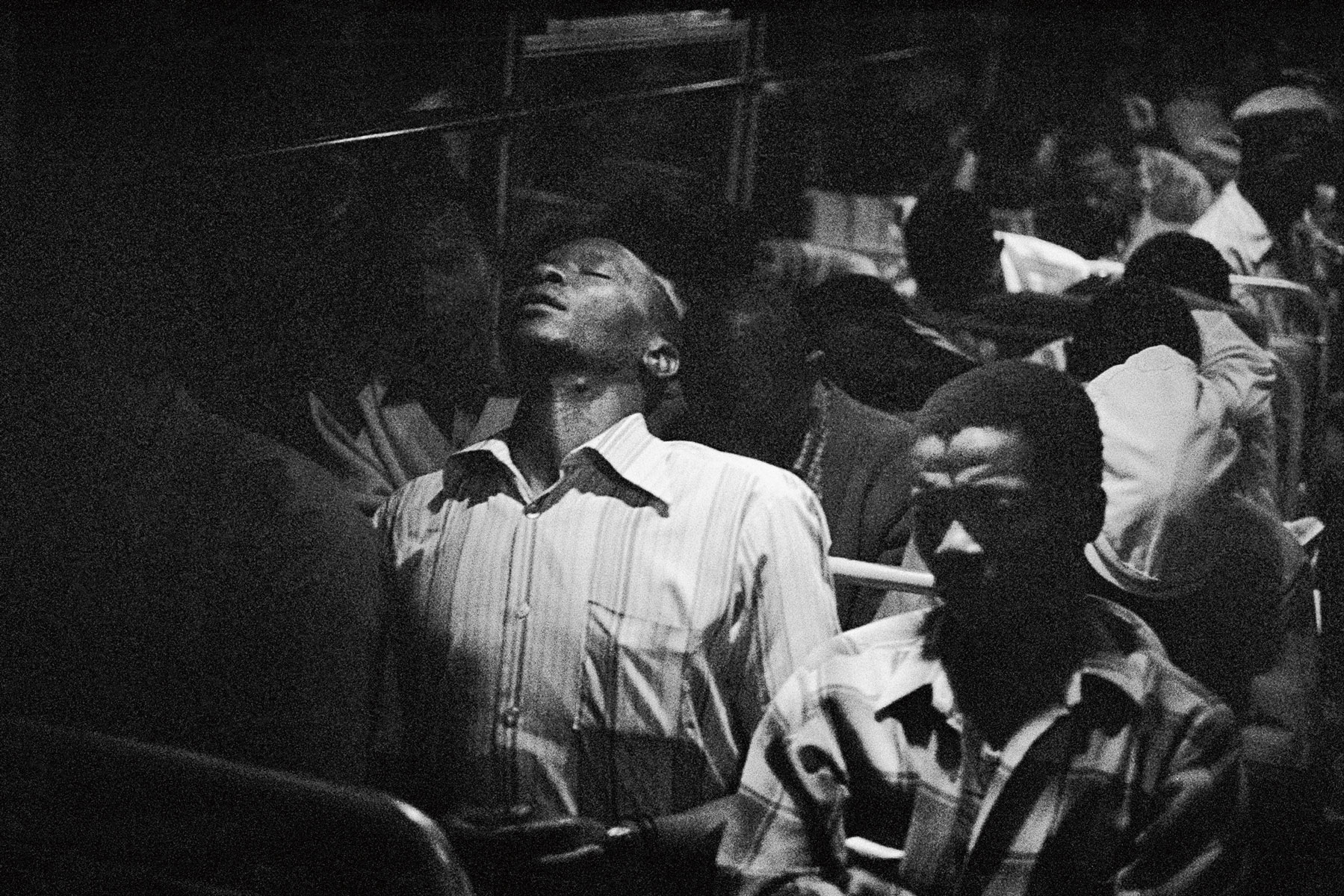 I cannot say that his death came as a surprise. But I was deeply frustrated that we did not succeed in doing what we planned together, as well as feeling the loss of a great artist. Days later, a mutual friend sent me a link to the recently completed documentary about him (Goldblatt: a documentary, 2017). In the first scene of the film, we see him on the side of a road, carrying his equipment and preparing to take the next photo. I have a feeling that he would like to be remembered this way. ///

Rodrigo Moura is Deputy Curator of Brazilian Art for MASP – the Art Museum of São Paulo.