An interview with Brooklyn-based photographer Thomas Roma, on the occasion of the publication of his latest book, In the Vale of Cashmere (2015). 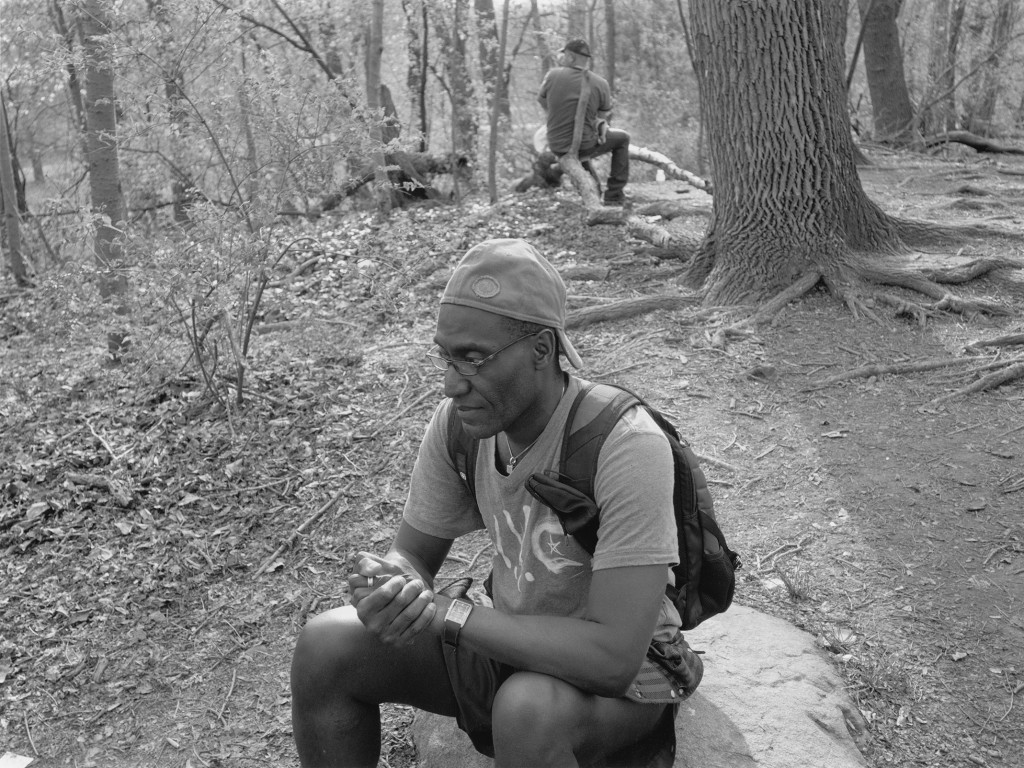 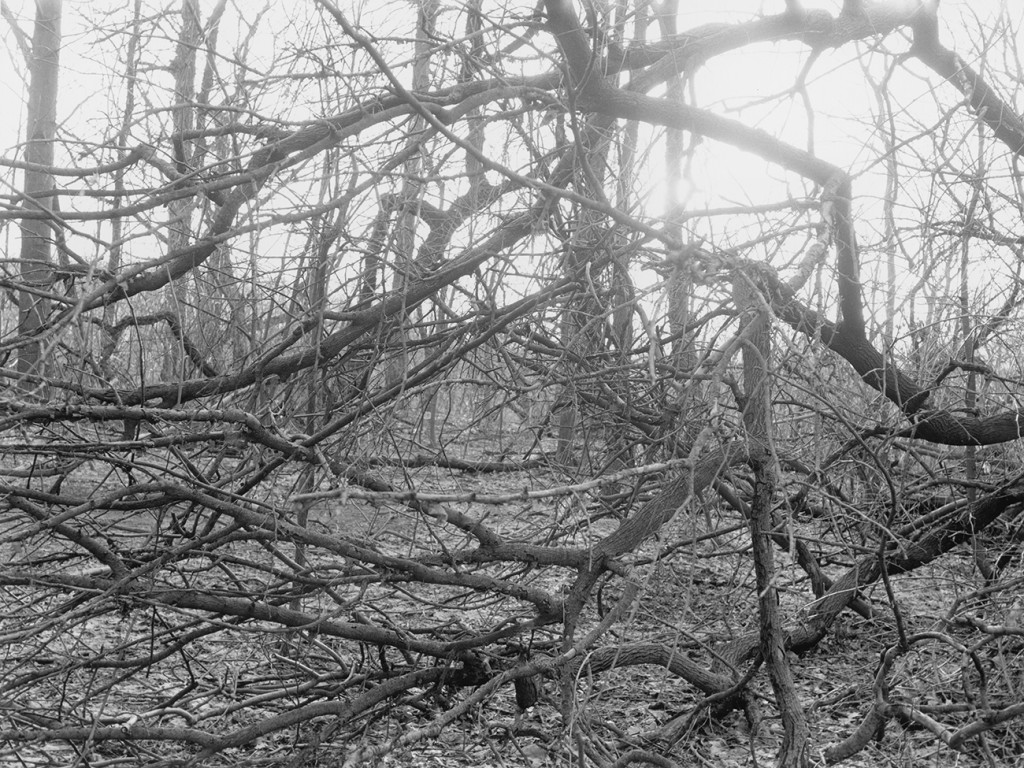 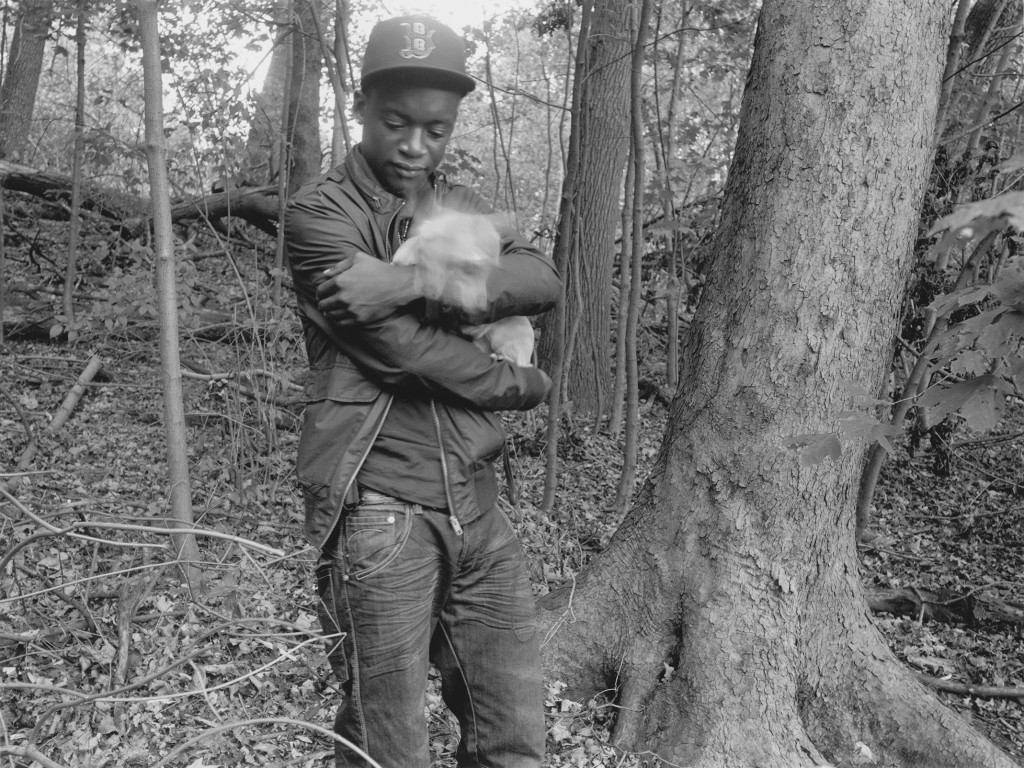 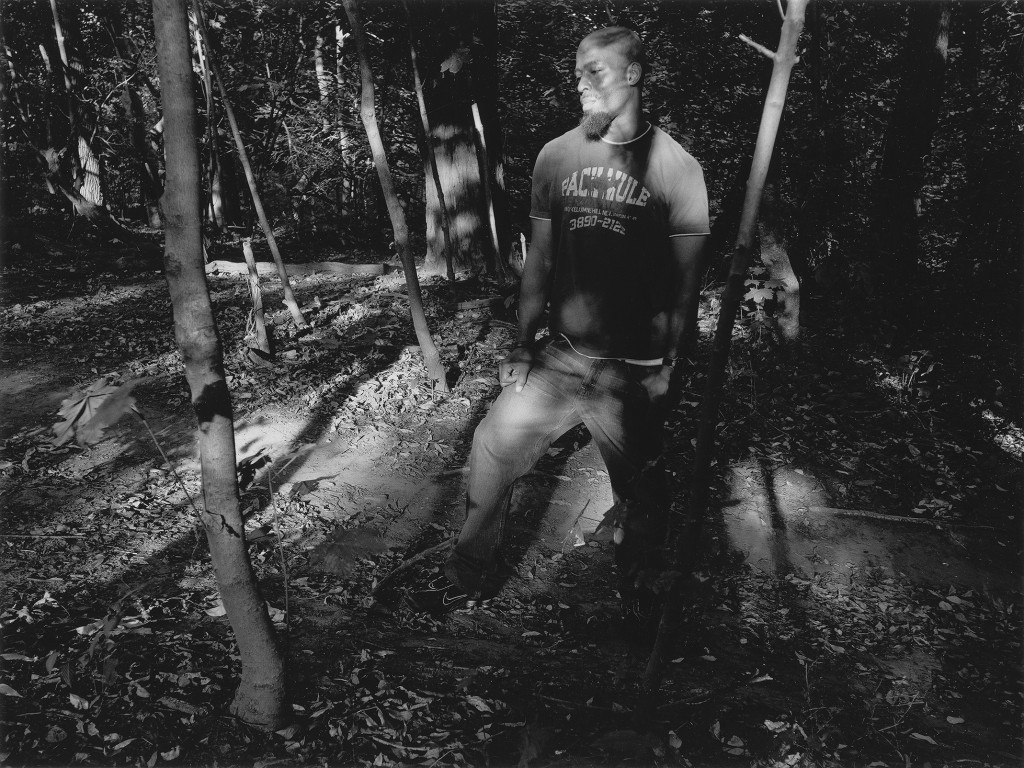 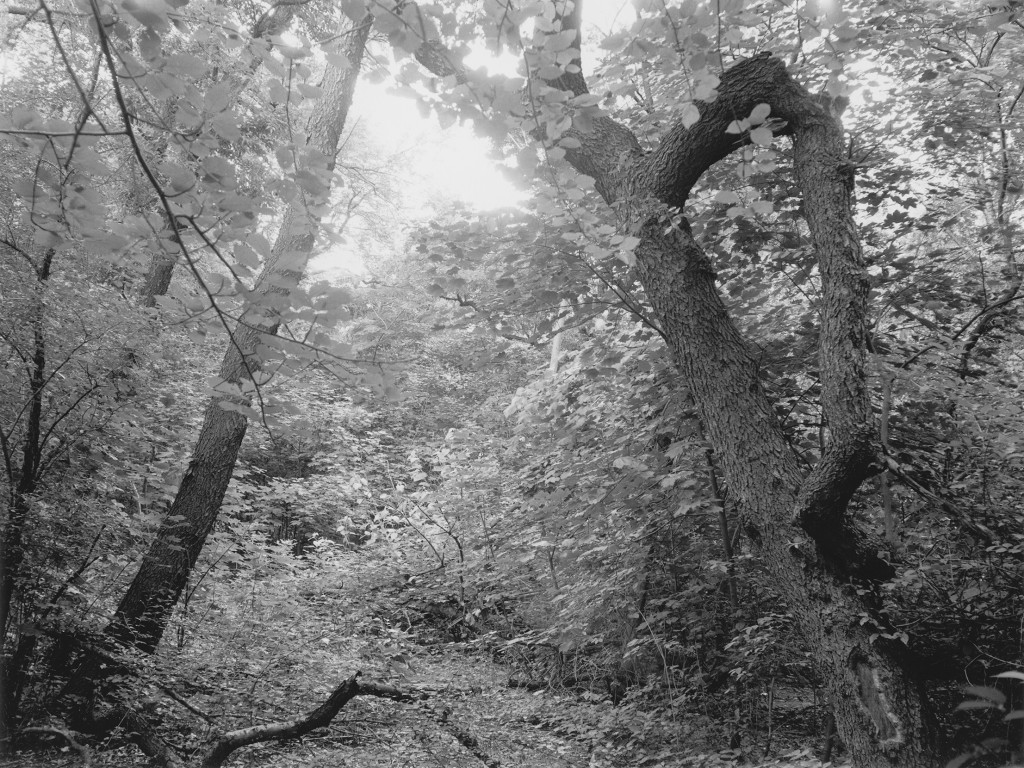 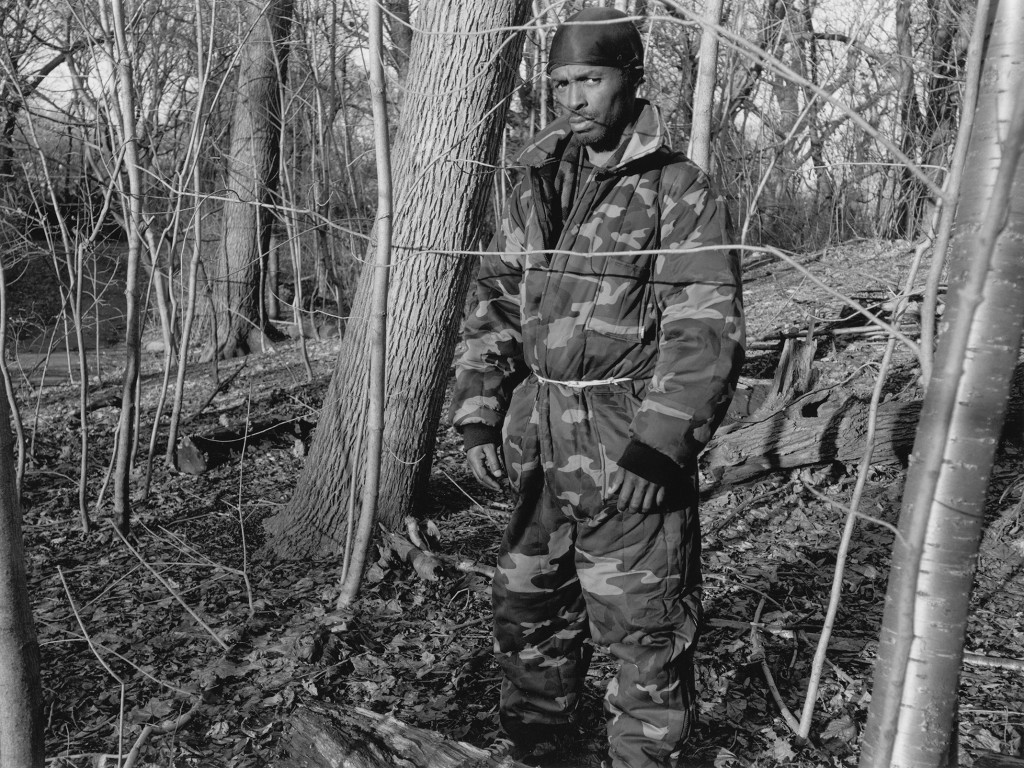 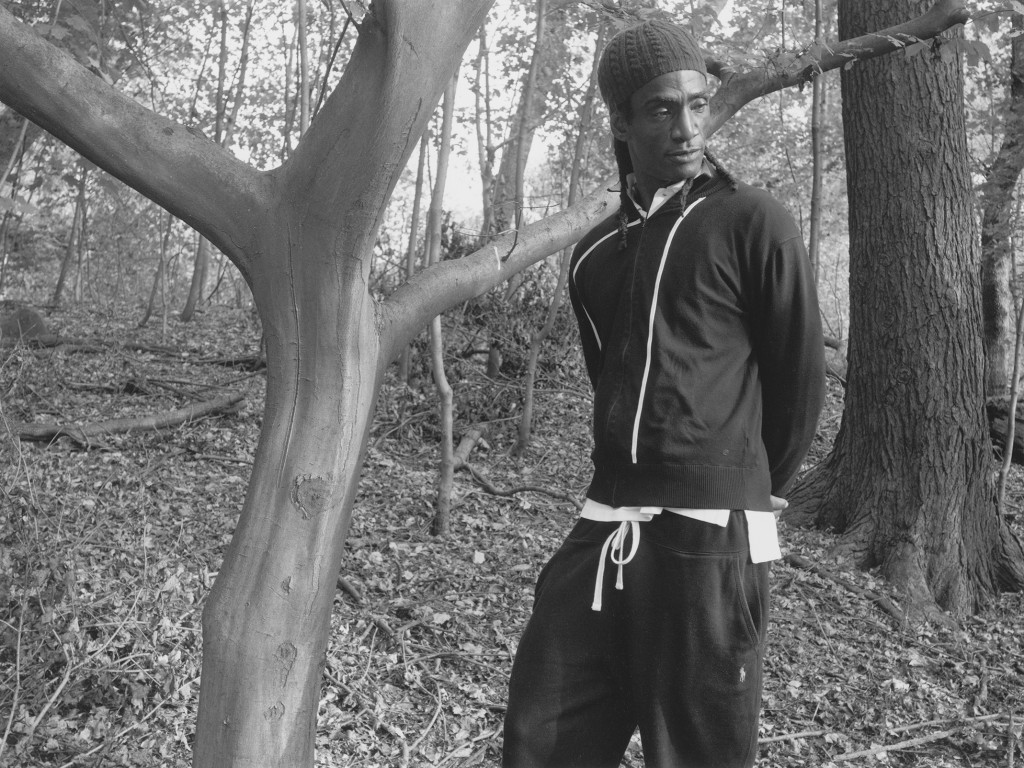 ZUM: In all your work there seems to have an atmosphere of expectation, and of time suspended. Prisons photographed without the prisoners and with the marks they left (In Prison Air, 2005), soldiers portraied before going to war in Iraq (Dear Knights and Horses, 2010), people waiting for judgment in the lobbies and hallways of a NY criminal courthouse (Enduring Justice, 2001), subway passengers in transit or waiting for the next train (Higher Ground, 1999). B&W helps to enhance this feeling, maybe. Would you agree with that? Is this expectation atmosphere found also in In the Vale of Cashmere, now referring to love encounters?

THOMAS ROMA: I never thought of my photographs as having that quality, of them being connected in that way,  but now that you pointed it out, I see what you are saying.  I supposed that in order to keep working, I’ve had to think that I’m doing something new – in the end perhaps I’m only finding new ways to say the same things.

I don’t think that feeling of expectation is particular to black and white photography, I can think of color photographs by Helen Levitt, William Eggleston, Joel Meyerowitz, and others and even painters like Edward Hopper, who you might say made pictures that had that atmosphere.

It might have something more to do with the nature of still photography. A lot has to be implied. The hope is that there’s just enough in the picture so that the viewer fills in what’s not there – what might come next.

But it is true that the materials we choose sensitize us to their own descriptive and dramatic possibilities and perhaps there’s something about the way black and white deals so directly with the way light falls on things that I’ve unconsciously used to emphasize that feeling.

Is that quality present in the Vale of Cashmere?  I hope so. 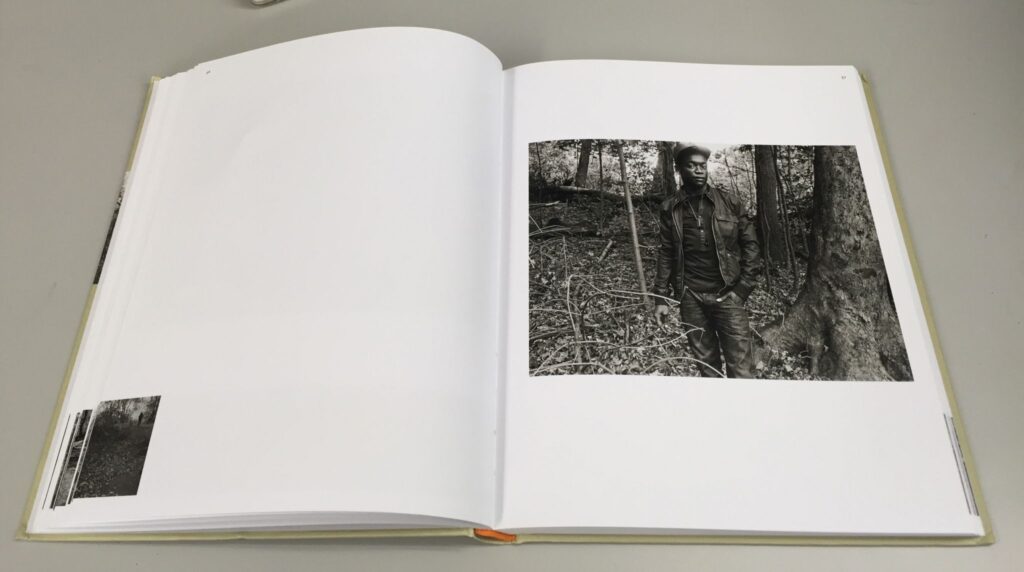 One could say that the people you’ve photograph in the Vale of Cashmere were hiding, and this would sound strange, considering the advances of gay rights in America, specially in New York.

No, they definitely were not hiding. The Vale of Cashmere is after all located in a public park and anyone who is interested could walk through it. Men go there to see and be seen and to meet other like-minded men. It’s really the opposite of hiding, of being alone.  I don’t believe that the desire for community will ever go away. In that sense, I think what happens in the Vale of Cashmere is timeless.

Google Street View takes us into the Prospect Park. In the Vale’s sourroundings, we can see wide spaces with large lawns, a sunny landscape of leafy trees and bright greens, very different from the vallew itself, which has a very dense vegetation, closing the small paths that are left with few sunlinght. You’ve said that this was initially a portraits project. Why were you moved to photograph nature also? And what relations do you see between the pictures of nature and the portraits? (Nature feels lonely, sometimes lifeless and dry, sometimes more exuberant, but always impenetrable.)

It’s true that what drew me to the park in the first place was the idea of making portraits of the men. But the Vale of Cashmere is a kind of magical place cut-off from the surrounding city and even the rest of Prospect Park. It’s been neglected for many years (some say because of the cruising that goes on) and because of that neglect, there is a beautiful wildness to it, it’s more like a forest than a park in the city.

As a photographer, how could I not respond to that? How could I resist photographing the place? Especially in the many hours when I was alone and waiting when there was no one there to photograph.  In some ways you could say it became a landscape project with people. The landscapes became a kind of stage, a stage that implies its own dramatic possibilities and the portraits become the characters in the play. 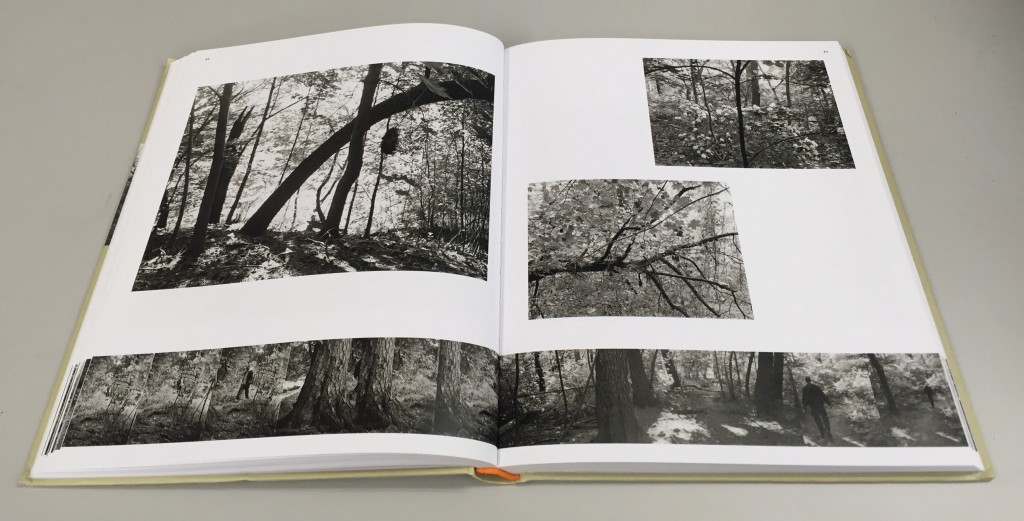 One beautiful thing in the book are the small sequences with lonely men walking their way through the Vale. Did those men refuse to be portrayed?

No, those are not men who refused to be photographed. I knew from the beginning that the sequence pictures would be reproduced in a very small format and that by photographing them from far away that they would not be recognizable, so I didn’t speak to those men.  The idea of the sequences was to show something of the nature of cruising that couldn’t be seen in either the portraits or landscapes.

What kind of people did you find there, when you received yes and nos after asking to do their portraits? What was their spirit?

You have to understand that I was a presence there for three and a half years and during that time I spoke to many men, some of whom were only interested in talking to me, and a number who also wanted to be part of the book I told them I was making. As you can imagine, I also saw a lot of people who were not interested in even stopping to talk. And even some people who first said no and later came back and said yes. I wouldn’t presume to know why people wanted to be photographed or not.

I concerned myself with those who said yes, with making a connection with them. And doing justice to them by trying to make a photograph worth considering. I often spent a half hour or more making each portrait. When people said no, it’s was easy, it’s was over – the challenge was when people said yes. Once they agreed to be photographed, I explained that I had to use a very long exposure, between one and six seconds and that they’d have to stay very still which I think enhanced the spirit of collaboration in these pictures. 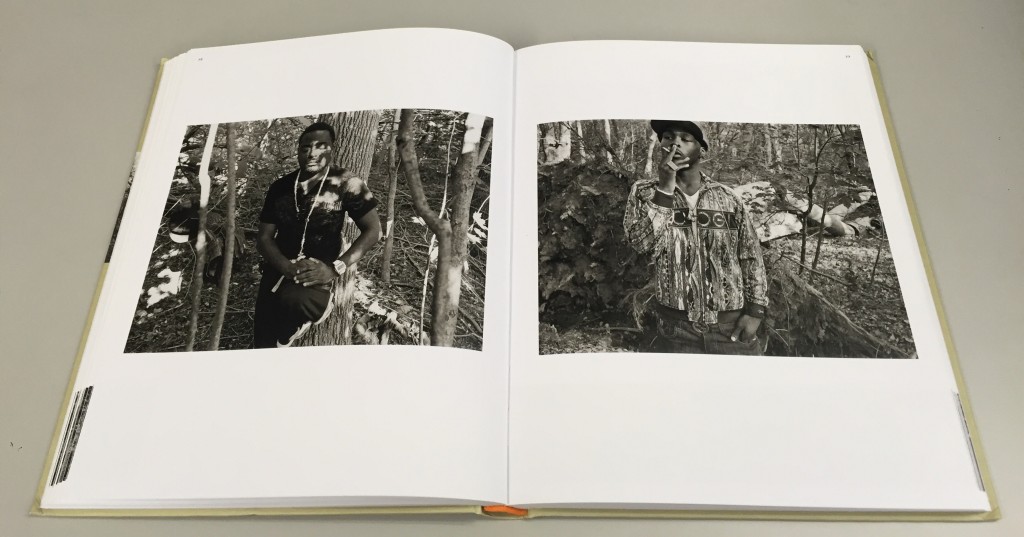 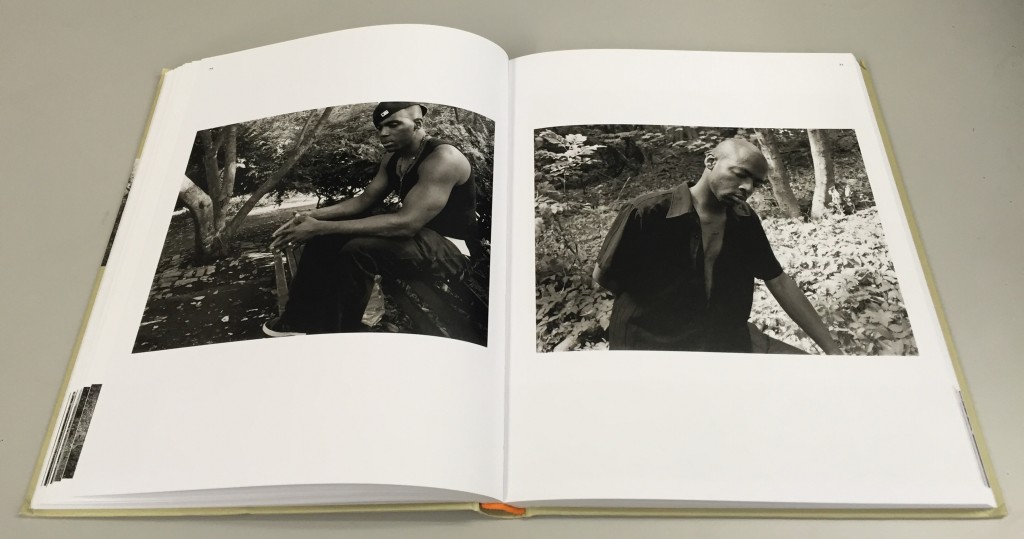 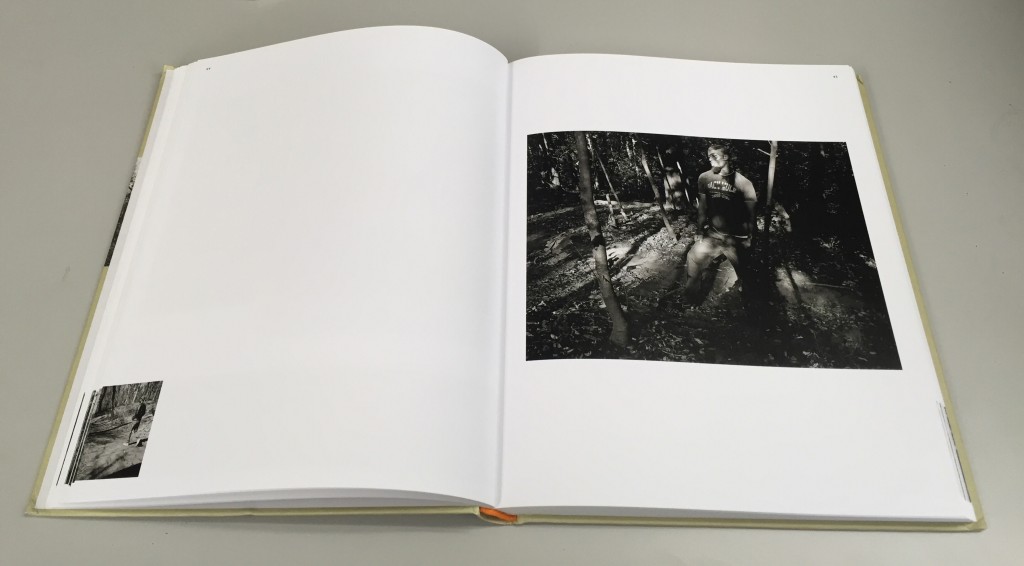 You’ve photographed your home neighborhood, Brooklyn, for all your photographic life, maybe. What changes do you see in it, mainly? Are you interested in photographing these changes?

You’ve called it a neighborhood, but Brooklyn is more accurately described as a city and was one until 1898 when it became a part of New York City. And you’re right, the vast majority of the time I’ve spent photographing has been in Brooklyn. It’s an enormous place, there are more than 2 ½ million people living here who come from all over the world. It’s always been a great destination for immigration to the United States, which is probably why it is always changing.

When I was growing up, my family moved to a different apartment almost every year but always stayed in Brooklyn -13 different places, different neighborhoods and different schools. The only thing that stayed the same was Brooklyn. When I was a boy in grammar school, I would take long walks and bicycle trips to make maps of my new neighborhood to connect it to the rest of Brooklyn. I imagined and was trying to draw  the “face” of it. In some ways when I started out with a camera, it was kind of an extension of that.

As far as photographing the changes in Brooklyn, I have no choice. But I suppose the fact that it is always changing does make it more interesting.

We didn’t want to miss the opportunity to ask about The Waters of Our Time, your previous book. It is deeply moving, even when one doesn’t know the song that is quoted throughout it, alongside the story. It has an aura of a deep understanding of life, a tender acceptance of the melancholy that comes with life itself. And an essay about memory, above all. Do you think that the combination of text and pictures enhances that narrative in the book?

Absolutely. In fact, to really experience the book the pictures and the text must be considered together. That’s precisely why the words run alongside and between the pictures throughout the book. 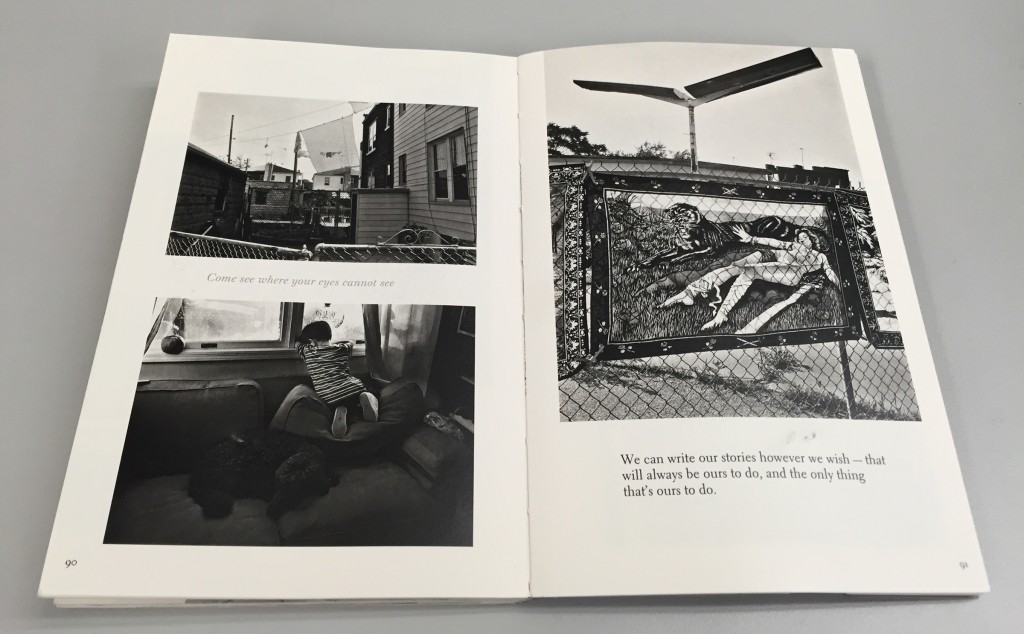 It’s not always easy to combine these two instances (text and photographs). There are few examples in photography history where it has been done with success, and your book is one, for sure; it feels that both were born together. Did your son write the short story and then you selected the pictures for it? Are the images all from your archive, or did you produce some of them for the book, having the story in mind?

To create it, I edited and sequenced the photographs, which were selected from my entire archive (the photograph on the cover was on the first role of film I ever shot.), then put them in the layout in a book dummy, and asked Giancarlo to write a story inspired by the pictures, to fill in the white spaces between them. I thought of it as making a movie in reverse. In filmmaking, they start with a script and the director and cinematographer have to turn it into something visual. We did the opposite, the pictures were first. The lyrics to the song function as the soundtrack. 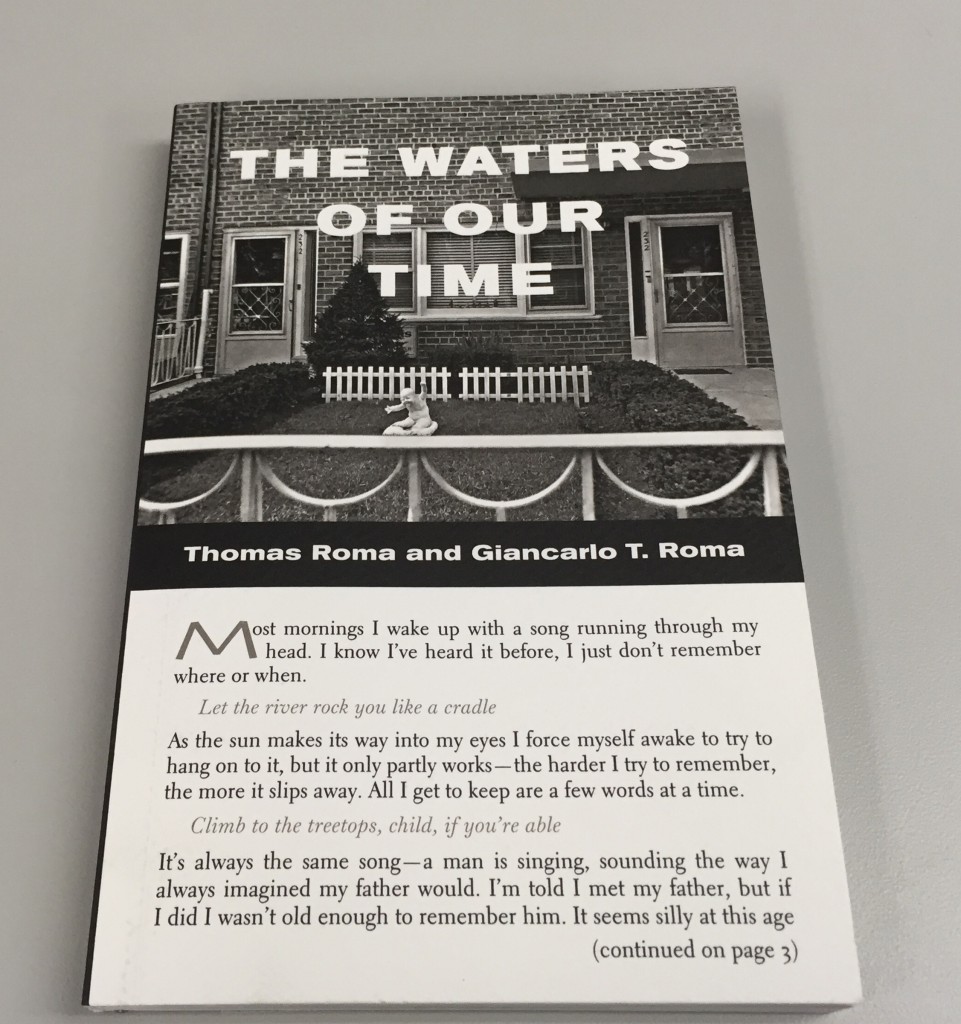 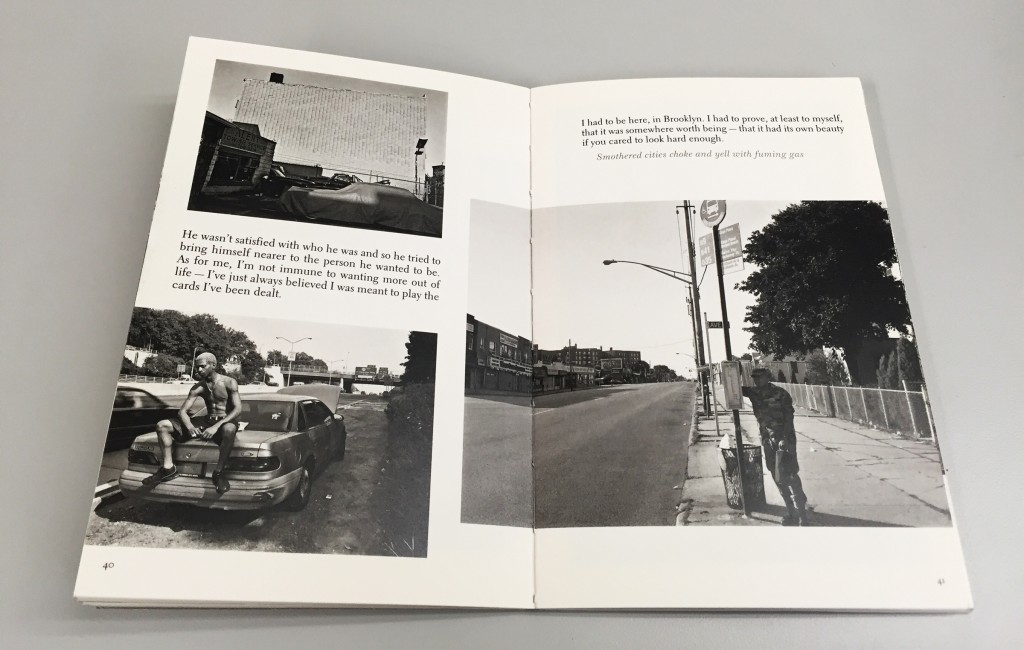 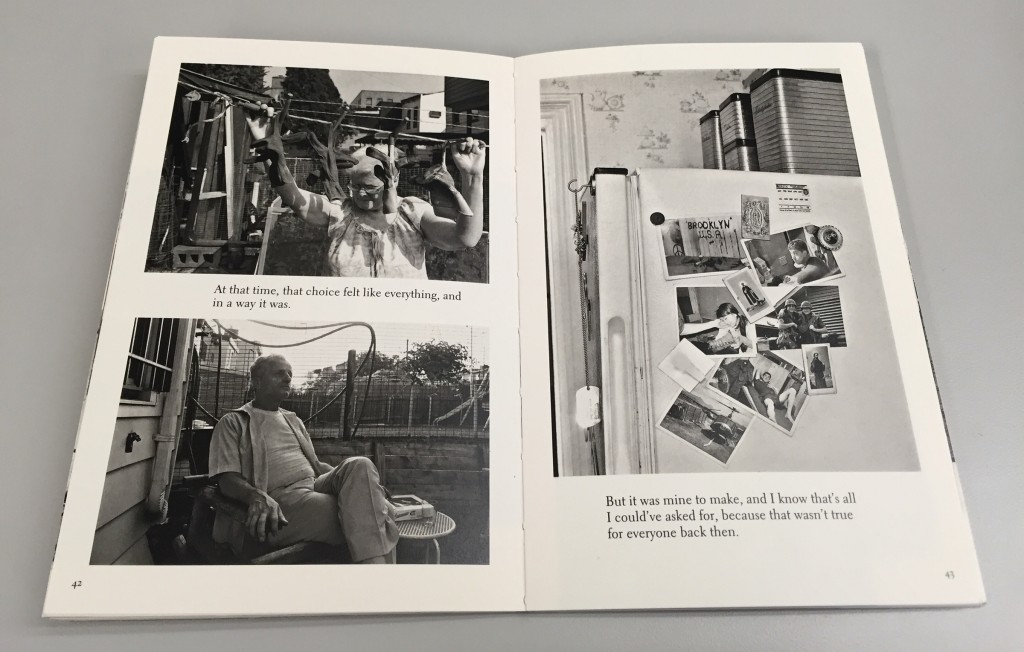 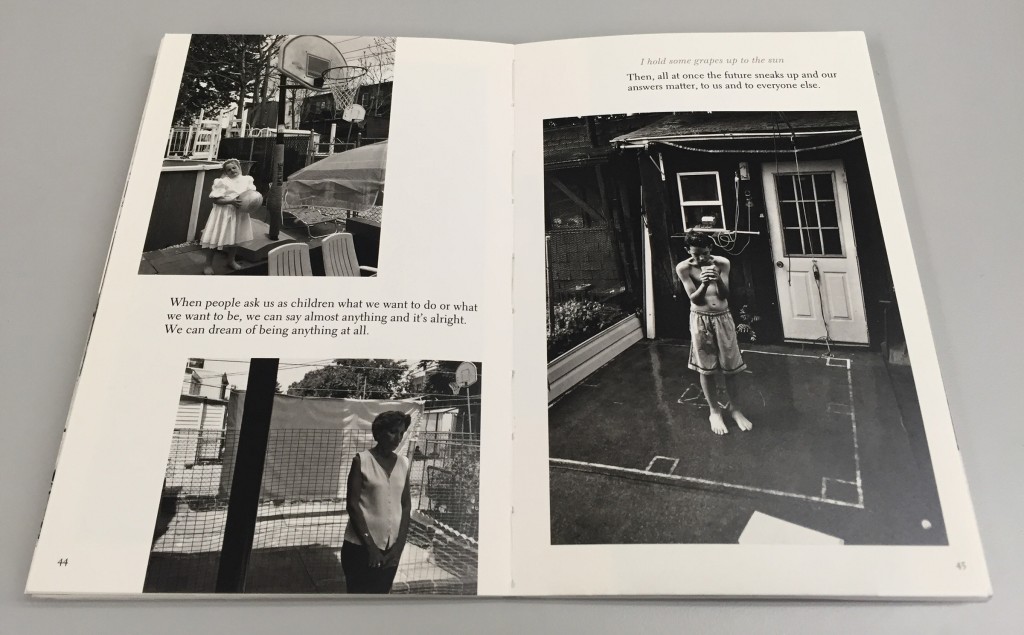 What is your relationship with faith? In the Vale of Cashmere has an epigraph of the biblical book The Song of Solomon, and we can recall your works with the churches and synagogues of Brooklyn (Come Sunday and Sanctuary, 1996 and 2002, and On three Pillars, 2007). Also, The Waters of our Time seems to have a spiritual awareness sometimes.

Yes, I believe there is a thread related to faith that can be seen running through all my work. I have spent the last 44 years photographing, looking at the world, not always knowing what I was looking for, trying to make some sense out of what I’ve seen. I don’t know, perhaps faith is what it takes for me to keep looking.///