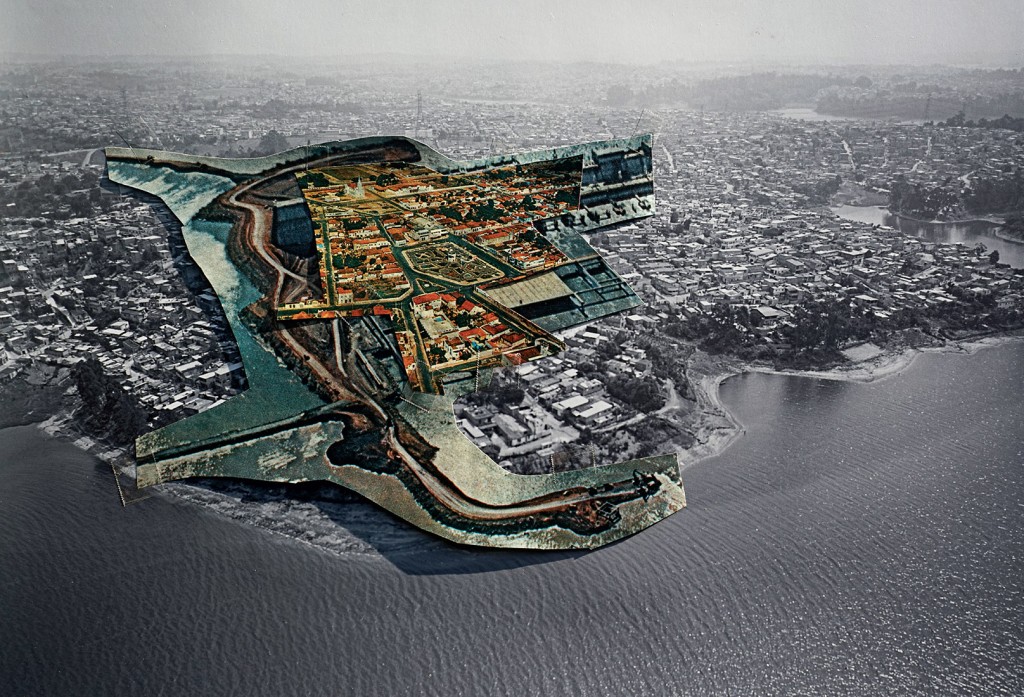 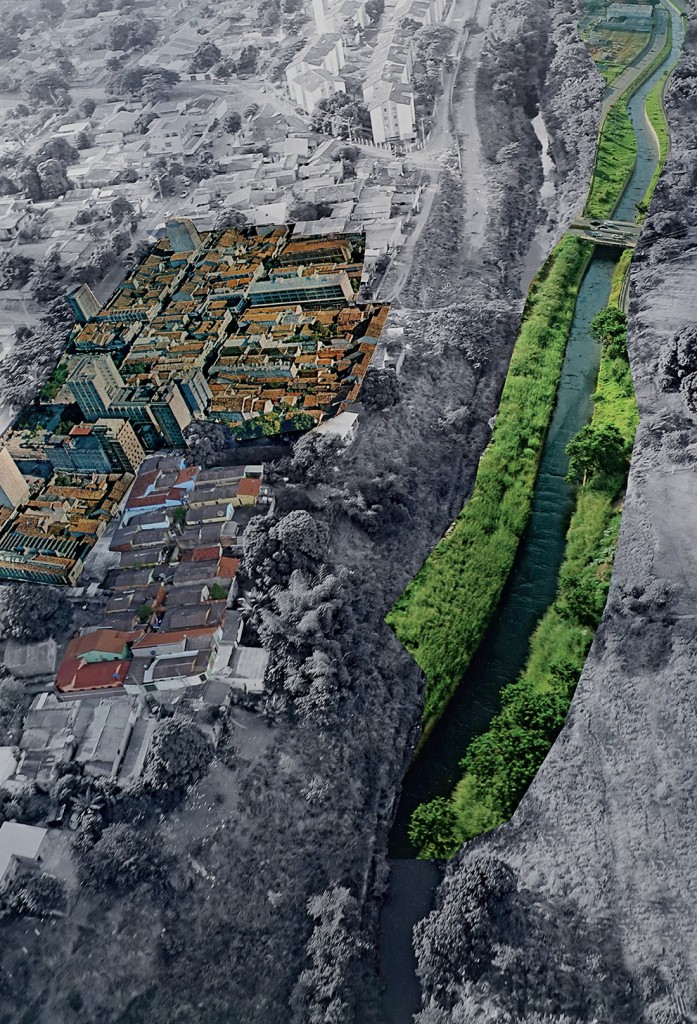 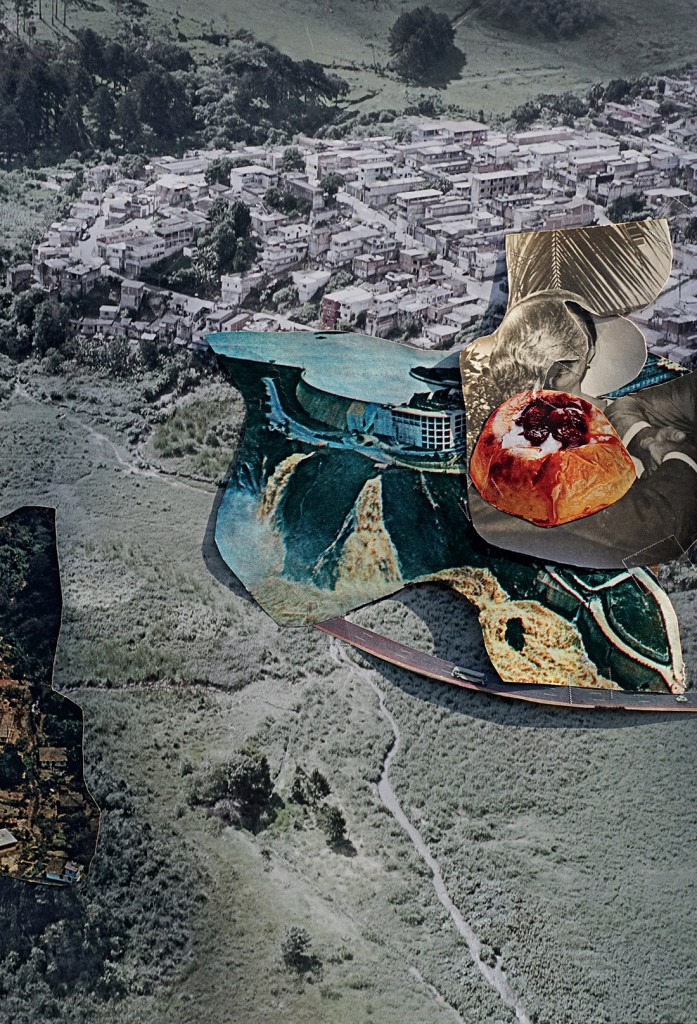 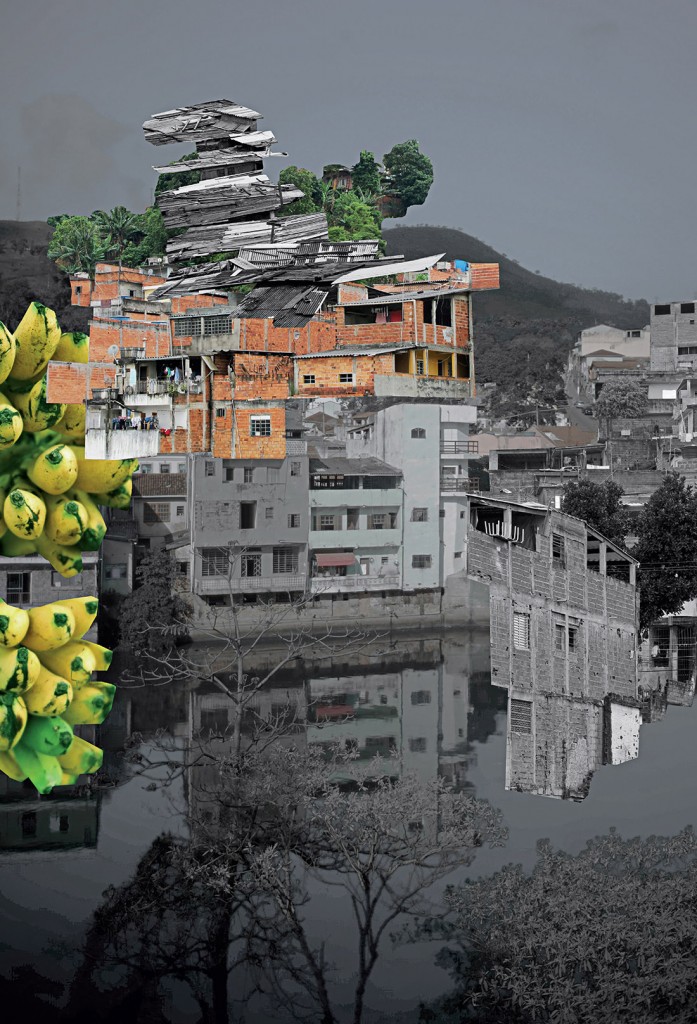 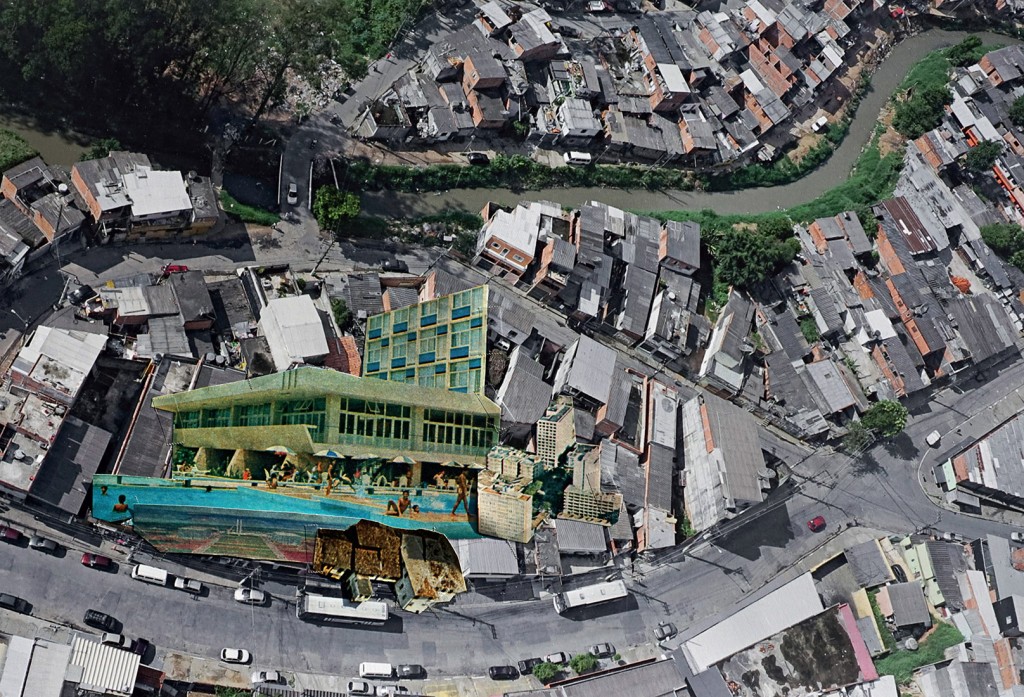 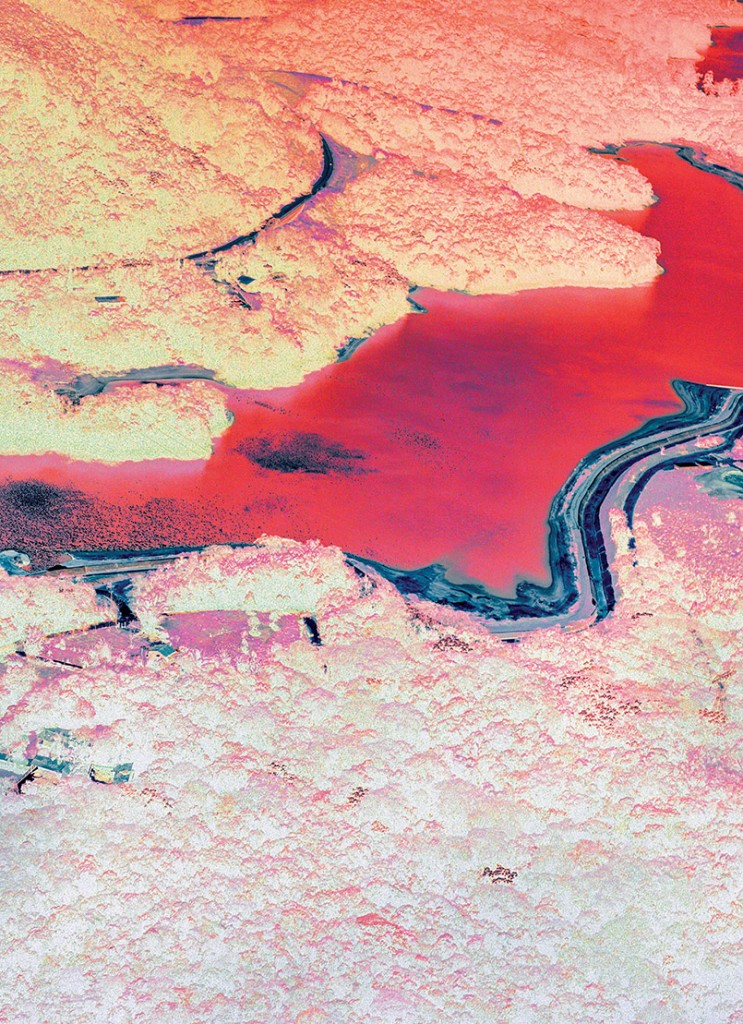 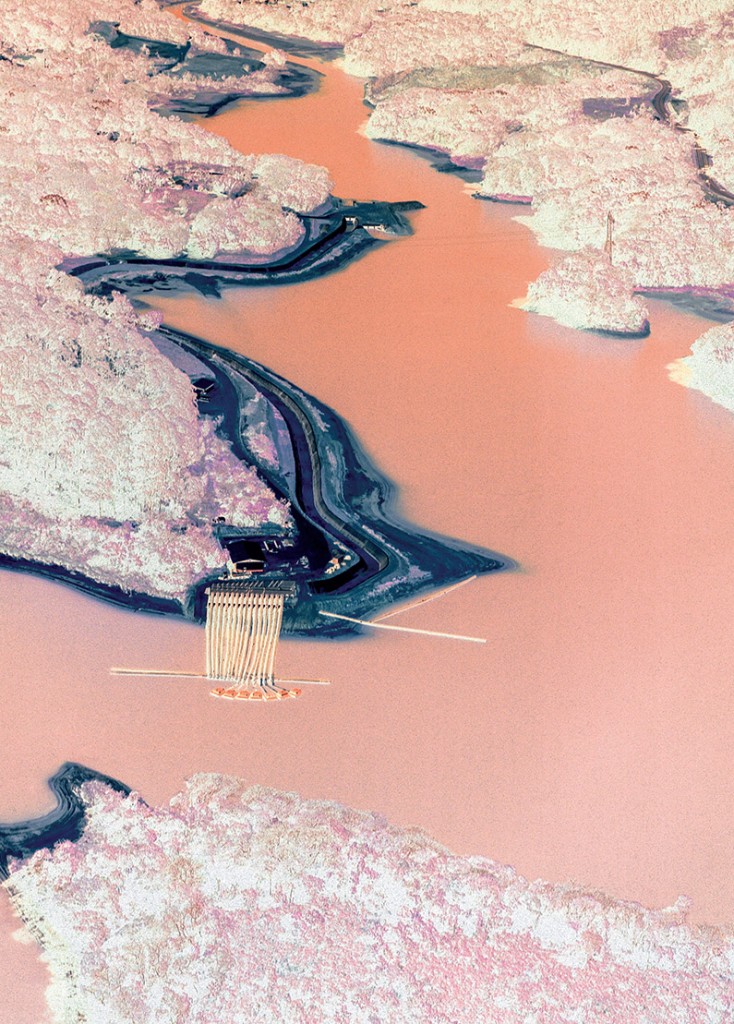 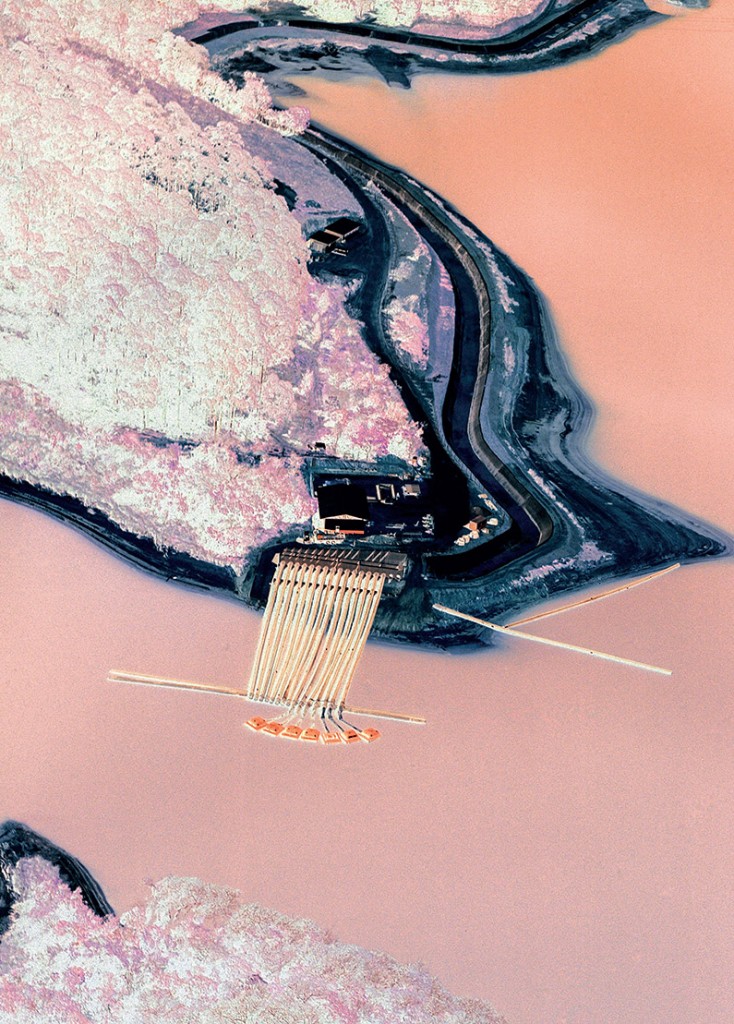 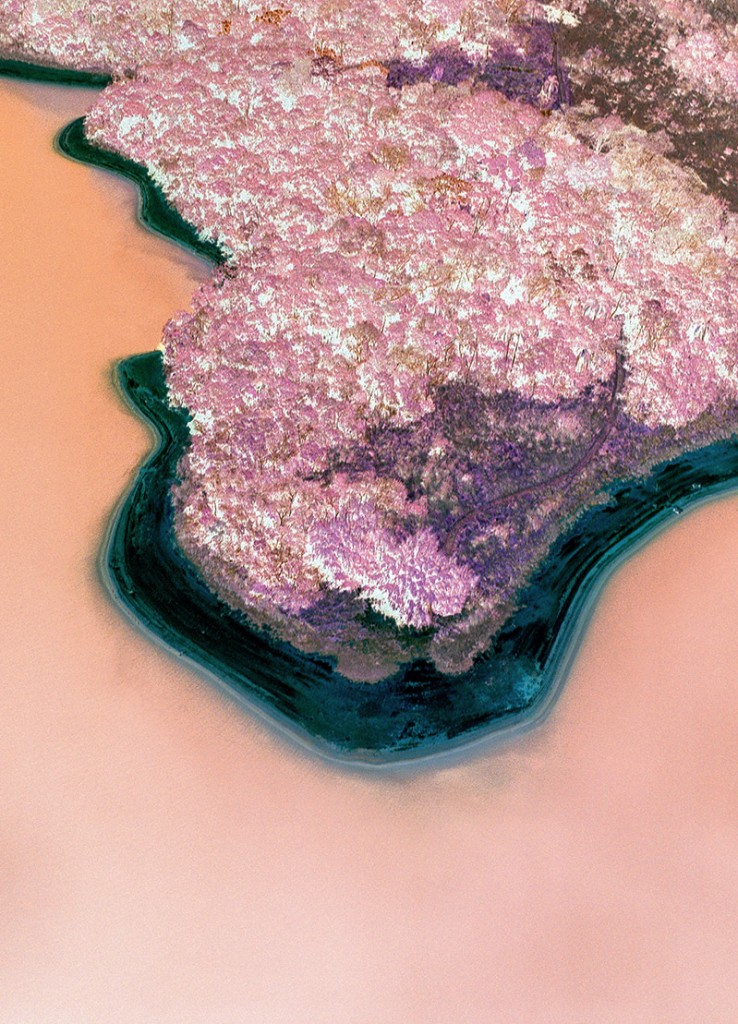 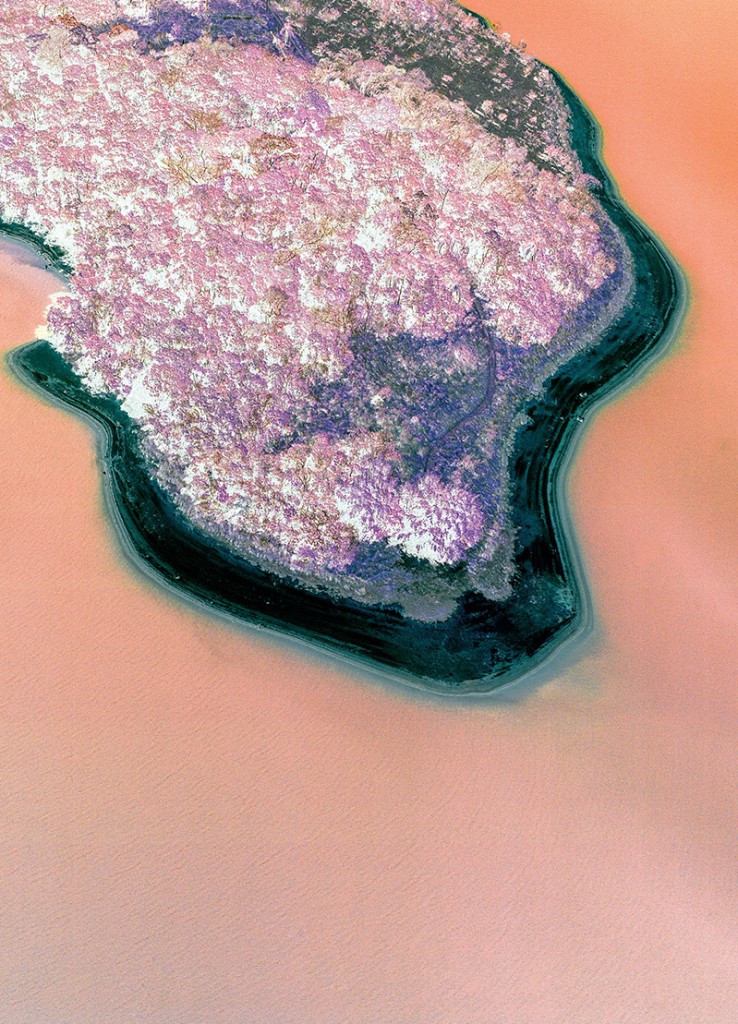 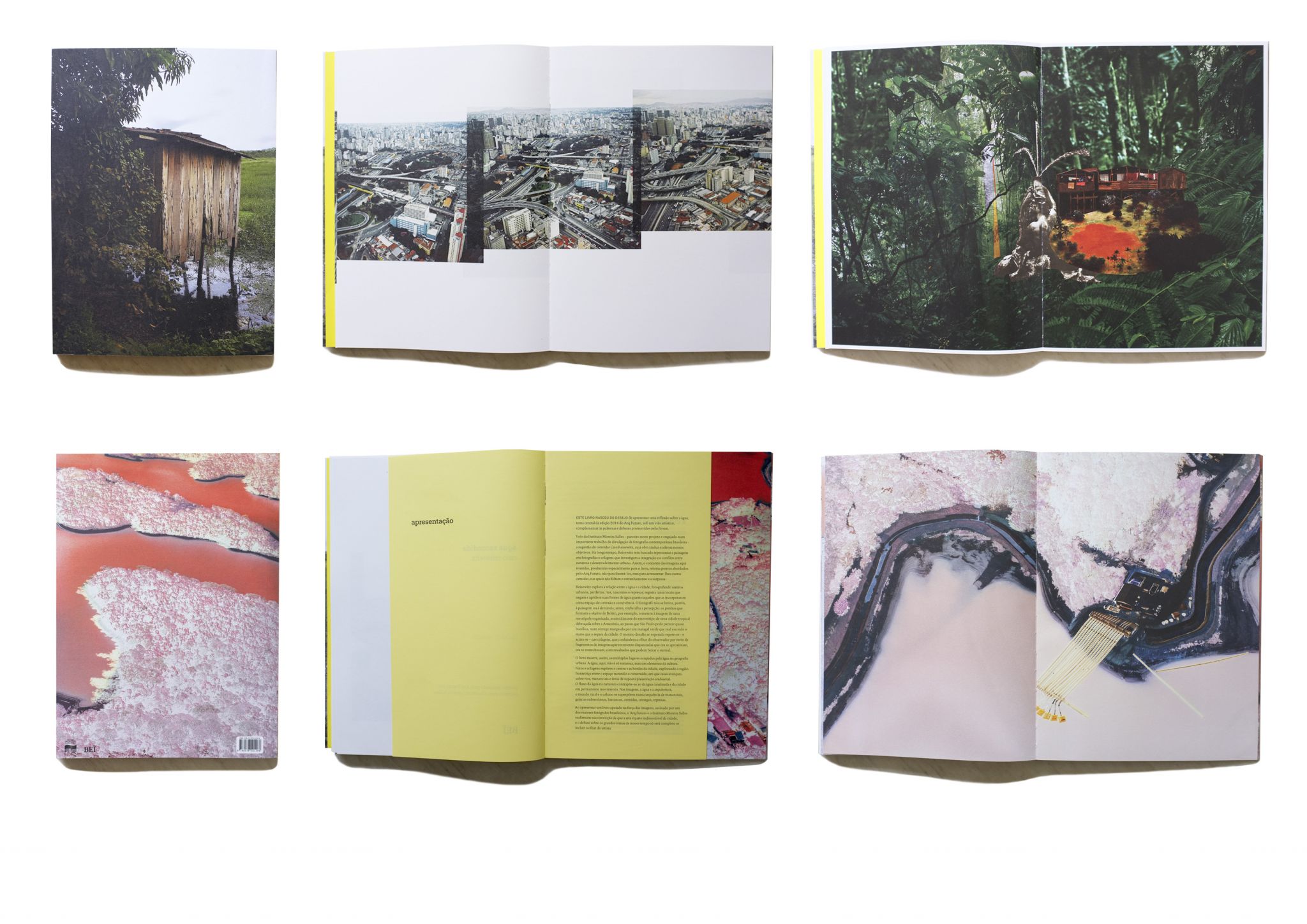 A partnership between the Instituto Moreira Salles and Arq.Futuro, the Hidden Water project originated from the desire to present a more reflective work on water, the central theme of the 2014 Arq.Futuro forum, from an artist’s point of view, to complement the lectures and debates held on the occasion. Photographer Caio Reisewitz, who was commissioned for this job and whose work over time has sought to represent the landscape in photographs and collages, explores the integration and conflict between nature and urban development.

In a series of photographs, Reisewitz explores the relationship between water and the city, by taking pictures of urban centers, suburbs, rivers, water sources and dams; registering both locations where the water sources are damaged or poorly utilized, as well as those that are well incorporated in terms of space and living. The photographer was not, however, limited to landscape shots or to making indictments; he shuffles our perception: the buildings making up the skyline in Belém, for example, capture the image of an organized city, a far cry from the stereotypical tropical city overlooking the Amazon, in the same way that São Paulo can be shown as a calm, often melancholic city, summed up in the image of eroded stilt houses built on strip of sea. The same challenge, as expected, is seen again, and this time even more clearly, in the collages, which confuse the observer’s view with fragmented and apparently disconnected images that sometimes combine and sometimes conflict, with results often bordering on the surreal – combining new photographs with others from archives, as well as with anonymous images taken by unknown photographers.

As such, viewers see a variety of places covered by water in urban geography. The water here is not just nature, but an element of culture. Photos and collages show the center and suburbs of a city, exploring the region bordering natural and built-up space, where houses overlook rivers, freshwater lakes and supposedly environmentally preserved areas. The flow of water in nature often runs contrary to the water piped to a city in constant movement. In the images, water is the architecture, the rural and urban worlds overlapping in a sequence of freshwater lakes, underground galleries, embankments, avenues, creeks, streams and dams.

The project resulted in a book edited by Thyago Nogueira and published by BEI. It includes an essay by the anthropologist and poet Antonio Risério, and was designed by Elisa von Randow. ///

Read the article on Caio Reisewitz’s work “Transposition” published on ZUM #3, with text by Natalia Brizuela.