Taken during time off from his ethnographic research among the Araweté Indians in the early 1980s, anthropologist EDUARDO VIVEIROS DE CASTRO’s photographs, shown in the exhibition Variações do Corpo Selvagem [variations on the wild body] and edited by MIGUEL RIO BRANCO for ZUM, recorded a daily life marked by physical intimacy and material sobriety. 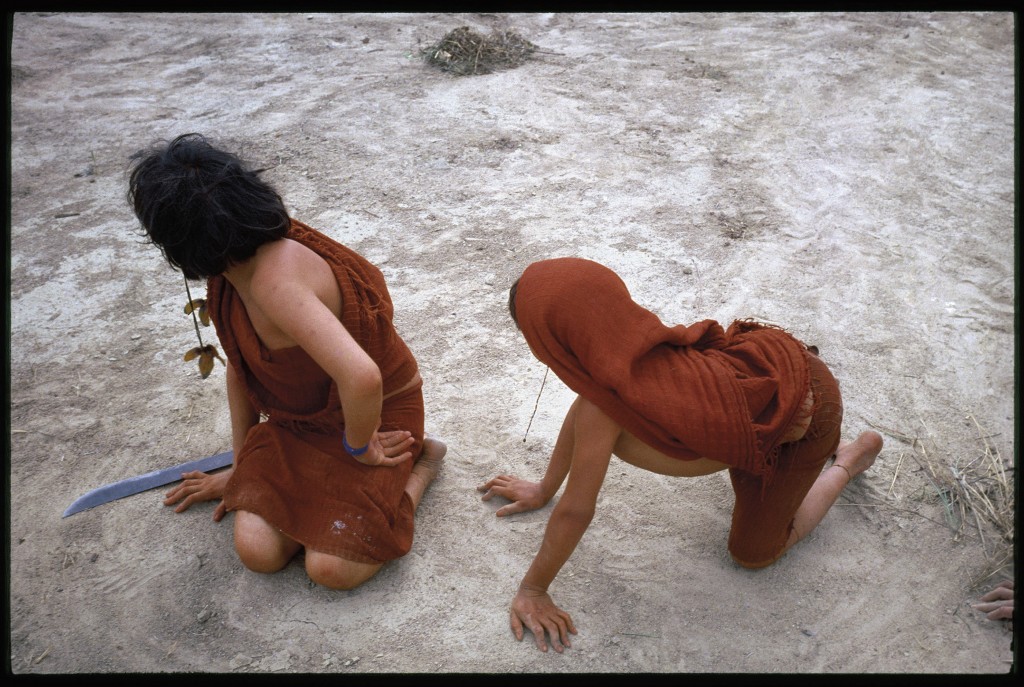 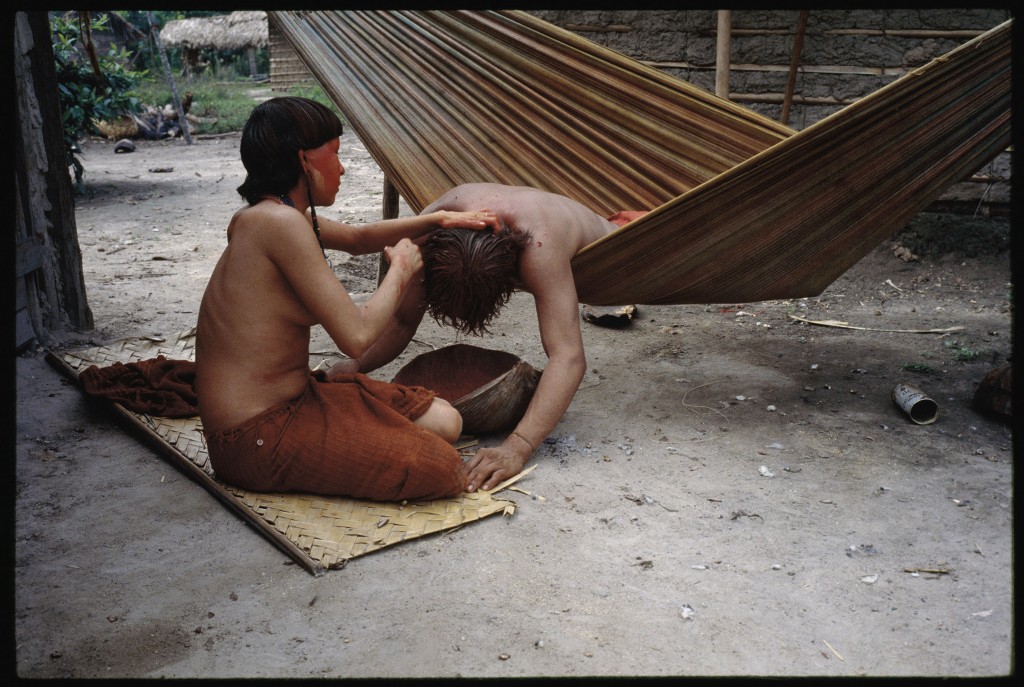 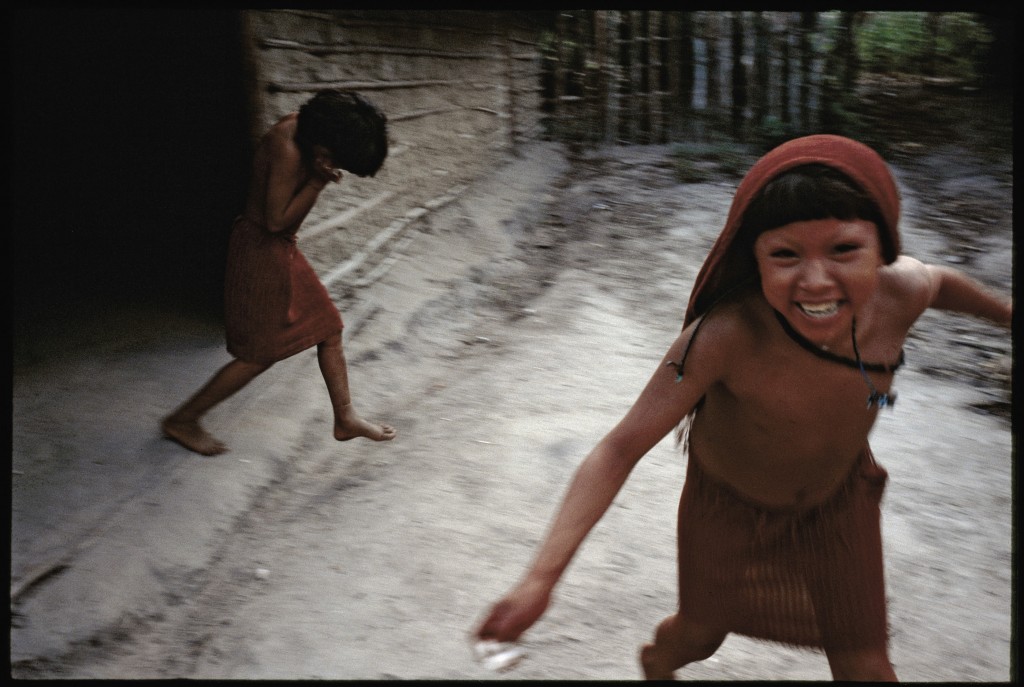 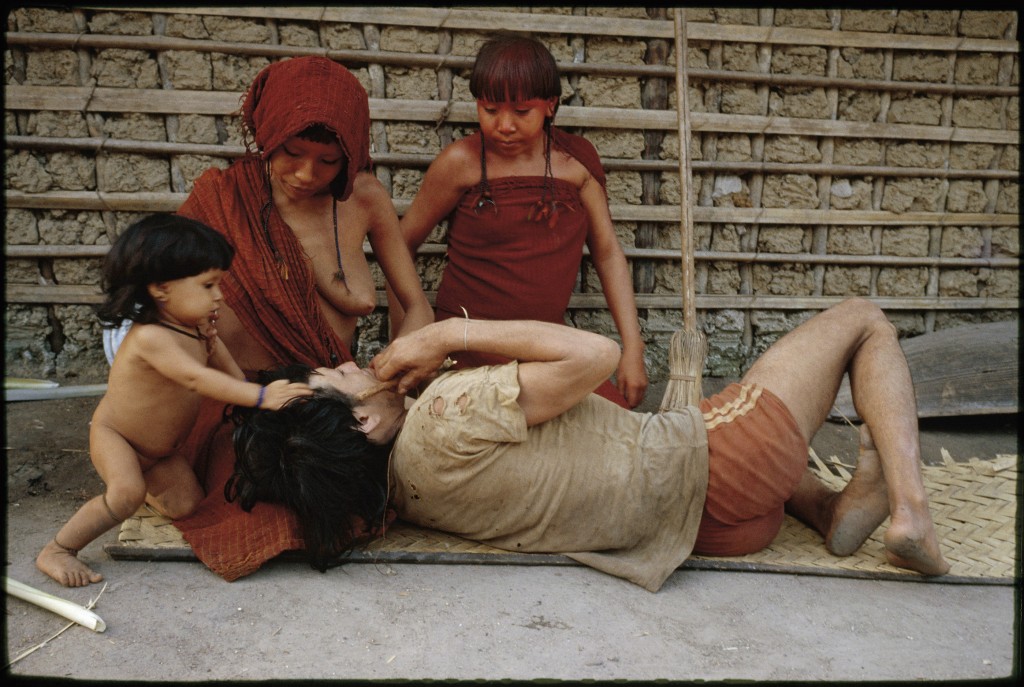 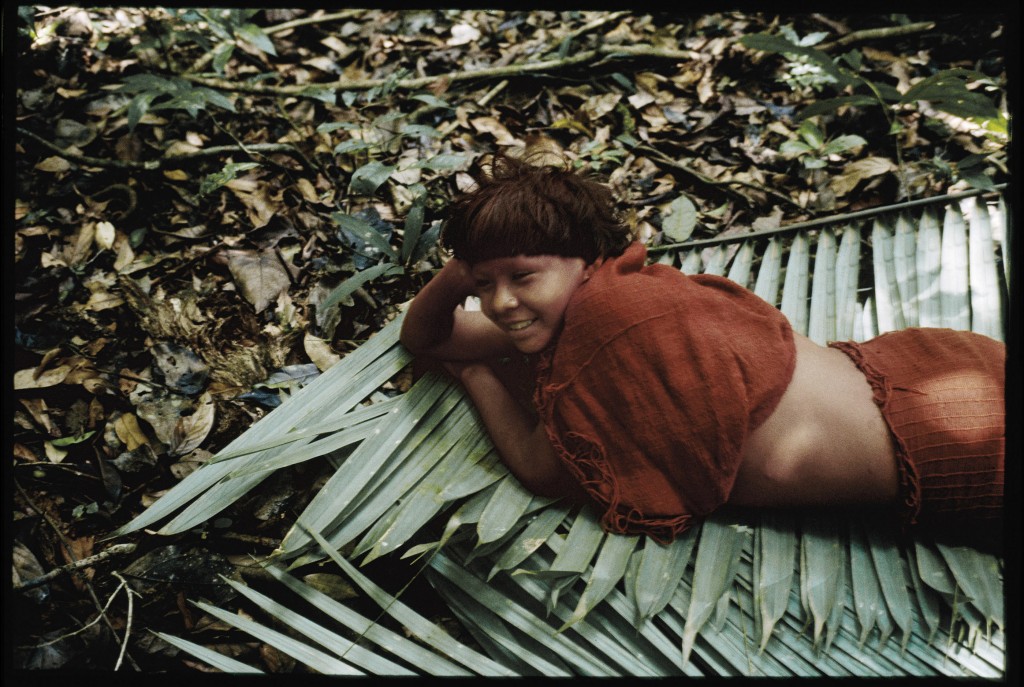 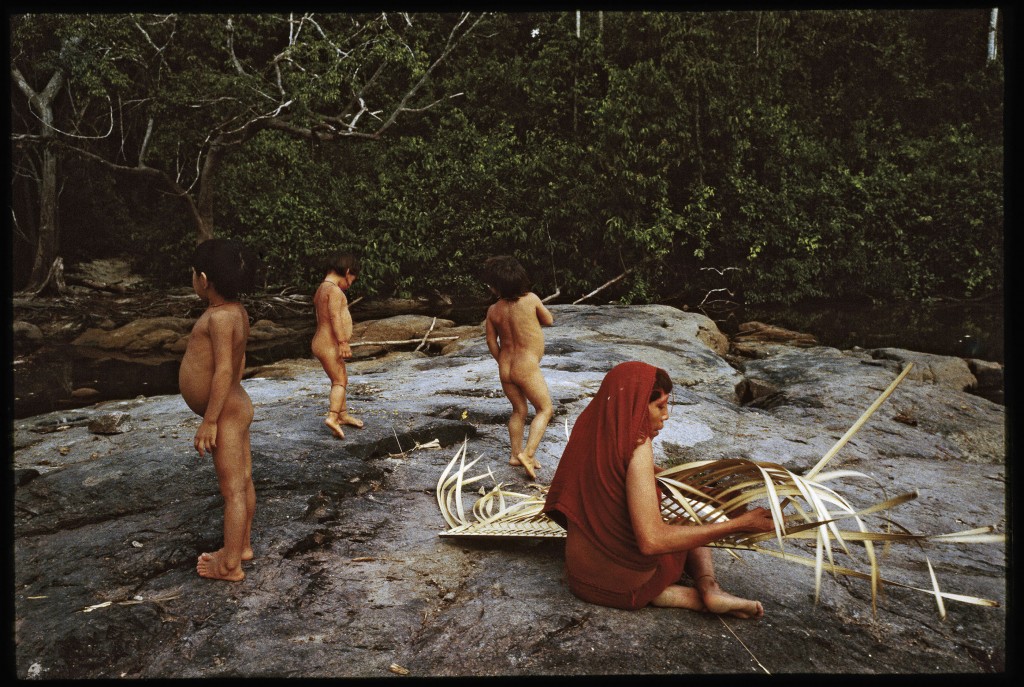 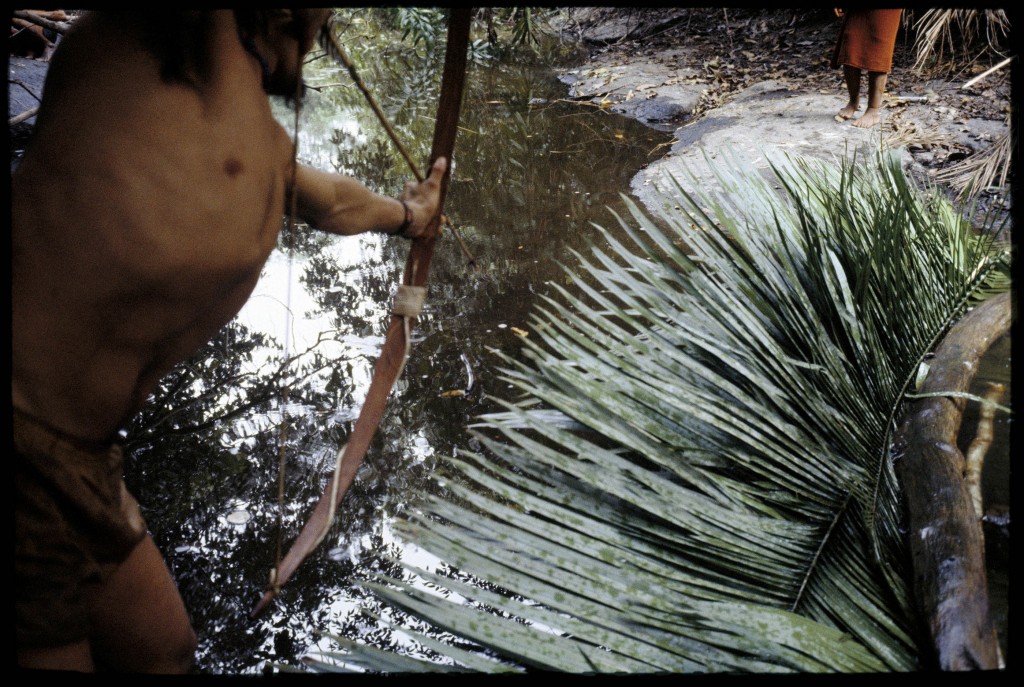 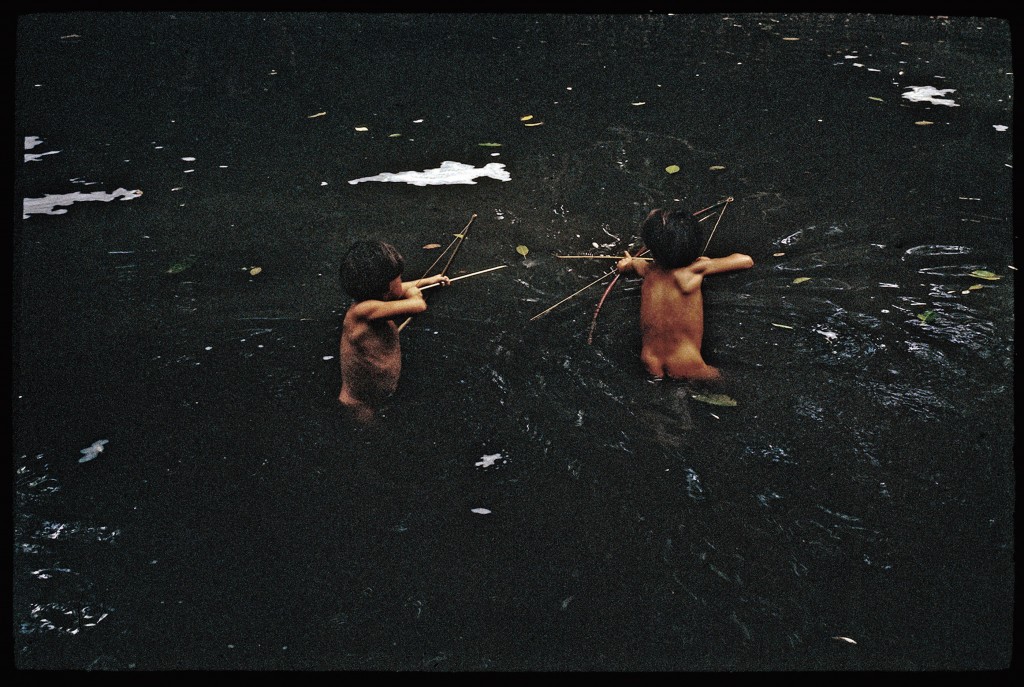 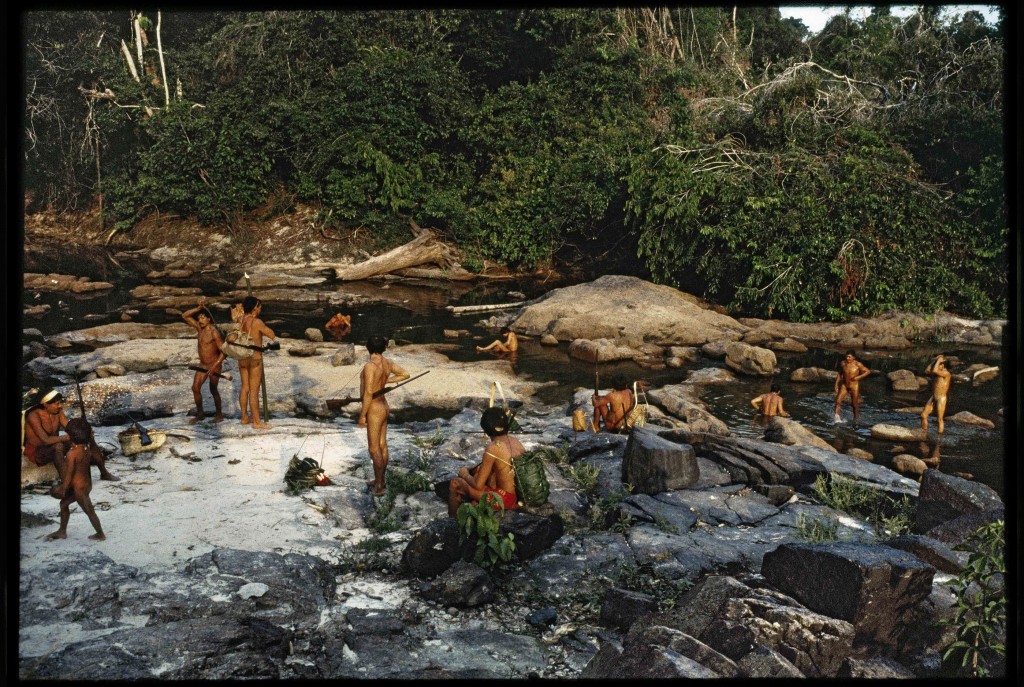 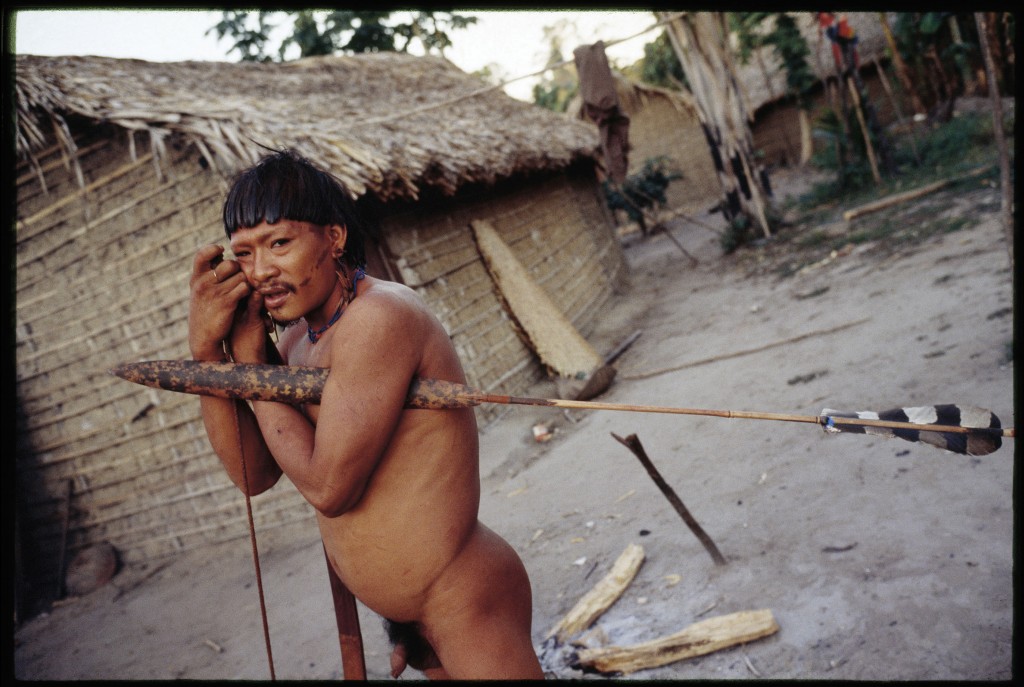 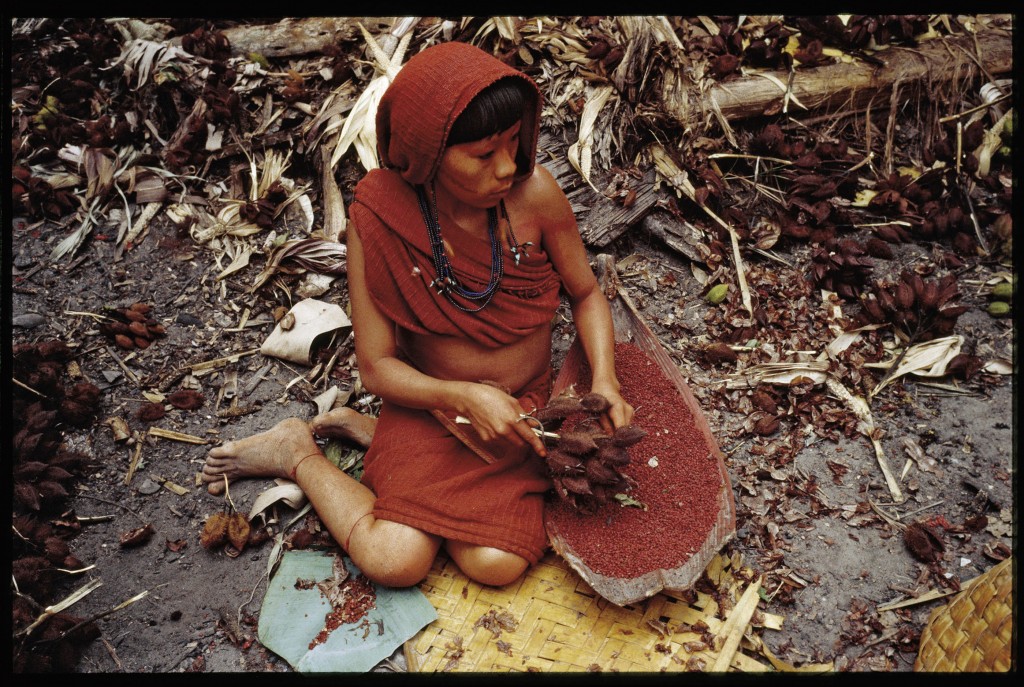 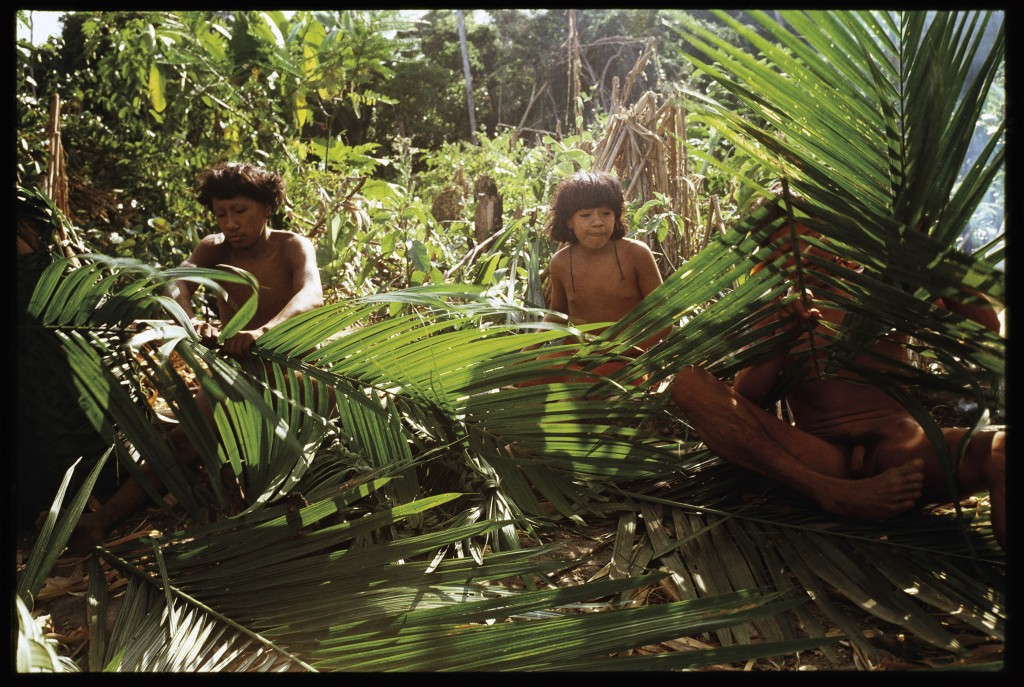 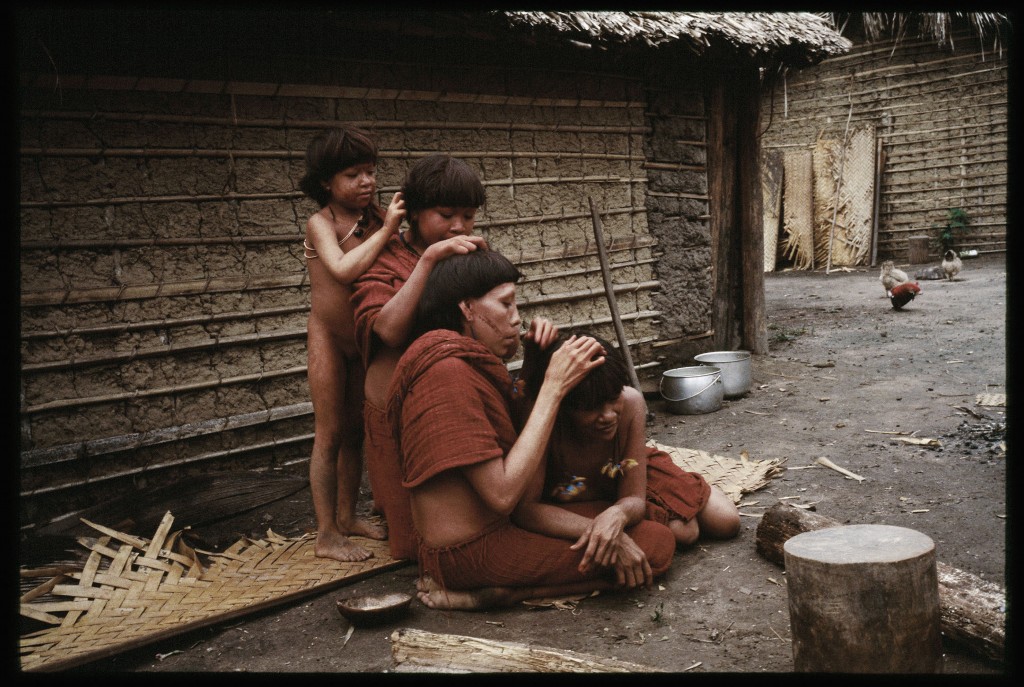 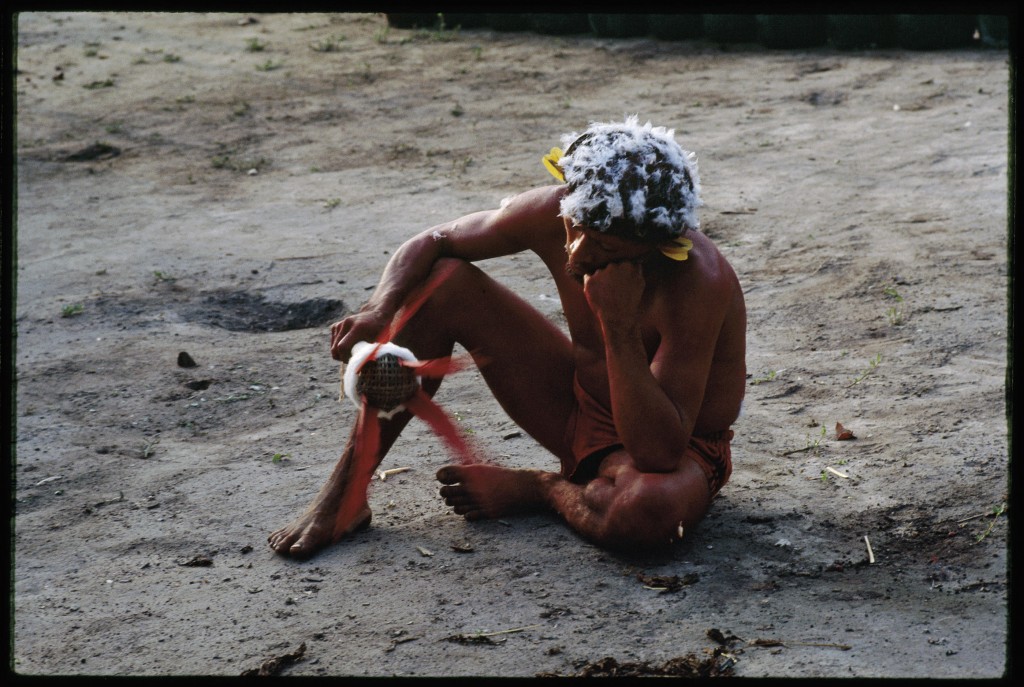 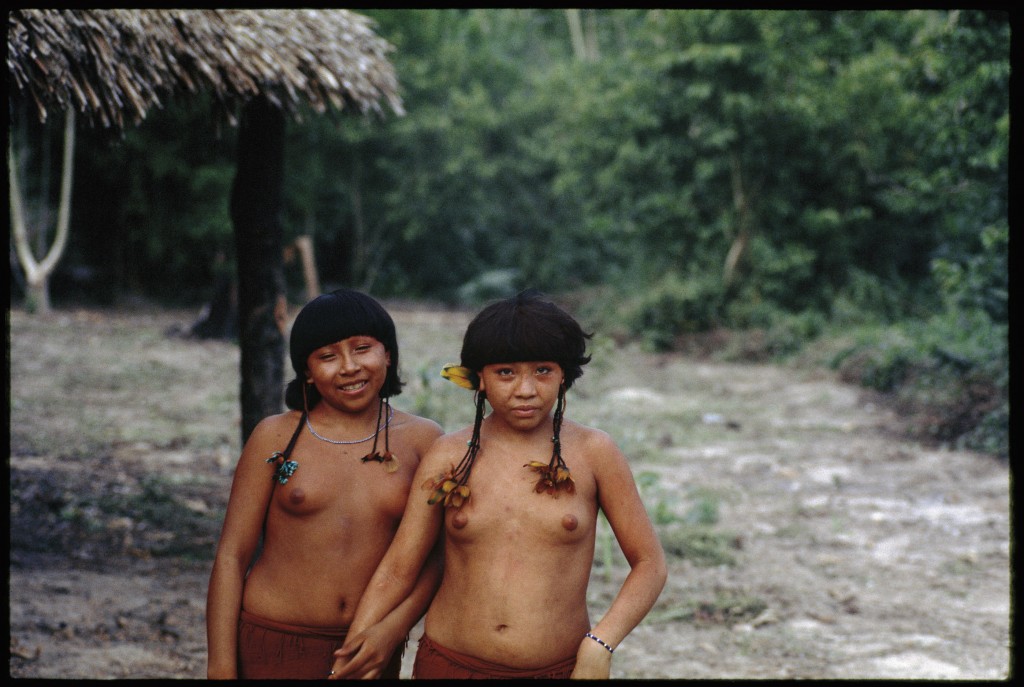 All the images shown here depict situations and moments in the daily life of only one indigenous people, with whom I spent 11 months between 1981 and 1983, and have visited a few times since then: the Arawete, a Tupi-Guarani-speaking people, who inhabit the Igarape Ipixuna basin, on the right bank of the Middle Xingu river. Ipixuna lands and its people are not far from the huge, useless and devastating Belo Monte hydroelectric dam complex, the apple of the eye of our current commander- in-chief, who is relentlessly building dams throughout the Amazon basin, following an ecocide and ethnocide project which is unprecedented in the history of South America. The impact of this project is already being felt in many ways in the current life of the Arawete.

These pictures were taken during my first stay with them. They had drastically declined in number after their “contact” with the so-called surrounding society in 1976, a disaster that reduced its original population of about 350, scattered in several villages on the right bank of the Xingu, to a single village of only 135 people in 1981, the result of diseases introduced by white people. Today they number about 400, divided into six villages.

The photographs were taken during a period of ethnographic research by an anthropologist by profession and a photographer only in – and above all of – his free time. Before embarking on anthropology, I had got involved in photography in a very different context, taking film set photographs for another old friend, Ivan Cardoso. This was during an especially remarkable time in the artistic, political and cultural scene in Rio de Janeiro in the 1970s. This earlier work, and my regular contact with Ivan Cardoso, Helio Oiticica, Julio Bressane, Waly Salomao, Carlos Vergara and others (including, last but not least, the editor of this selection of photos), together with what might be called the intense existential experimentation that marked the Rio counter-culture at that time, certainly had a formative influence on my way of taking photos. All this is, in ways still somewhat obscure to me, in the origin of my decision to flee into the interior of Brazil and look for a country as different as possible from that which surrounded us in the anos de chumbo [literally “years of lead”, the darkest period of the military dictatorship]. That’s how I ended up finding this other Brazil in the indigenous worlds of the Amazon, which had begun to suffer from the violent colonialist offensive directed by the military dictatorship and its civilian sponsors, many of whom continue funding the current government’s power project to remove once and for all all traces of indigenous Brazil and convert it into a grotesque caricature of European and American civilization (the “West”), whose precipitous decline in the new century does not seem to discourage its tropical imitators.

These photos of the Arawete are not part of the research. I did not use them as an ethnographic tool – not even as documentation. I do not practice what they call today visual anthropology. On the contrary, the pictures are completely separate from my research; they were taken during those moments when I stopped bothering people with my annoying questions, recordings and notes and stepped back to look at the world around. They record the little moments in life, the tasks and days of a people whose beauty, delicacy and joy only increased the contrast to their extreme material sobriety and to the lack of that theatricality that characterizes the cultures of other Amazonian peoples, where there is an abundance of sumptuous plumage, meticulous body decoration, spectacular ceremonies and elaborate interpersonal etiquette.

The images that Miguel has chosen cover the whole palette of places and recurring moments in Arawete life – the village and the forest, the river and the small plantations, hunting and fishing, manufacturing its few but beautiful, effective and sufficient utensils, the intense physical intimacy between people, their everyday communal meals (including the macaws), the discreet elegance of small gestures, the centrality of shamanism as their way of communicating with the gods and the dead. And the omnipresence of the color red, that red that comes from urucum (the seeds of the annatto tree), ranging from the deep red of fresh annatto to the faded-by-use yellowish-brown dye, applied on their bodies, objects, the women’s traditional clothes. The red signifies everything which is Arawete and gave them their name – kuben-kamrek-ti, “the very red enemies” – amongst the Xikrin, their Jespeaking neighbors.

The first time the Arawete asked me to see a color photo that I had brought from a previous trip, instead of the black and white ones that I was showing them, they said: “We want to see a red photo.” Red – that color of color, under which the green of the forest, the white of the dried straw, the greyish- brown of the clay and dirt, the black of the Ipixuna river waters and stones serve as background. (Red, lest we forget, is also the color of the safety light from the good old days of analogue photography, the light turned anti-light under which we all toiled in our darkrooms for endless hours.)

I can only hope that the Arawete, in spite of the white people with their concrete and metal, their stupidity and their cupidity, remain free, red and happy. (EVC) ///

+
The exhibition Variações do Corpo Selvagem [variations on the wild body], curated by Eduardo Sterzi and Veronica Stigger, was on view at SESC Ipiranga, in São Paulo, until November 29, 2015.

Eduardo Viveiros de Castro (1951) is a professor at the National Museum of Anthropology of the Federal University of Rio de Janeiro. He is the author of A Inconstância da Alma Selvagem [the inconstancy of the wild soul] (Cosac Naify, 2002) and Metafísicas Canibais [cannibal metaphysics] (Cosac Naify, 2015), among other works.