In this issue, photography shows the other, similar or different. See below ZUM #14’s visual summary: 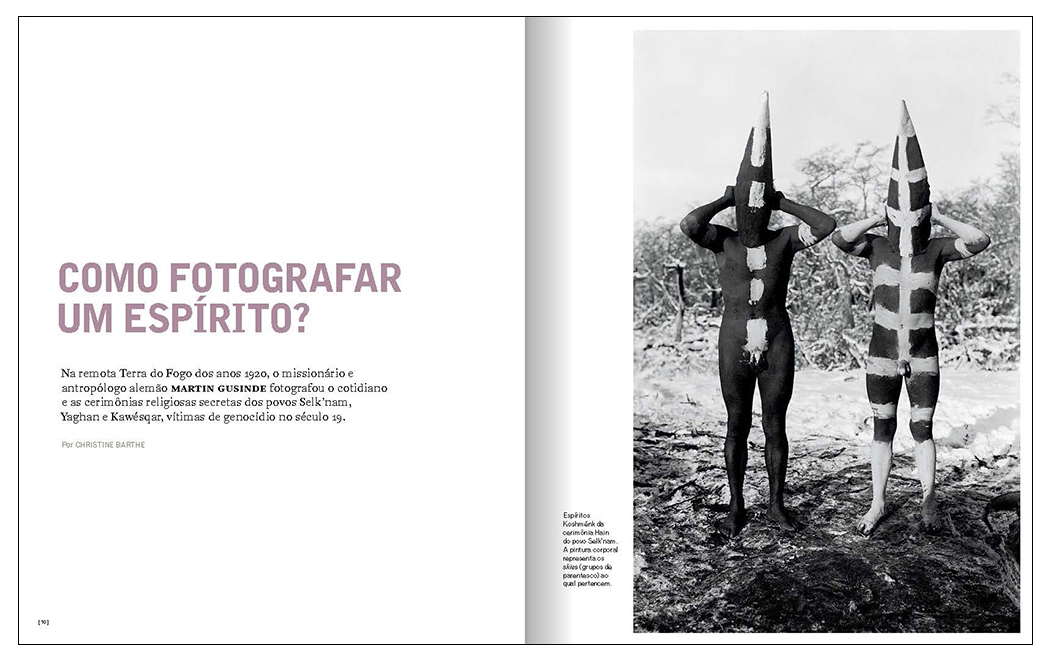 Back in the 20’s, the German missionary and anthropologist, Martin Gusinde, represented the indigenous in his pictures of the people from Tierra del Fuego. With his lenses, the researcher registered the religious ceremonies of the Selk’nam, Yaghan and Kawésqar, generating “a series of portraits in which today’s Yaghan population can recognize itself and a plausible typology of Selk’nam’s supernatural figures” according to the curator Christine Barthe. 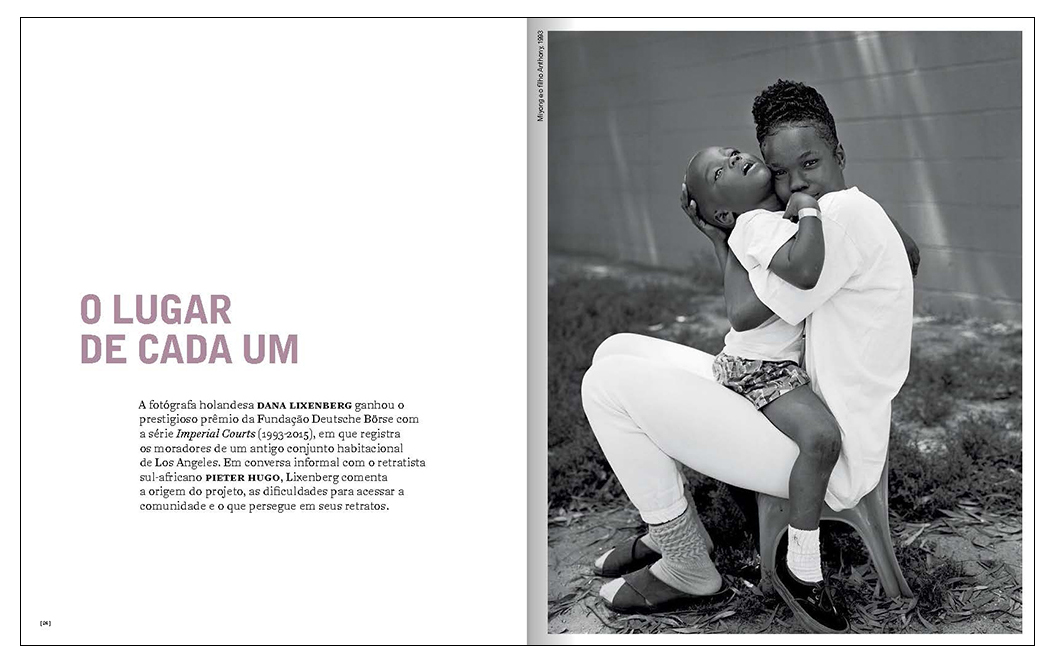 Dutch photographer Dana Lixenberg captures an intimate portrait of a community. Her famous work entitled Imperial Courts (1993-2015) depicts the residents of a former housing estate in Los Angeles, USA. In an exclusive interview with the south-african photographer Pieter Hugo, Lixenberg comments on the conception of the project and on how important it was to help her finding her voice as an artist. 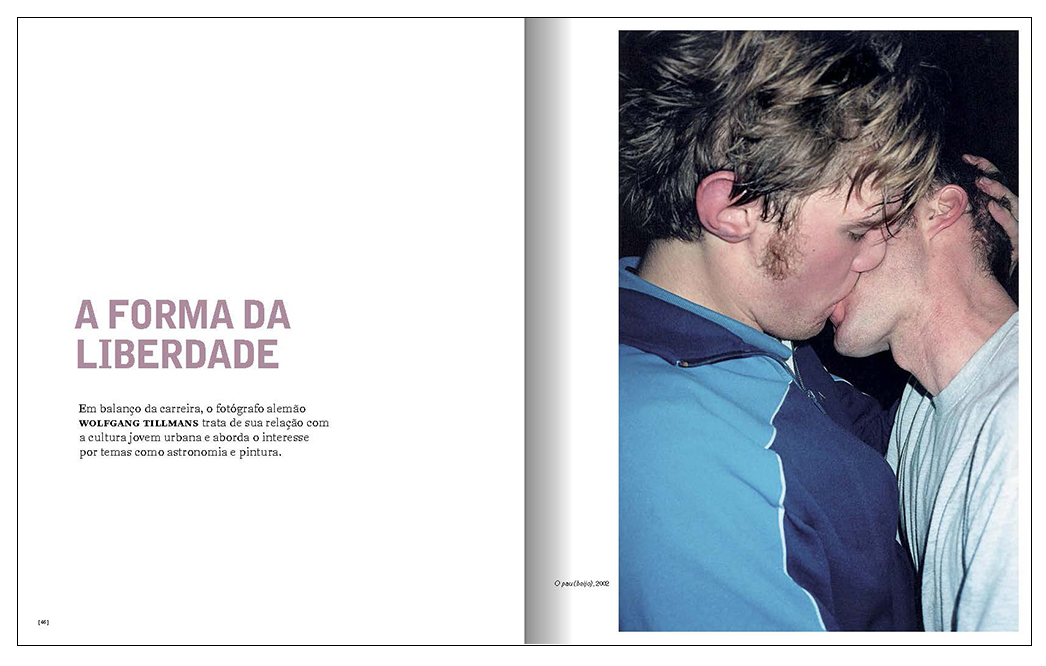 Wolfgang Tillmans writes about the exercise of alterity in his text, which was originally a lecture presented in the Royal Academy of Arts, London. The German photographer makes an assessment on his career, marked by experimentalism, his interest in painting and astronomy, and by the production of records of the social and sexual life of his friends. 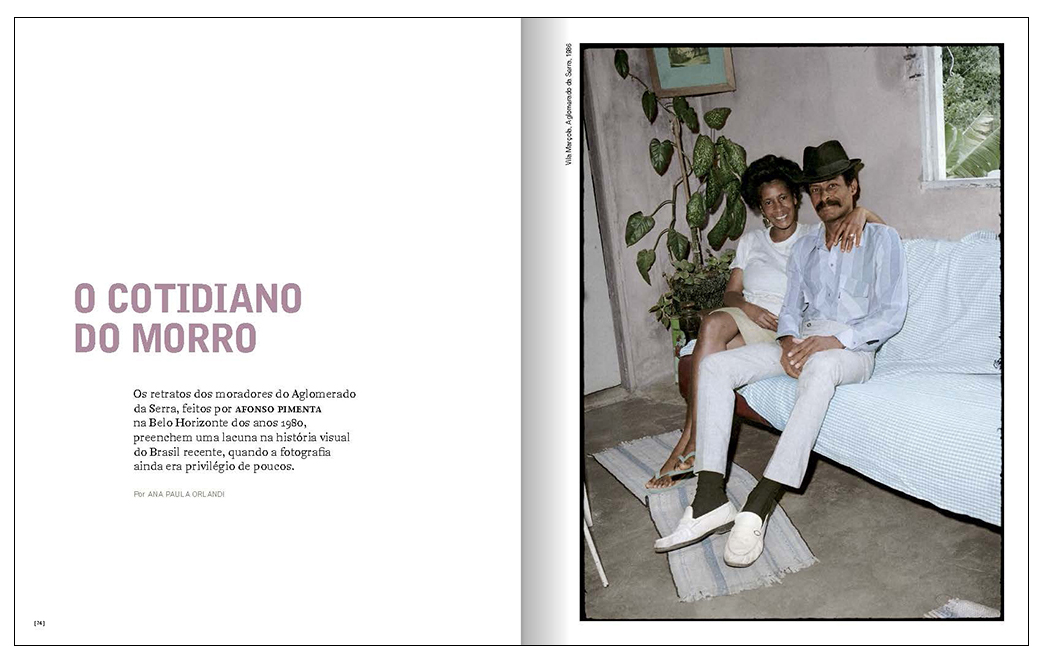 In the 1980s, the photographer Afonso Pimenta, from Minas Gerais, produced several images of the residents of Aglomerado da Serra, in Belo Horizonte. Through her text, the journalist Ana Paula Orlandi tells the story of this photographer who lived in the community and captured the daily lives of his neighbors, registering the birthday parties, weddings and the effervescent popular music parties. 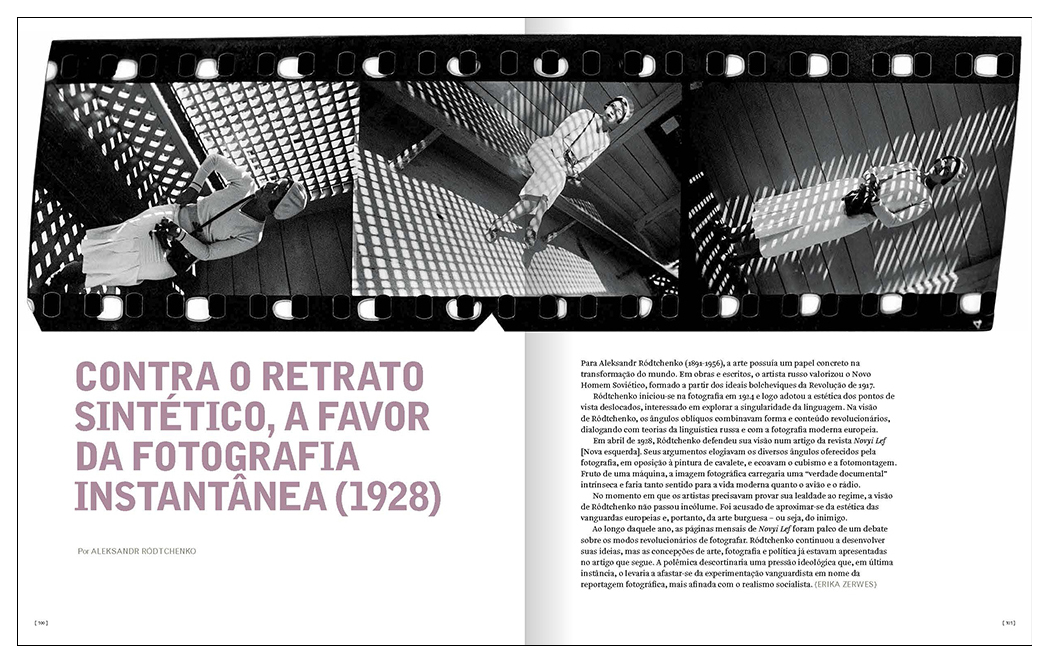 Regarding the relationship between photography and identity, this edition presents a historical text by the Russian Aleksandr Ródtchenko, published in 1928. The manifest entitled Against the synthetic portrait, for the snapshot is a defense of the multiple perspectives that photography makes possible. 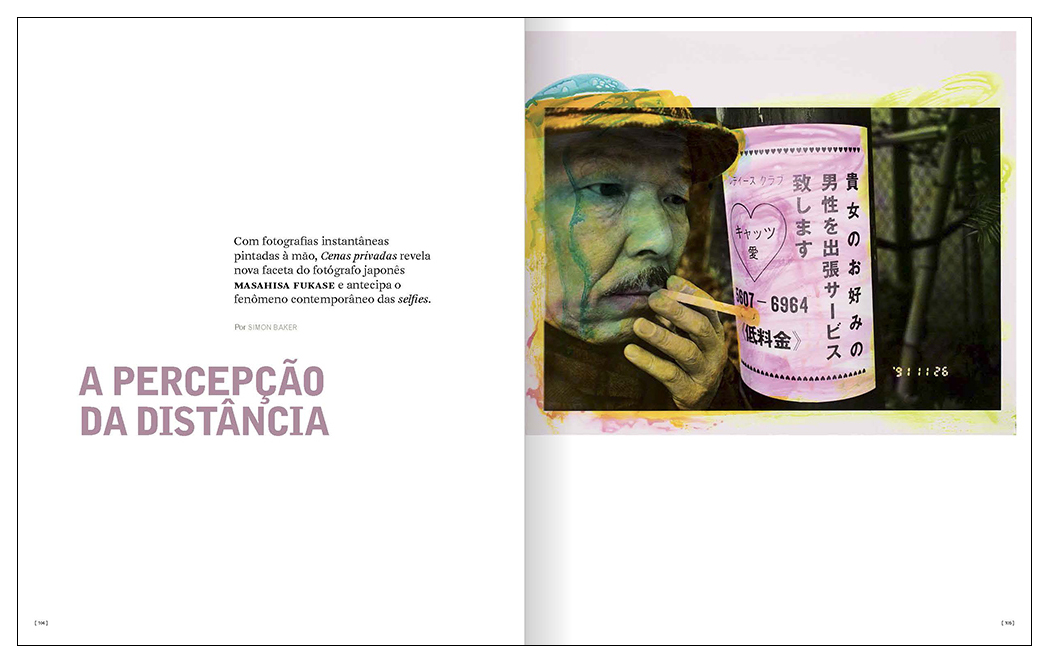 The series Private Scenes by the photographer Masahisa Fukase, one of the great names of japanese photography, is commented by the curator Simon Baker. Composed by hand-painted instant photographs of everyday scenes, in which Fukase always puts himself on the foreground, this work anticipates the contemporary phenomenon of selfies. 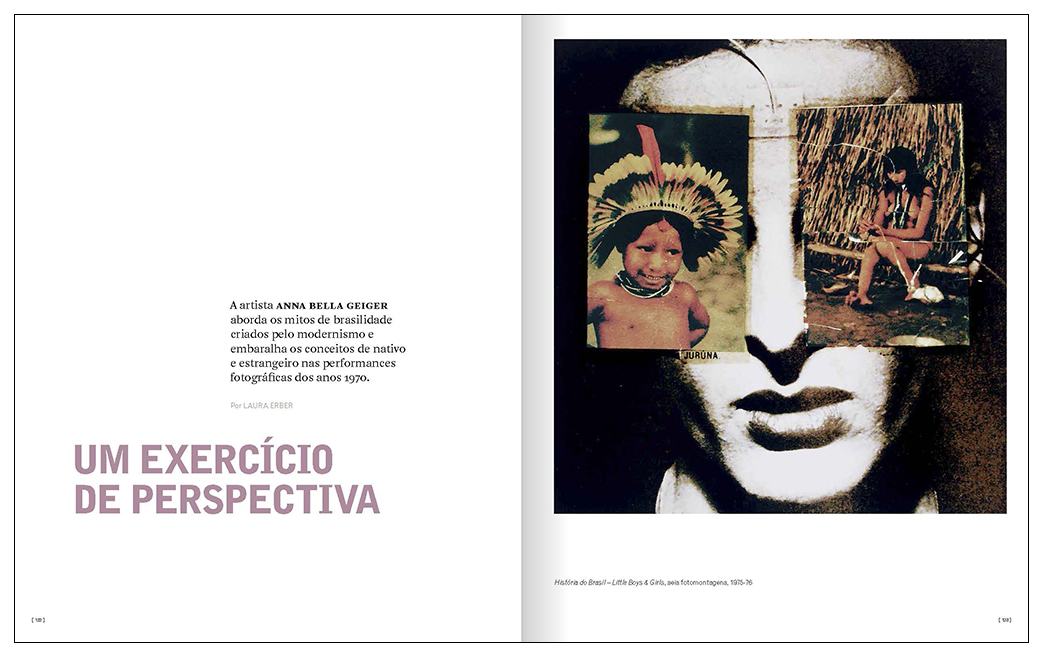 ZUM #14 also presents images of the photo-performances Brasil nativo/ Brasil alienígena and Histórias do Brasil made by Anna Bella Geiger in the 70s. The artist is one of the pioneers of videoart in the country and she uses the language of self-portraits in order to discuss the national identity’s construction. Ironically, Geiger shows the insufficiency of narratives, “frustrating any pacific projection on emblematic images of the nation”, says Laura Erber in her text about the artist’s production. 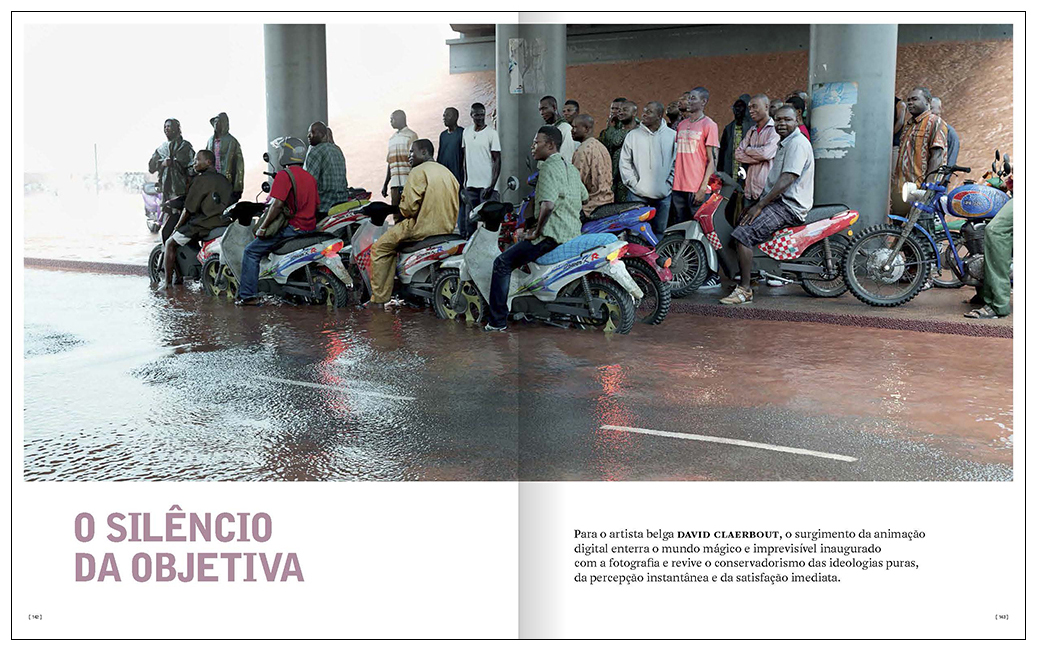 To the artist David Claerbout, while photography launches a magical and unpredictable world, the emergence of digital animation revives the conservatism of pure ideologies, instant perception, and immediate satisfaction. Through an essay, Claerbout comments that “in photography made with lenses, there is a tradition of mutual authentication between the camera operator and what is facing the lens. The photographer and his object exert reciprocal and simultaneous influences. When it comes to 3D illustration though, it is necessary to give answers to everything, in a way that each produced image exposes its own ideological motivations.” 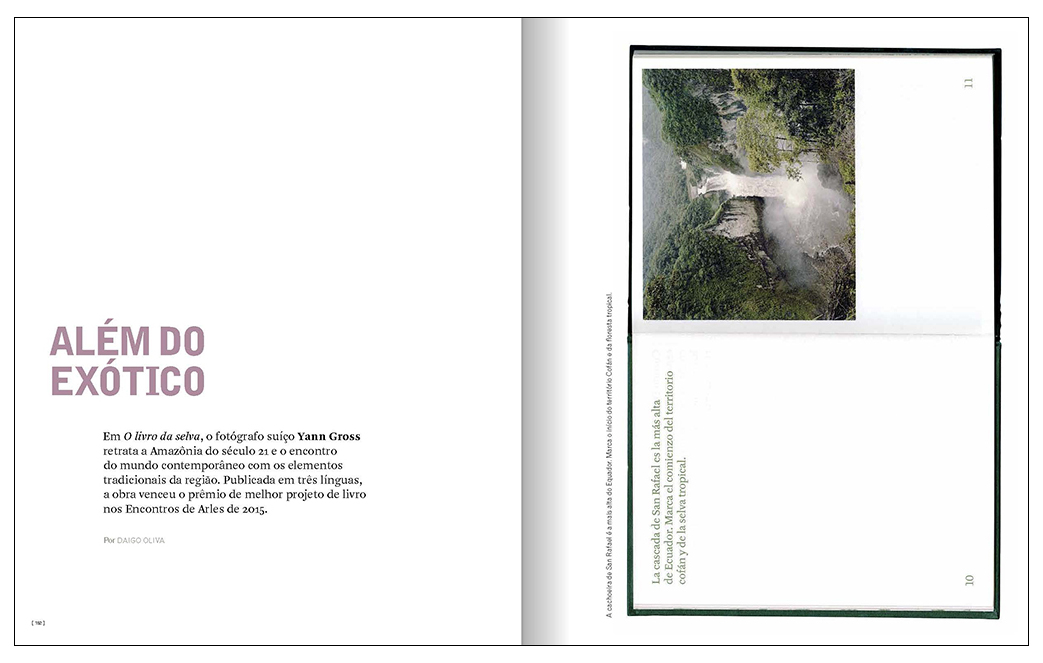 The work of the swiss photographer Yann Gross offers a counterpoint to the established speech of the exotic. In the award-winning The Book of the Jungle, Gross portrays the 21st century Amazon, showing not only a culture linked to the forest, but also the urban centers and the universe of celebrities, as the journalist Daigo Oliva notes in a review published in this issue. 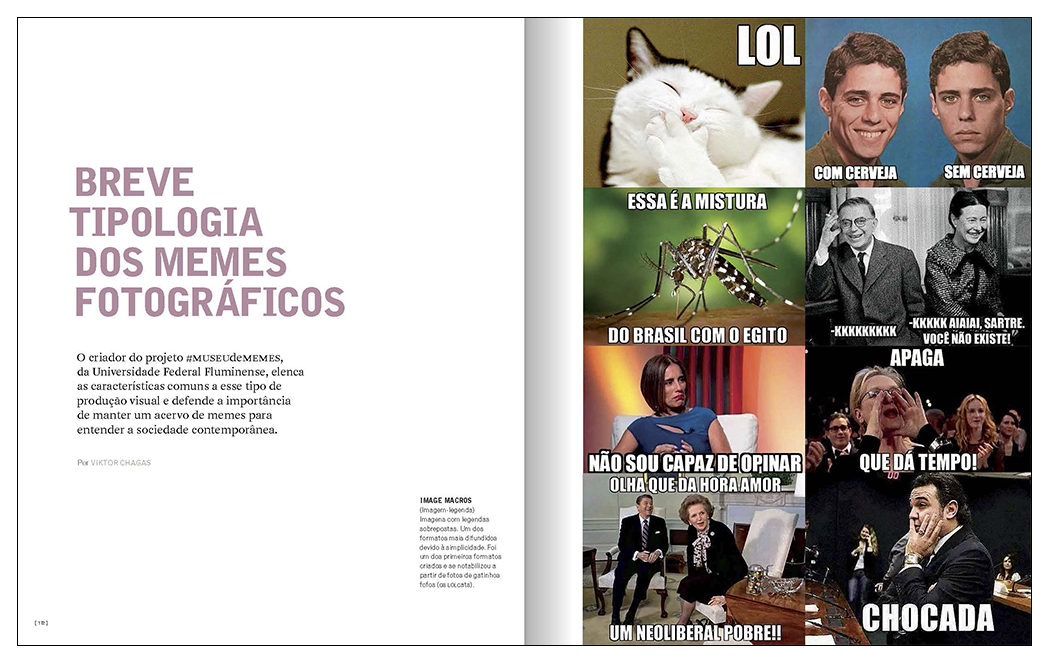 Concerning the production and consumption of images, the historian Viktor Chagas, coordinator of the project #MUSEUMofMEMES, writes about the political role of photographic memes and the necessity of researching its impact on the internet. To him, “memes comment the events, express the public opinion and play a part in the insurrection to which the political system is not accustomed”. ///