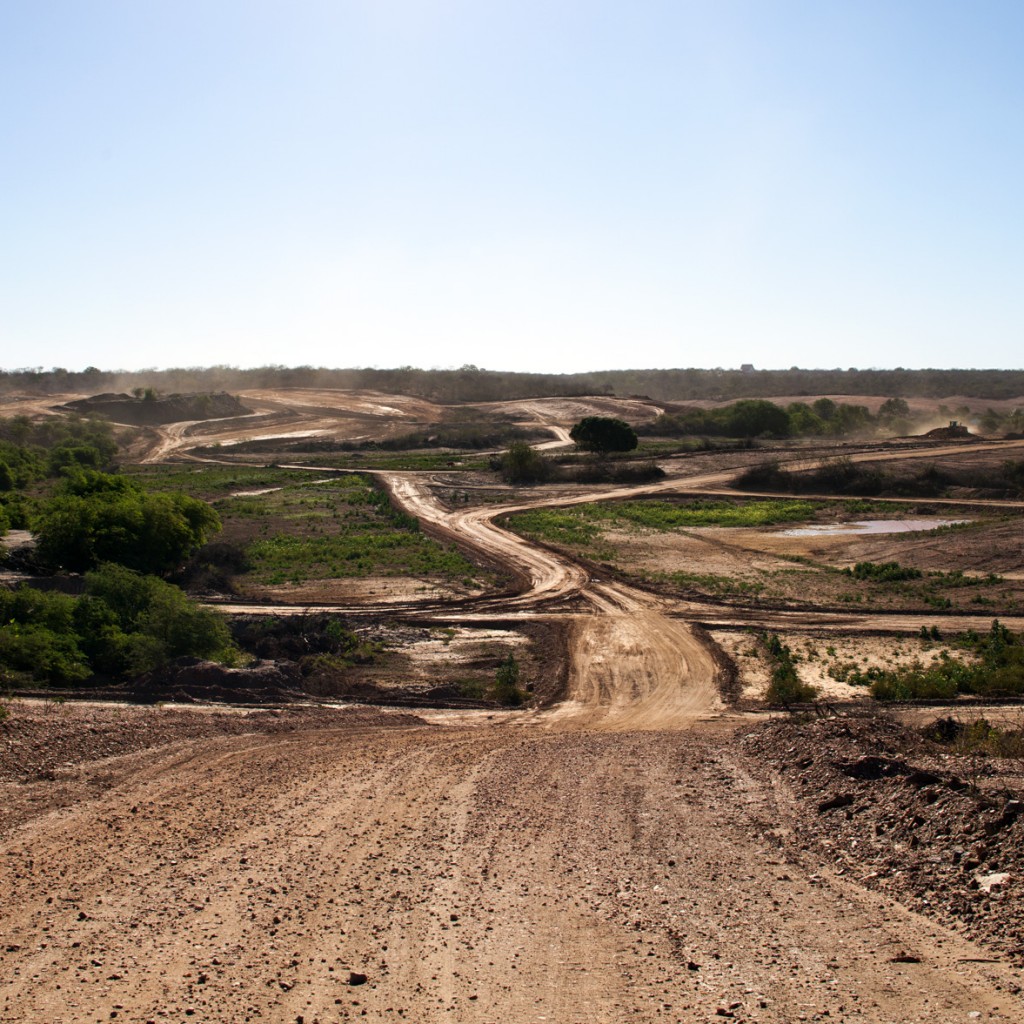 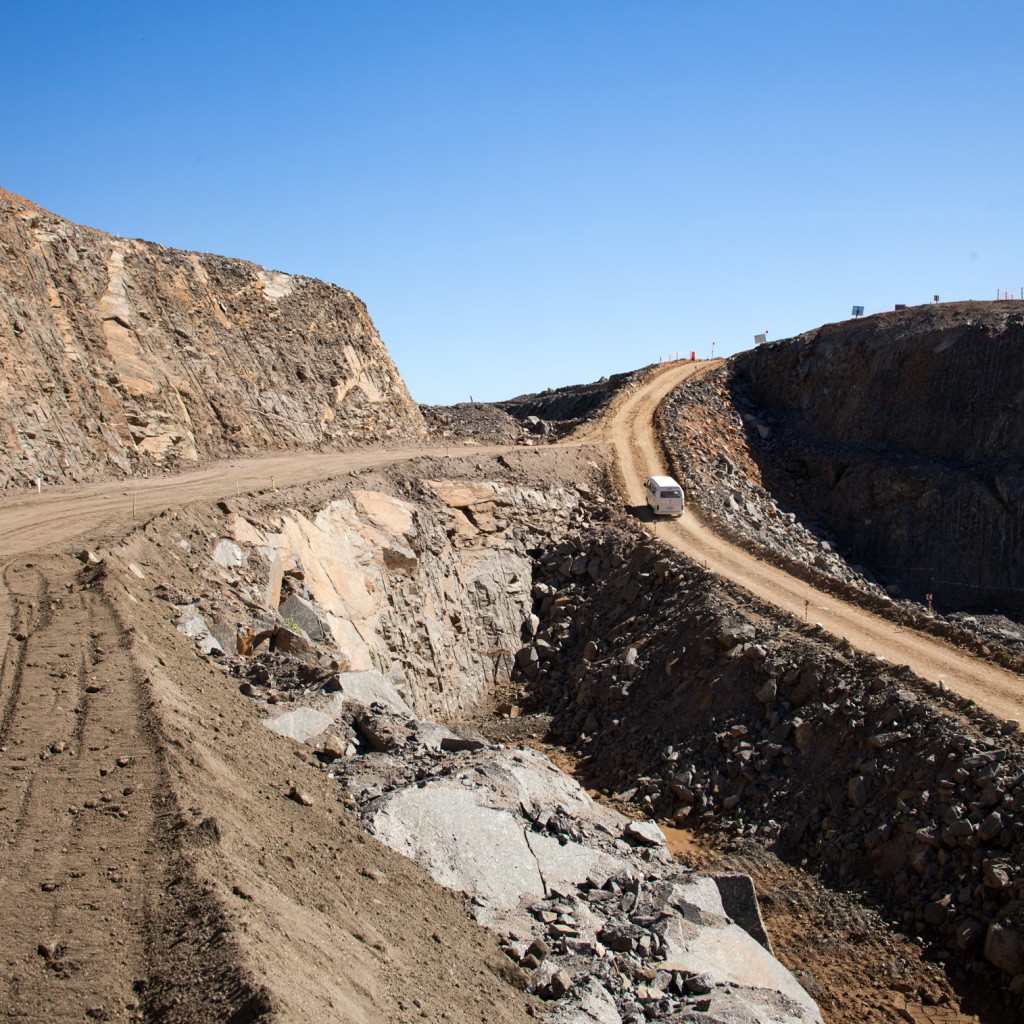 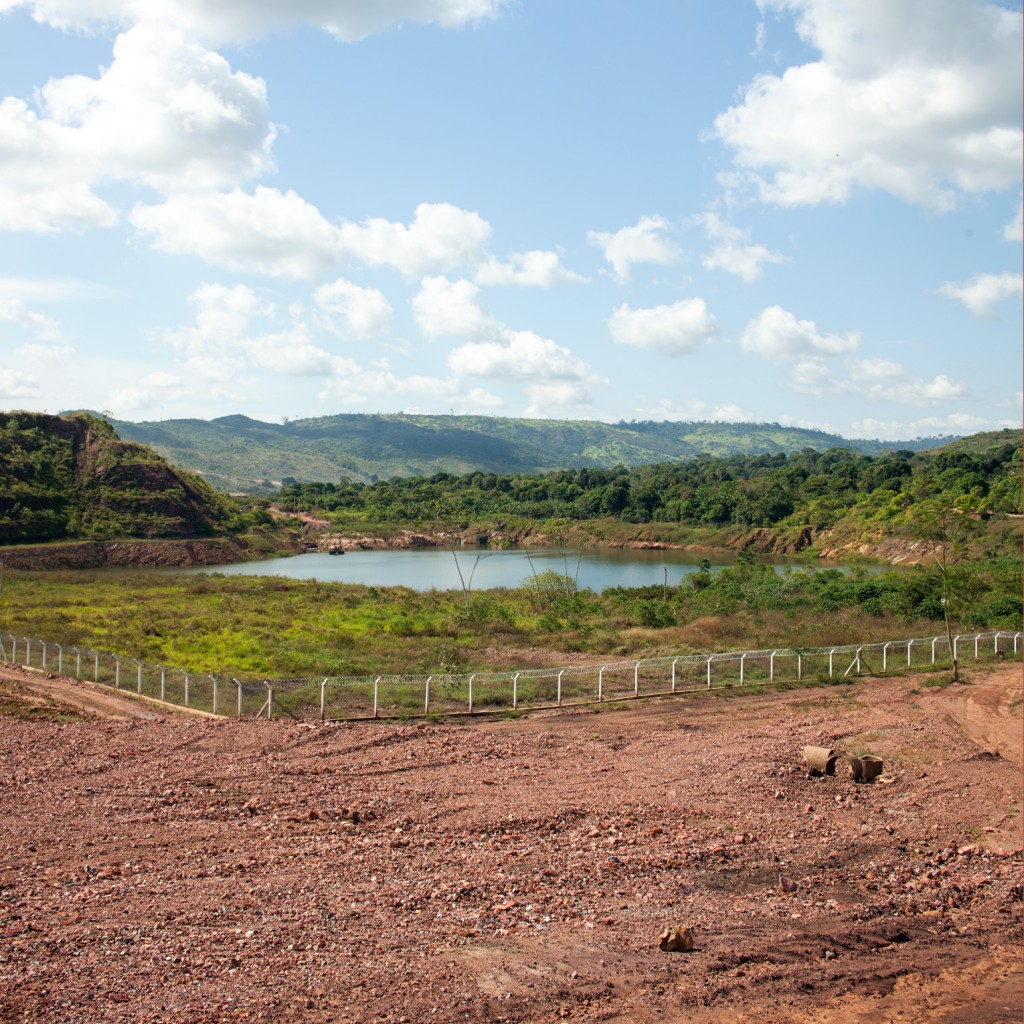 A partnership between the Instituto Moreira Salles and the 10th Architecture Biennial in São Paulo, this project sent photographer Tuca Vieira on an expedition to take pictures throughout the new burgeoning urban Brazil, painting a portrait of economic growth in the country’s Central-West, North and Northeastern regions.

Read the text written by Guilherme Wisnik that opened the exhibition Brasil: O espetáculo do crescimento [Brazil: the Spectacle of Growth], at the 10th Architecture Biennial in São Paulo, in 2013.

When in 2003 president Lula announced that Brazil would experience a “spectacle of growth”, the phrase sounded like a populist slogan, a tribute to the plethora of unfulfilled promises made over decades, and there was a certain degree of uncertainty about calling Brazil “the country of the future”. In actual fact, a great deal of change was seen in the subsequent decade, and Brazil’s economic growth (although still volatile), in the context of a world in crisis, led to the country becoming an “emerging nation”. On the domestic front, the mechanization of the mining and agribusiness sectors, together with the massive state infrastructure works undertaken, effectively redirected the path of Brazil’s economic growth to the Centre-West, North and Northeast of the country, which was reflected in the cities in these regions. It is a portrait of this new urban Brazil, still hardly a blip on the radars of the Southeast and  the architecture critics, that this exhibition attempts to illustrate.

The research team made an exploratory trip to the key locations involved in this transformation process, in the states of Pernambuco (PE) and Pará (PA). Santa Cruz do Capibaribe (PE) is currently the second-largest textile manufacturing complex in Latin America. The little town of Salgueiro (PE) has become the new hub of important infrastructure projects, such as the Transnordestina Railroad and the São Francisco River transposition. In addition, while the port of Suape (PE), known as “the Brazilian China”, prepared itself to become our largest oil refinery, Marabá and Parauapebas (PA) have been living and experiencing the effects, both stimulating and damaging, caused by their proximity to the Carajás mines, and Altamira (PA) has undergone a considerable transformation in terms of population movements and environmental impacts related to the construction of the Belo Monte dam.

If this new development brings back the memory of the “economic miracle” of the 1970s, the Brazil that we now see is not that one of the misery related to the birth of Brasília: Transamazônica Road, Serra Pelada, indigenous peoples wearing Lee jeans. Today, it seems that “Bye-bye Brazil” gives its second turn of the screw, with an abundance of foreign capital associated with the production of commodities, and the narrowing of inequalities both social and geographical, with the notion of a rising new “middle class”. This new social segment can afford to buy fridges, televisions, cars and motorbikes, as well as renovate their self-built homes in the cities they live in, or purchase from the nation’s large homebuilders in the major suburban areas through the My Life, My Home program [Minha Casa Minha Vida], opening up new fronts of urban expansion. It remains to be seen whether this recent growth brought real development, leading to an improvement in social justice and education, and not just in terms of consumerism, or whether the previous stark Brazilian contrasts is back after this unexpected ‘spectacle of growth’. 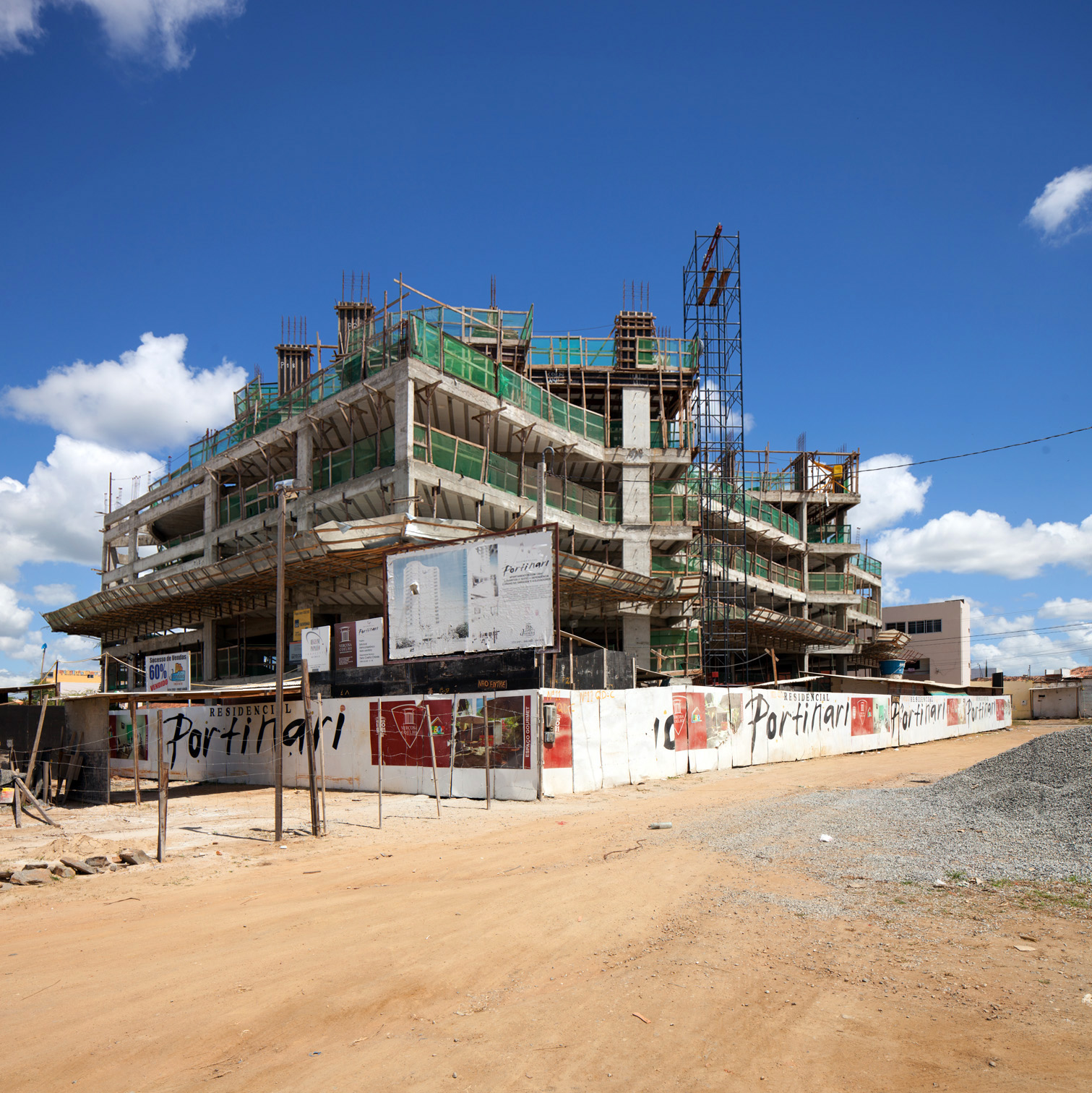 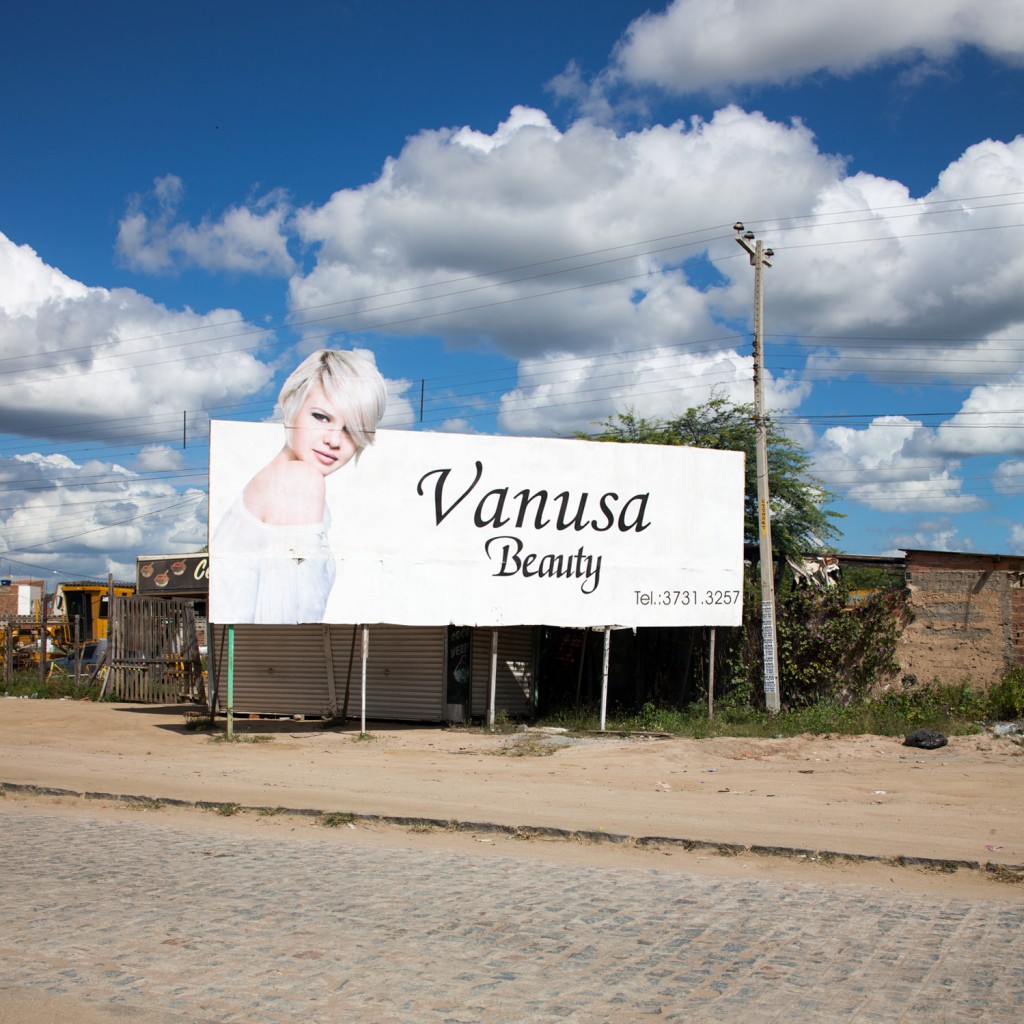 Santa Cruz do Capibaribe has around 97 thousand inhabitants, whose growth rate was of 128% between 2000 and 2010. It is one of the biggest textile centres in Latin America, fed with fabrics produced in the South. Besides being part of the ‘drought polygon’, it is a city whose economy thrived with a system of manufactures and sales of its own. 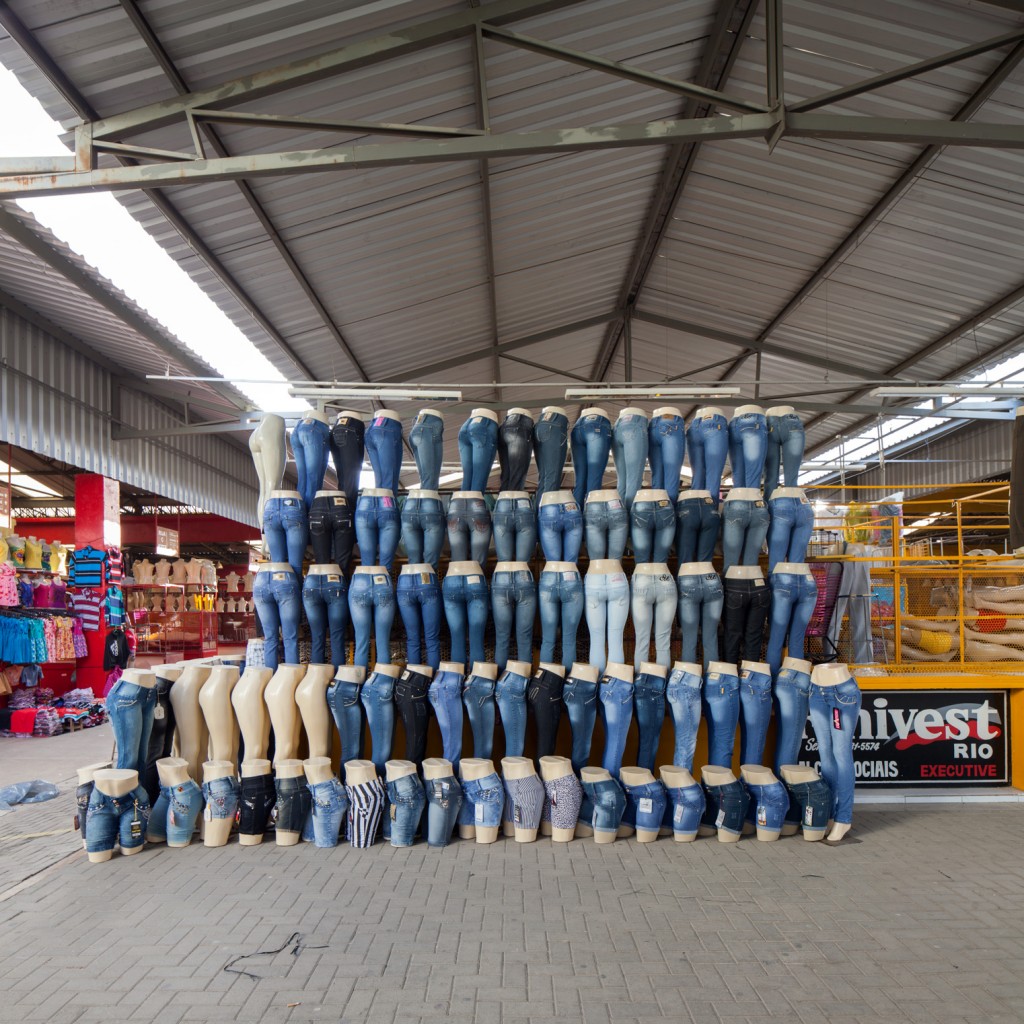 Created in 2006 to organize sales and the town itself, which was taken by fairs, the Santa Cruz Fashion Center is a mall with approximately 120,000 square meters, over 10,000 retail spaces, two food courts and a hotel. It opens from Sunday to Tuesday and people from different areas, mainly from the country’s North and Northwest, come to the town especially to shop. The other weekdays, from Wednesday to Saturday, are dedicated to the manufacture of pieces of clothing, generally in small, family-owned manufactures. Nearly 85% of the state’s approximately 22,000 companies in this business are located in Santa Cruz. 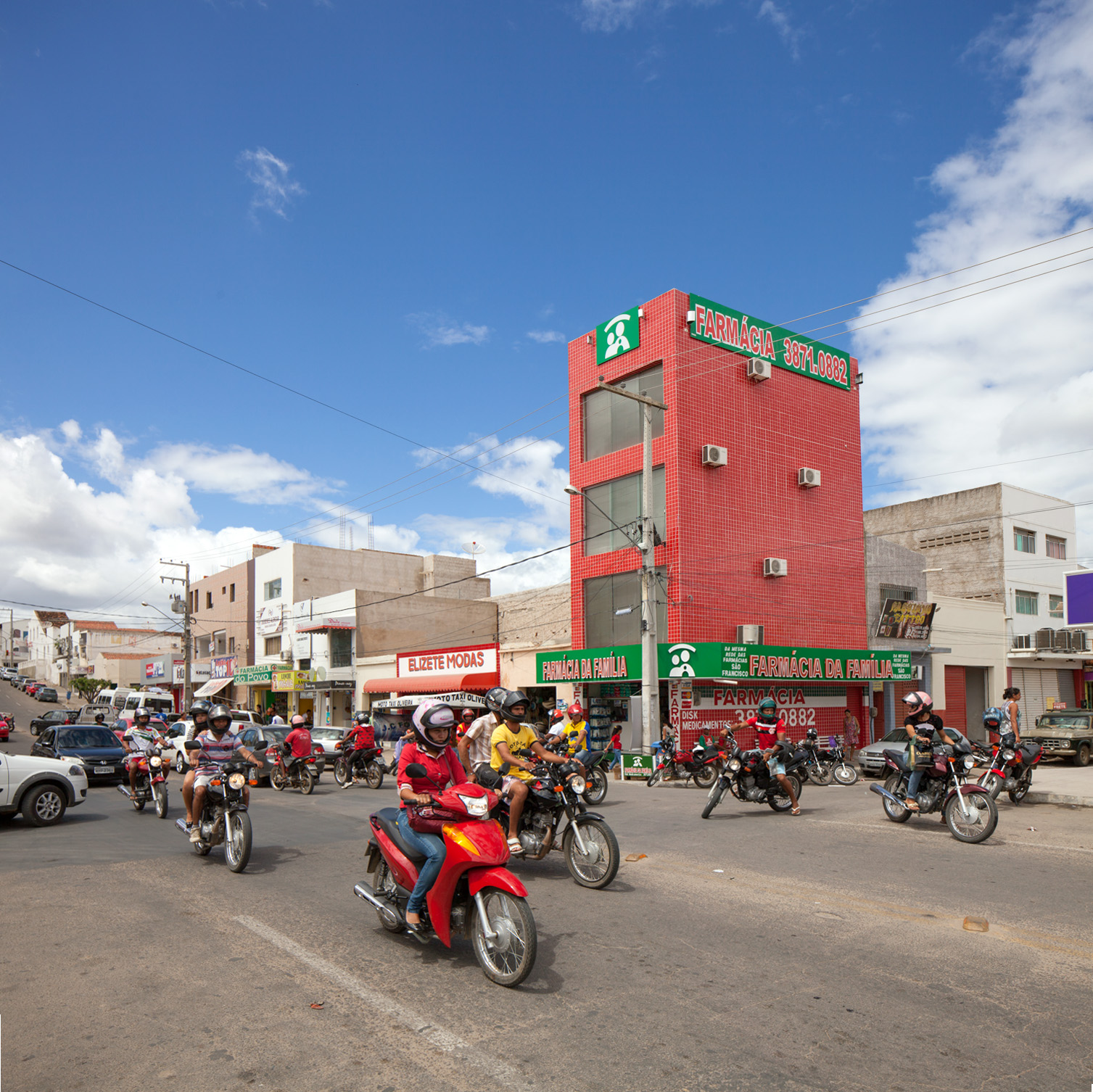 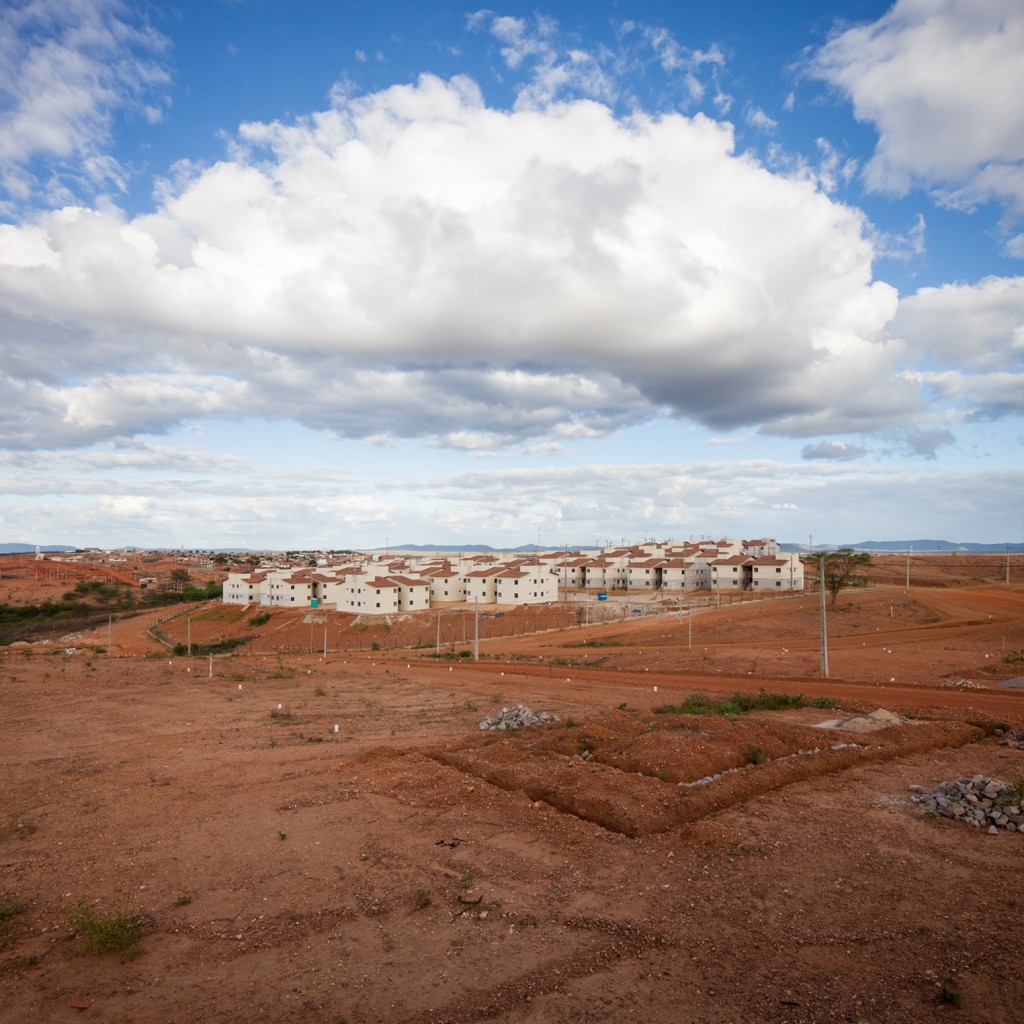 Salgueiro is nearly equidistant from almost every Northwest capitals. It is a crossroad of important infrastructure works in the area, like the São Francisco River transposition and the Transnordestina Railway, besides two highways: BR-116 and BR-292. The São Francisco River transposition aims at distributing water to 12 million citizens from 390 cities from the Agreste e Pernambuco backlands, Ceará, Paraíba and Rio Grande do Norte, with an estimated investment of R$ 8,2 billion; The New Transnordestina is a railway built to connect Elisey Martins, in Piauí’s South, the Pecém port in Ceará and the Suape port, in Pernanbuco, with a total of R$ 5,4 billions invested. Salgueiro’s GNP went up 69% between 2005 and 2010. Its population increased 9% in the same period. Because it lacks a public transportation system, the number of motorcycles faced a very high rise between 2001 and 2010: 206% 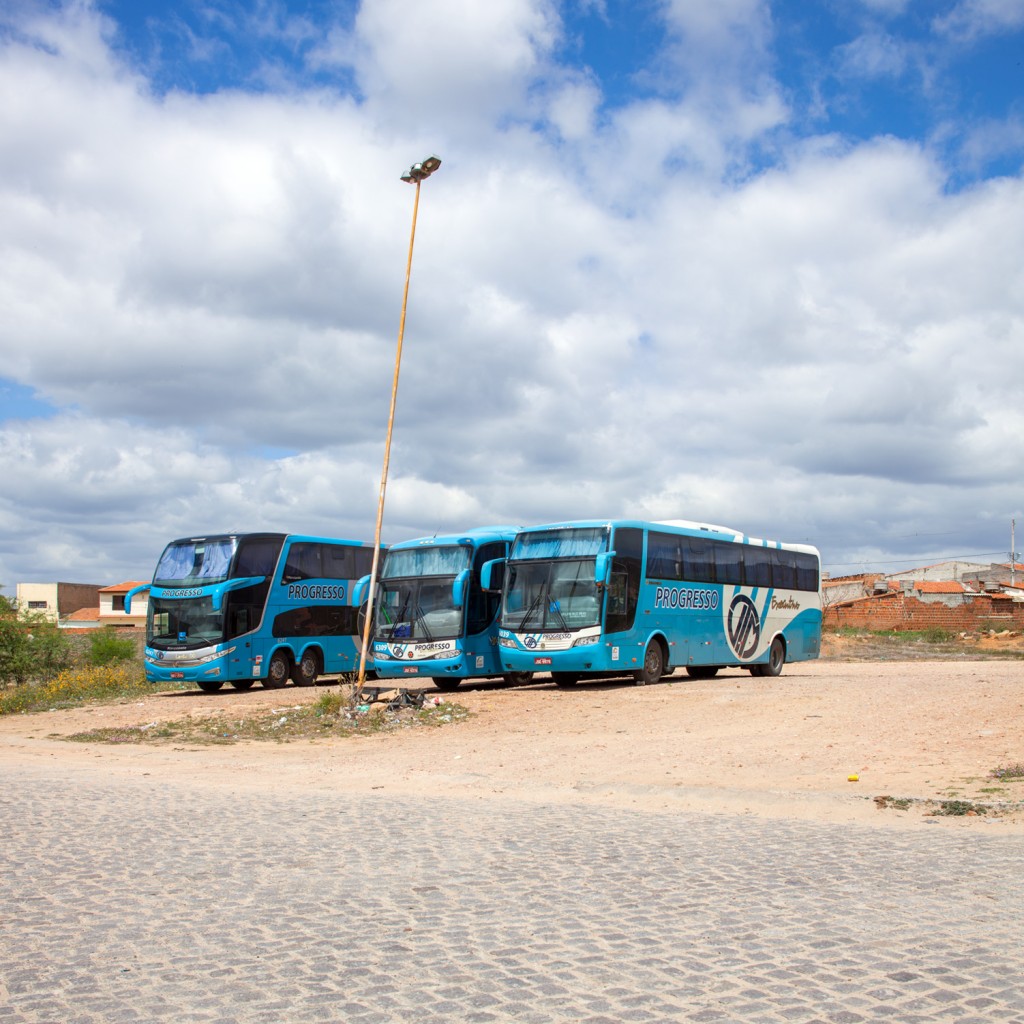 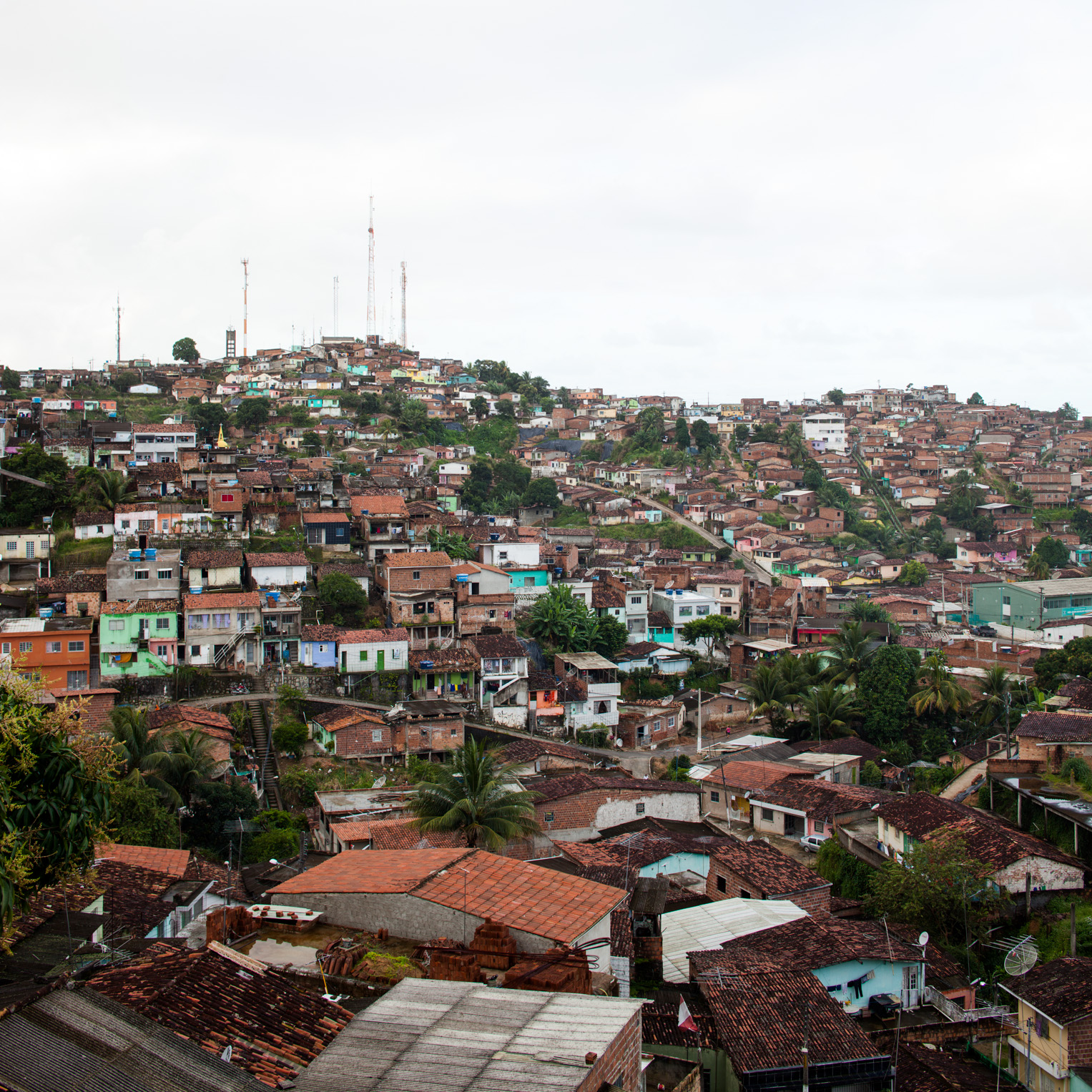 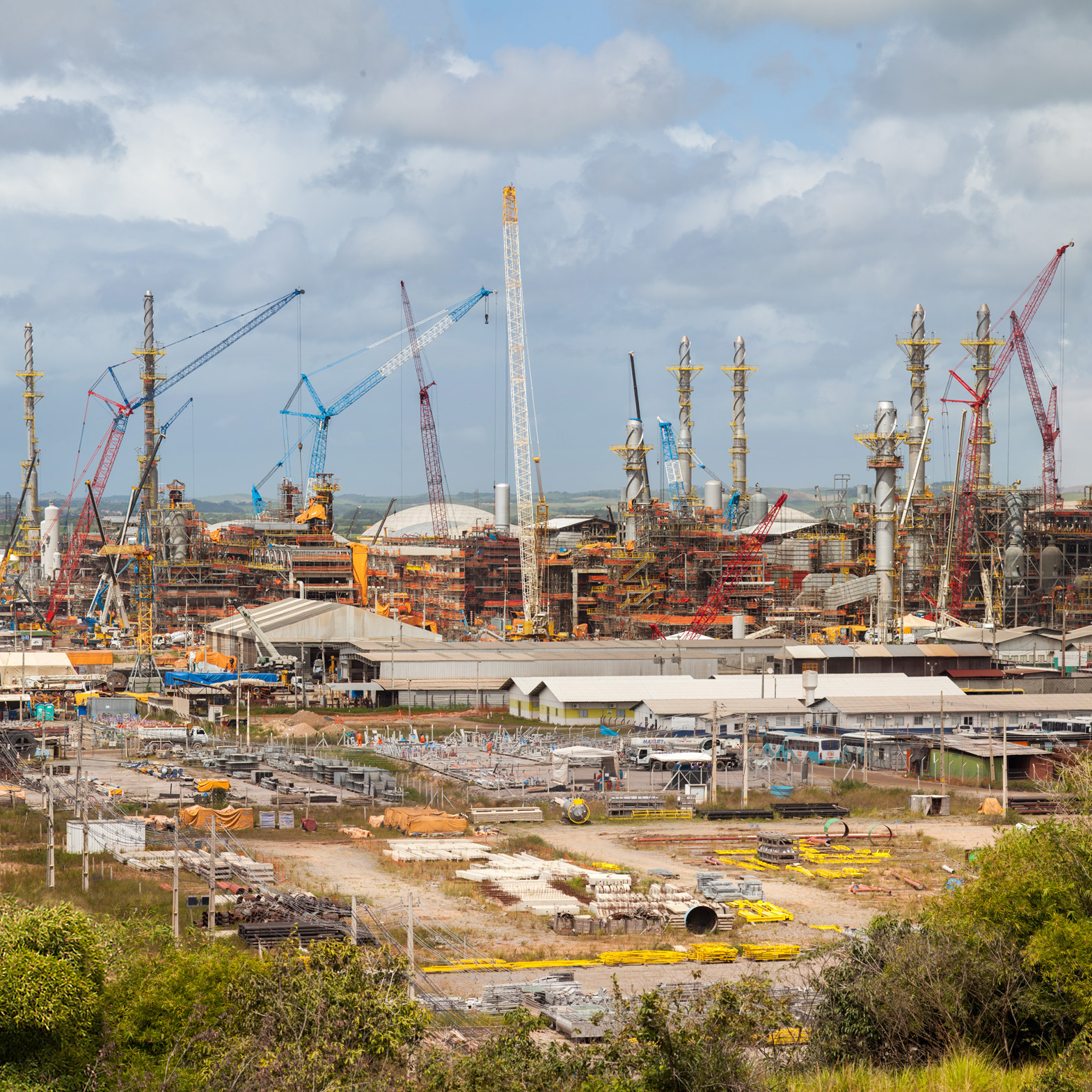 The Suape complex comprehends a port, a refinery, 80 established industries and 120 more to come. One of the Transnordestina Railway branches reaches Suape, leaving from Piauí’s countryside. A 1970s project, Suape was born in the 1980s but really developed in the 2000s, with the construction of the railway and the Abreu & Lima refinery. Under construction by Petrobras, it will be the country’s biggest refinery and will treat the crude oil from the Southwest’s subsalt region. The estimated investment is of R$ 25 billion. During its construction, some 40,000 workers will be employed. A Suape’s master plan exists, which foresees the impacts of the Abreu & Lima complex in 8 counties of Recife’s metropolitan area, besides its being located in the Ipojuca and Cabo de Santo Agostinho counties. Cabo de Santo Agostinho grew at a 21% rate and Ipojuca at 36% between 2000 and 2010. Currently, Suape can only be reached by precarious road access. Both cities saw their GNP rise a lot since the 2000’s. 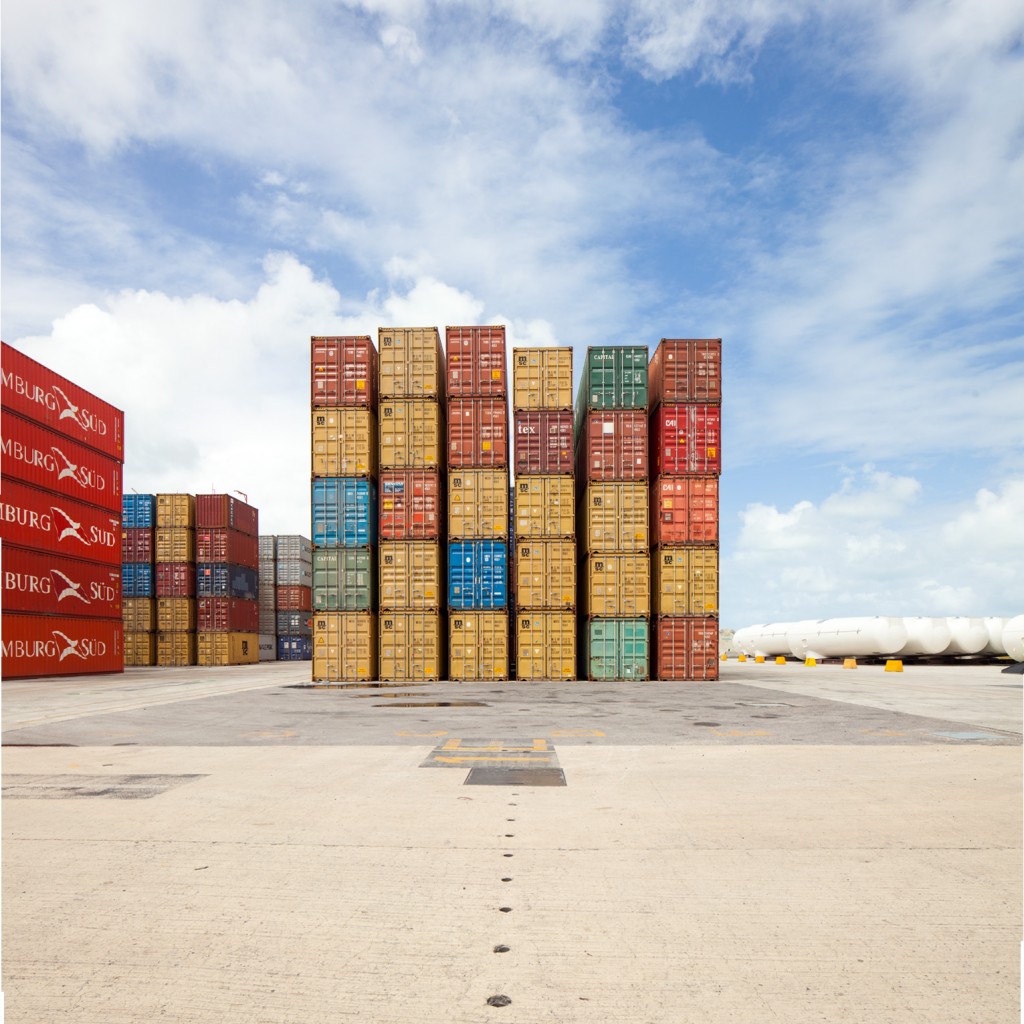 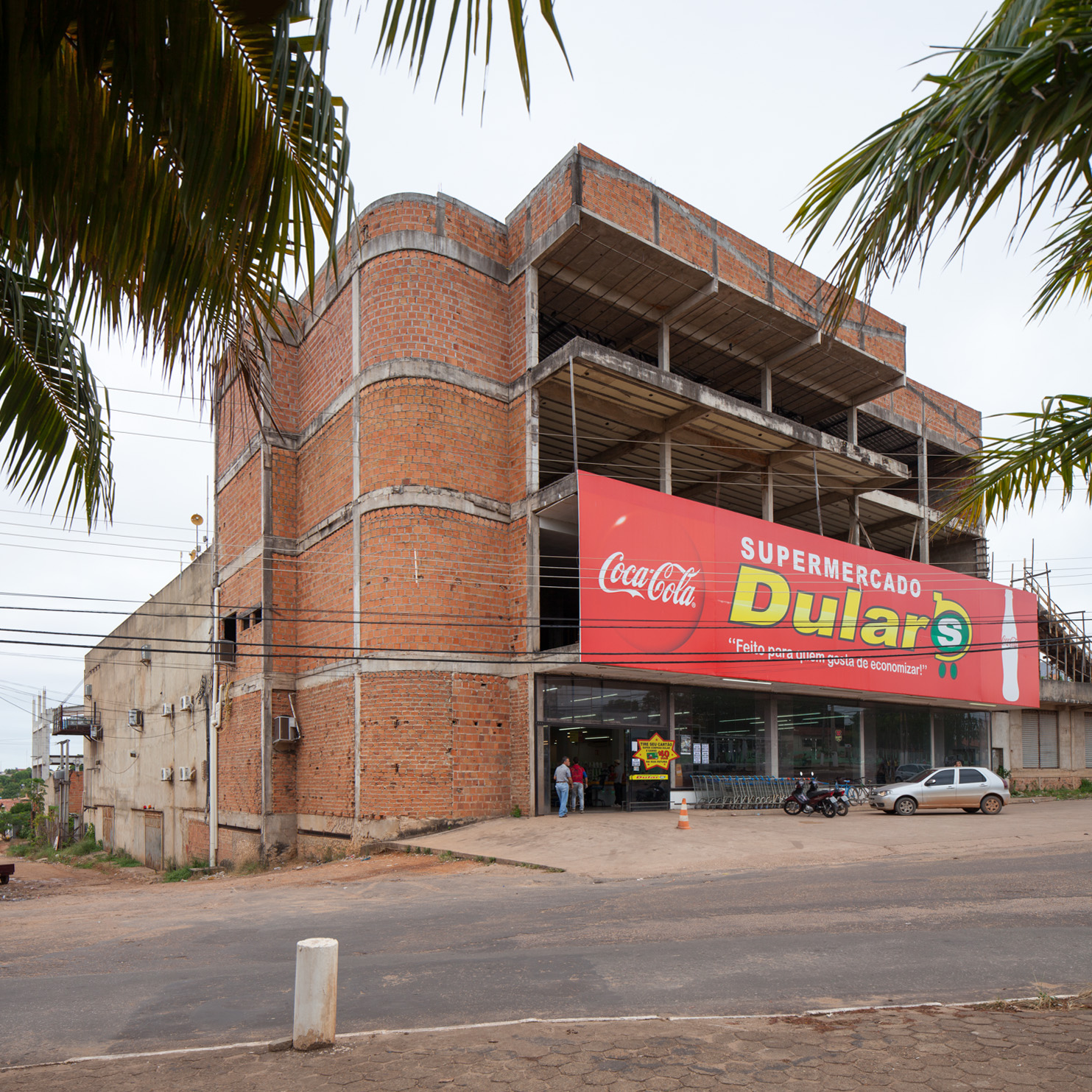 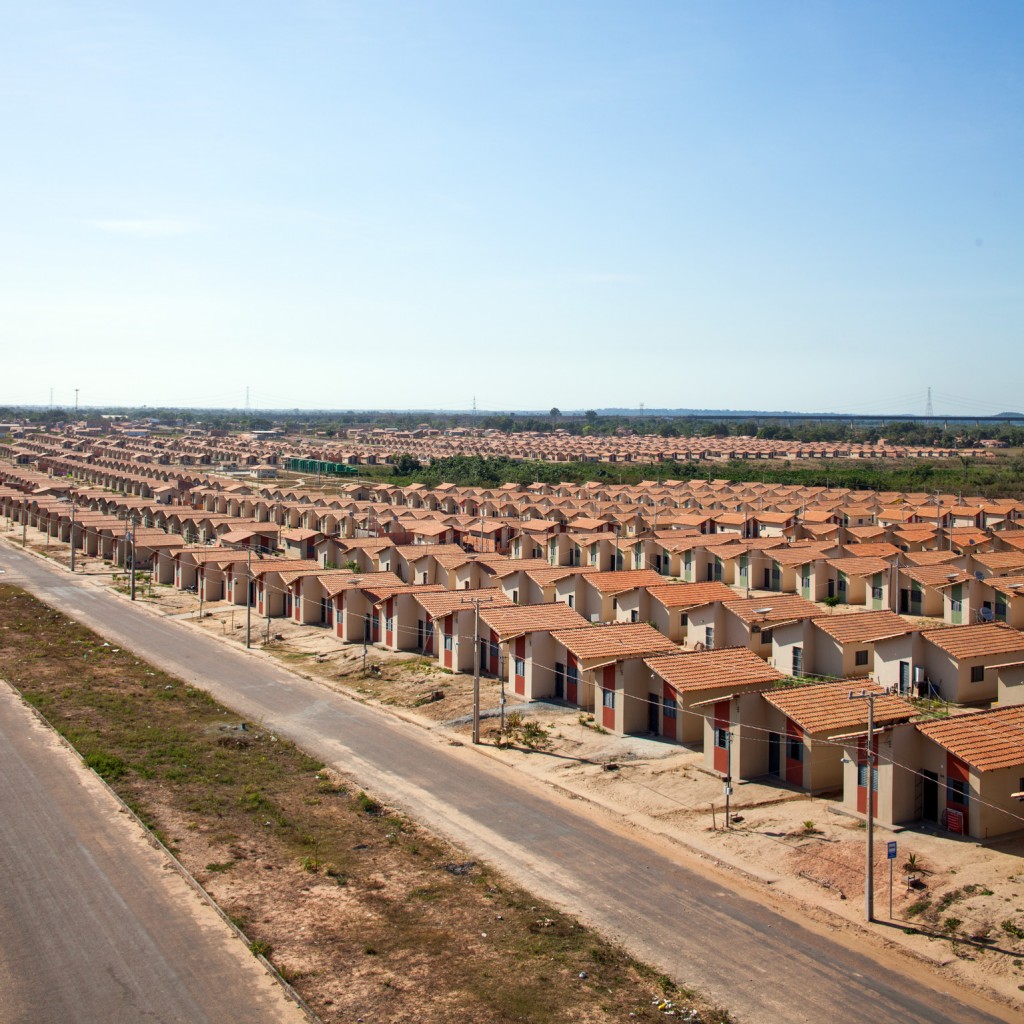 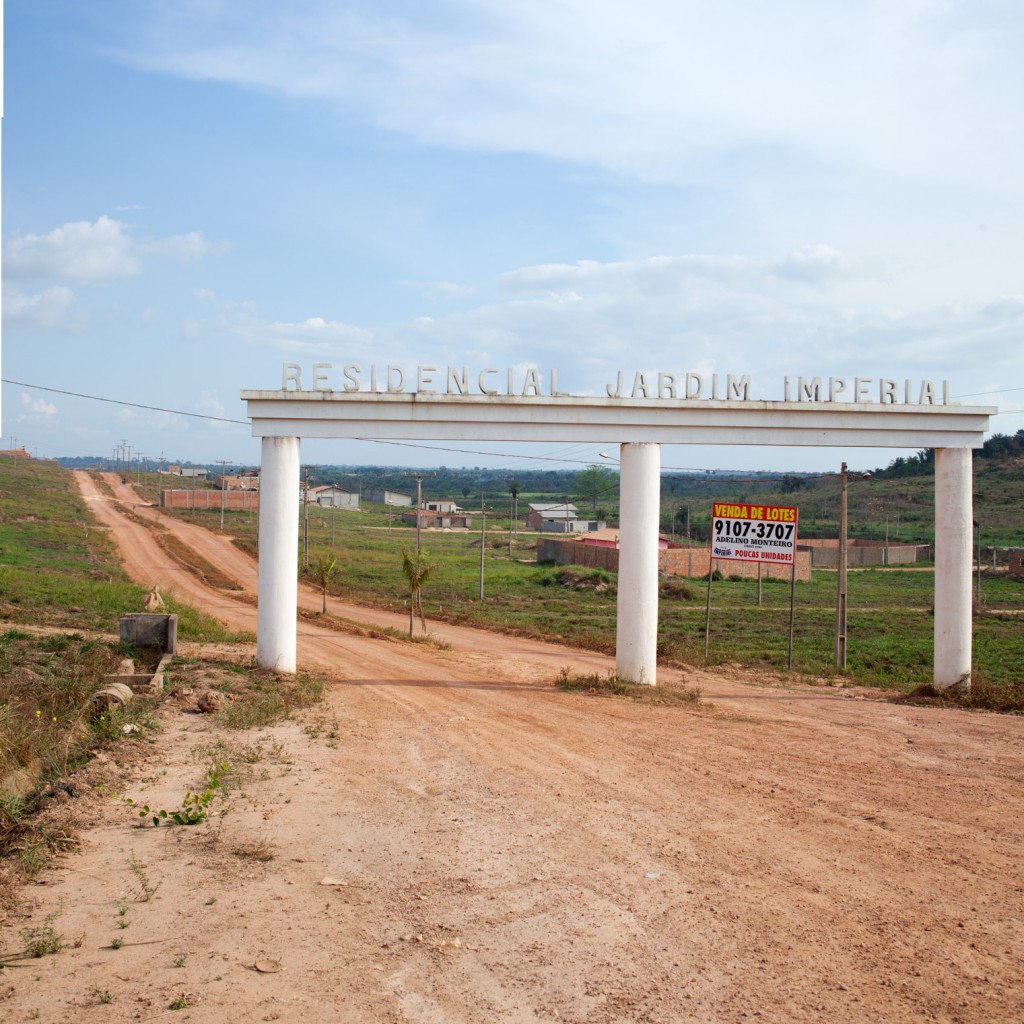 Marabá is the fourth biggest city in Pará state, with 233,000 inhabitants. Between the years of 2000 and 2010, the city saw its population grow 39%. Its GPN presented an extraordinary growth in the last years – around 244%. The town’s real estate market was warmed up by the arrival of Alpa – Laminated Steel from Pará, which led to speculation and new neighbourhoods, still empty. Until now, the company hasn’t started its settling in, a process that can still be canceled. It is the biggest county in the South of Pará and celebrates 100 years this year. Between 2000 and 2010 it had an 39% rise in its population. Known for having its economy tied to the steel industry, whose majority of companies closed doors in the last years. The ore extracted from the region is commonly exported in its raw form. With a thriving car market, Marabá licensed 2,389 vehicles between 2005 and 2010, a 170% growth in its fleet. 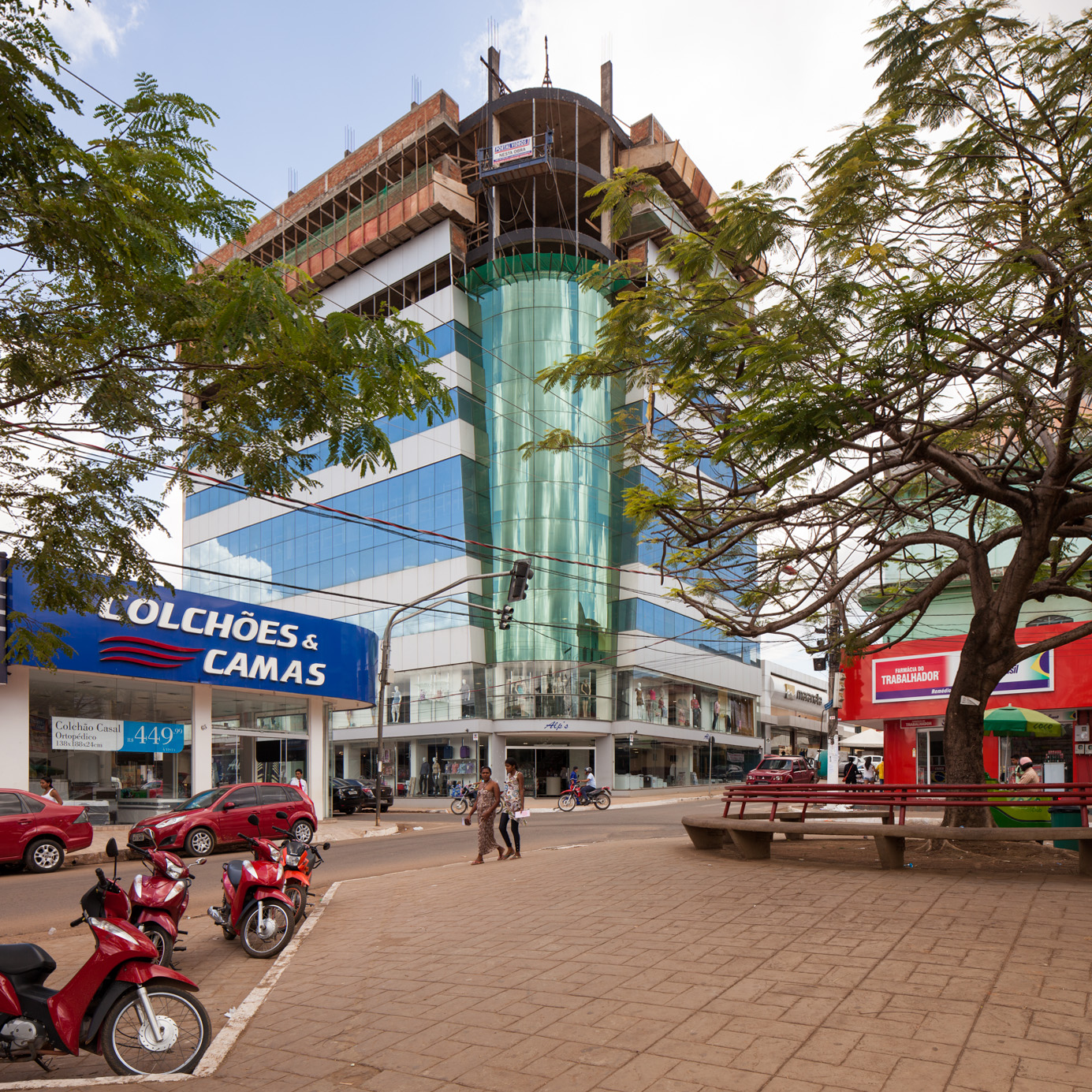 Parauapebas has existed for 25 years. It is where the Carajás Iron Mine is located, the biggest mineral province in the world. The ore is extracted and taken by the Carajás Railway to the São Luís port for exportation. The train has 332 wagons and 4 locomotives and leaves every hour filled with ore. Besides the cargo transport, it does six weekly trips for passengers, normally packed with migrants searching for work. In the last ten years, there was a 115% rise in its population, reaching 153,908 people in 2010. It has one of the country’s biggest per-capita GPN increases, but showed little growth in per-capita income. In the same mining area are the Serra Pelada open-pit mine, deactivated in the 1990s, and the S11D Mine, from Vale, which is under implementation in Canaã dos Carajás. Vehicle licensing in Parauapebas rised 272% between 2008 and 2012, going from 891 to 3,314 vehicles. 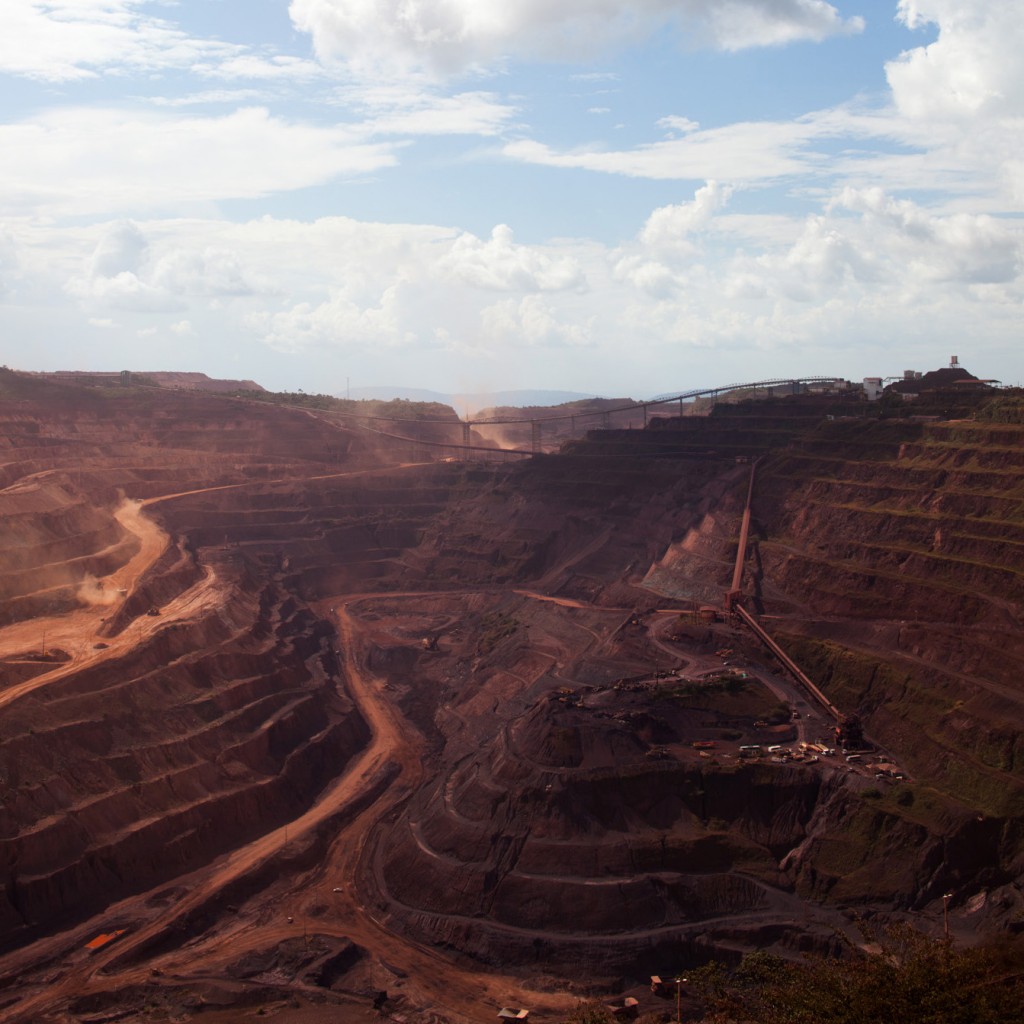 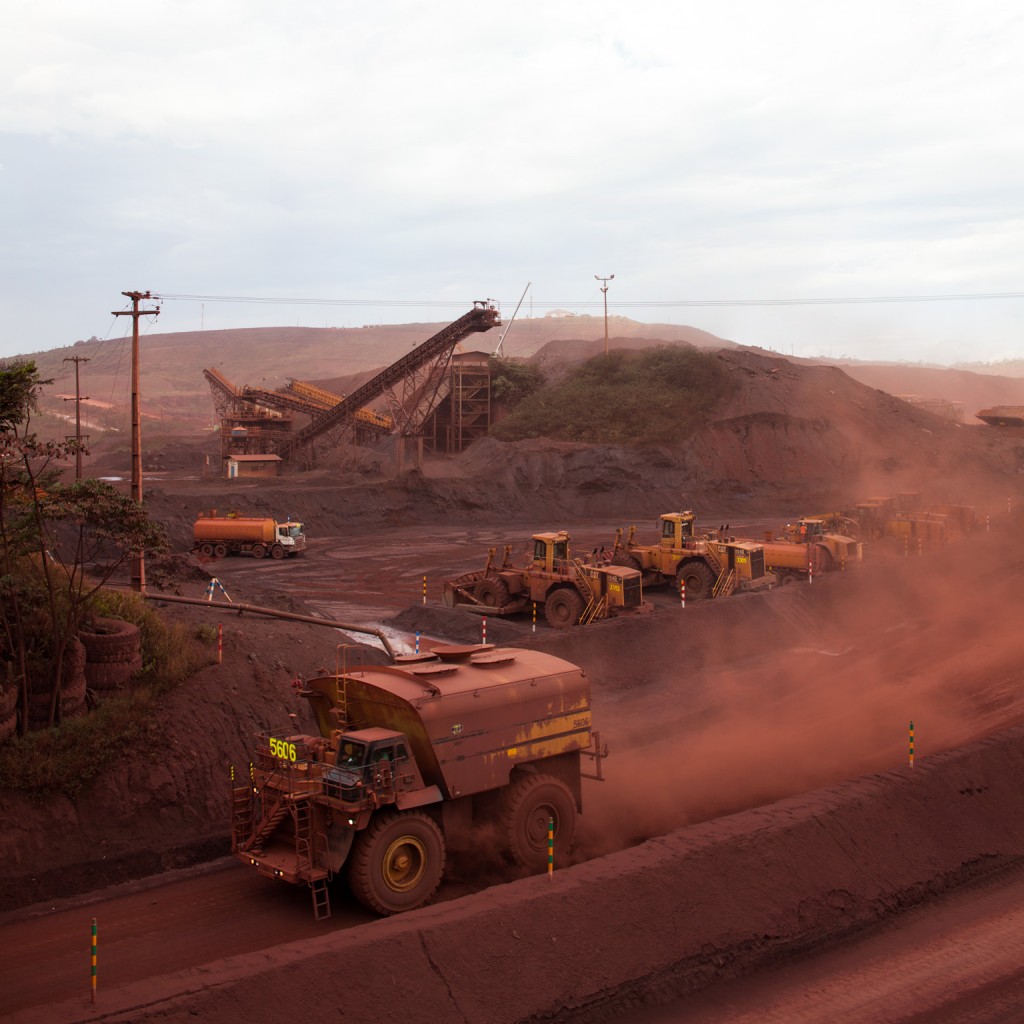 In 2013, between January and July, Parauapebas recorded the biggest commercial balance of all Brazilian counties, with U$ 5,1 billions. Exports summed up to U$ 5,3 billions, keeping it ahead of São Paulo (U$ 5,2 billions), Santos (U$ 3,9 billions) and Rio de Janeiro (U$ 3,4 billions) 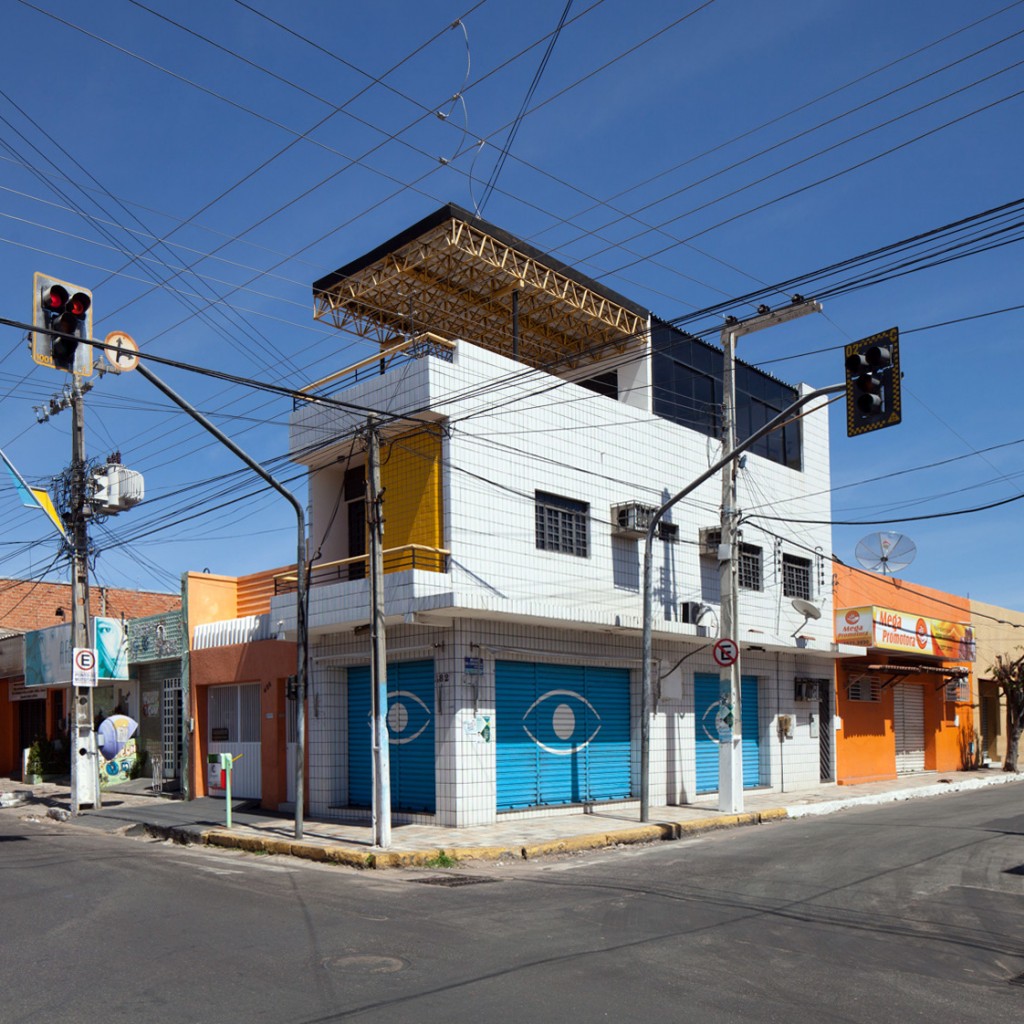 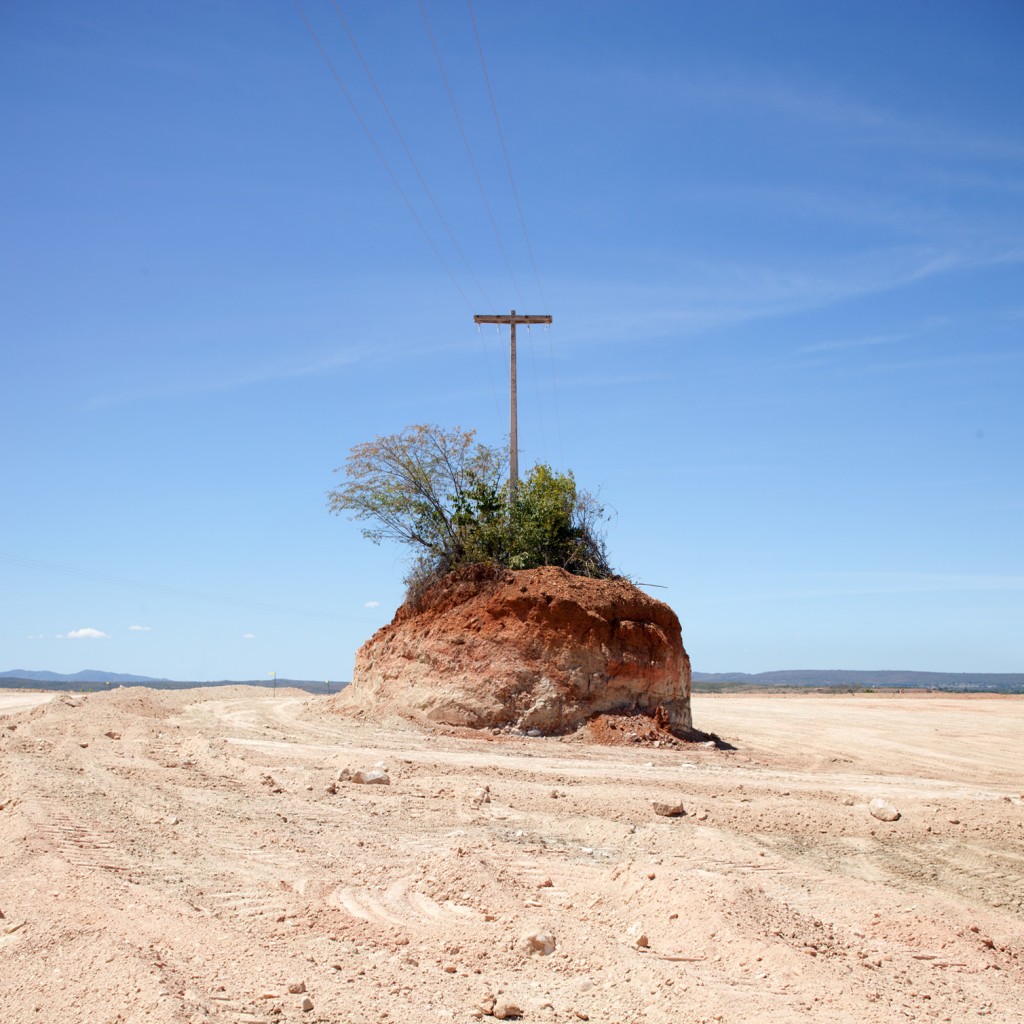 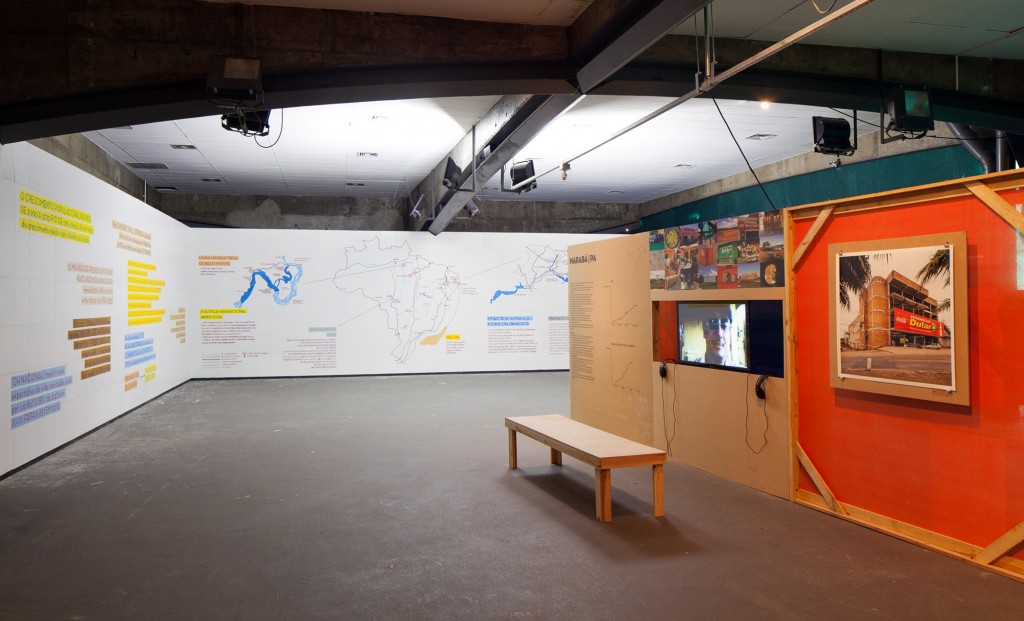 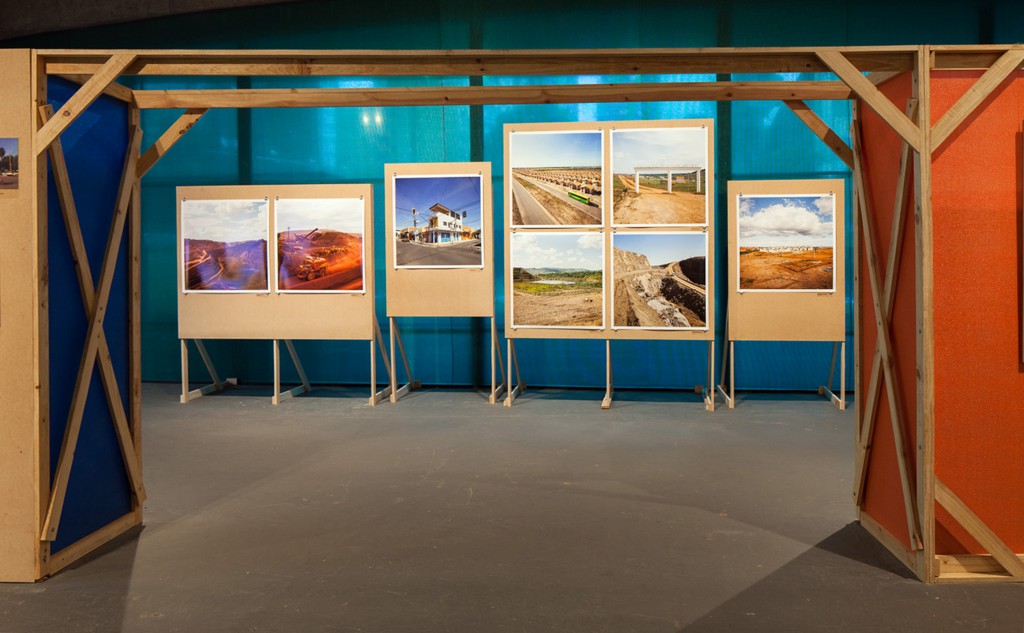